Trending
You are at:Home»Raw»Regional Activist Takes On the BORED Message in Sault Ste. Marie
By Guest Author on June 9, 2016 Raw

Editor’s Note: The piece below has been submitted by Caceila Doughty Trahan (CC). CC grew up in Sault Ste. Marie, surviving much hardship during her youth. At 24 yrs. old, CC just squeaks under the youth label. A natural born activist CC isn’t likely to let something as minute as chronology grapple the megaphone from her clutch. The lack of organized youth-led initiatives in Sault Ste. Marie has made it difficult for out-going youth to pass down the torch to the next generation of change-makers. The recent arrest of an 18 year old kid who graffitied ‘BORED’ all over town has prompted young people to organize and use the incident as an opening to voice their frustration with what they feel is a lack of youth engagement and opportunity.

The point of boredyouthsault is to bring together a group of anonymous youth encouraging the “BORED” message and youth engagement in Sault Ste. Marie. The Facebook page was created after his arrest, and the founders saw it as “a catalyst for change” to talk about youth engagement in Sault Ste. Marie. This was before I even knew who Kurt Stone was. I was invited by a friend on Facebook to become involved with the movement, and it really transformed as each day passed.

I only agreed to be identified, because I was asked to, so that the movement could continue to grow. 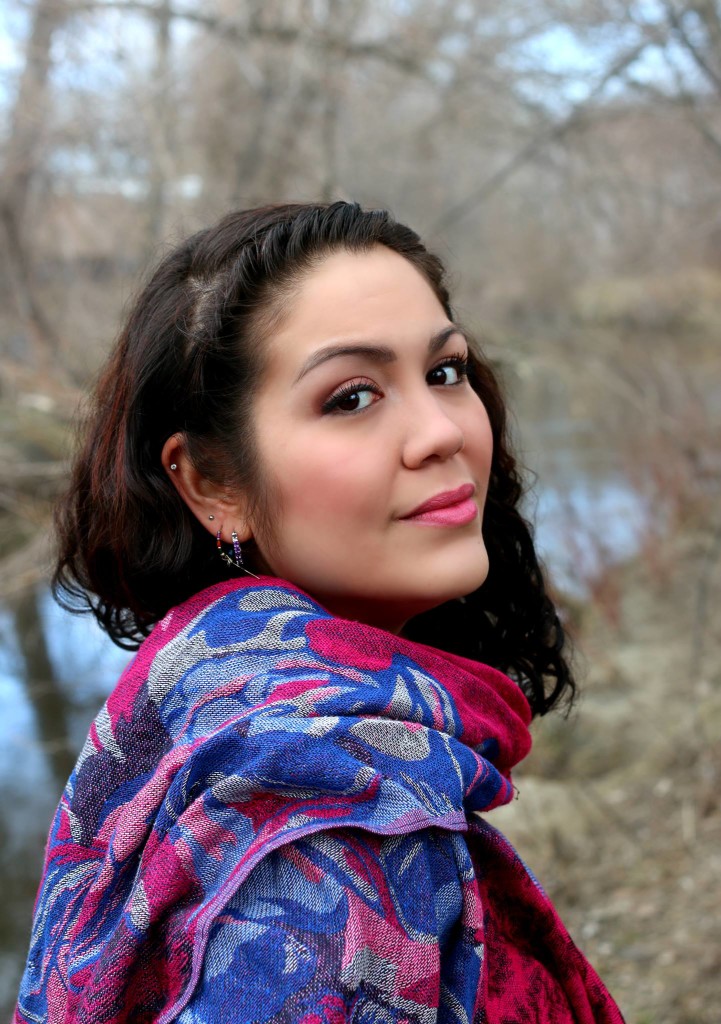 I was compelled to be a part of this message because I grew up in Sault Ste. Marie, and currently am involved with various community building organizations there.  I am a long time youth poverty activist and have recently become involved in women’s rights and sex trade awareness in Northern Ontario at large. I spent a large portion of time public speaking about socio-economic sensitivity and youth poverty in Sault Ste. Marie. Having spent some time working in the non-profit field in Sudbury, Ontario, specifically engaging youth, I was naturally on board with the BORED movement in the Sault.

The growth of boredyouthsault has been captivating to watch as over 300 people have liked the the Facebook page. Facebook stats tell us that this week 3,259 people have been reached, 557 people engaged with posts, in addition in less than 24 hours of the even being posted on Facebook, almost 100 people have shown interest in the #WeAreBORED gathering on June,13th  in front of the Sault Ste. Marie Courthouse.

There are some folks who have ranted and taken a negative approach, however there is a complete culture of people sharing what is available for youth in Sault Ste. Marie. There is a sub-group committed to what should be done to engage youth in Sault Ste. Marie. There are personal stories from youth and former Saultites who are living from coast to coast. The page has used “BORED” art to start a conversation with youth in a way that they interact. It truly is a phenomenon that I am honoured to collectively be a part of.

Some will say things along the lines of “why haven’t these kids contacted the mayor and council”. I don’t disagree that this would be a good idea. However, I do think it is important to note how many youth and citizens of all ages have engaged online; the relevance and value to what they are publicly saying.  I don’t want to make any enemies, and I joined to offer a solutions-oriented perspective. Maybe something really great can become of this.  I hope that Saultites continue to engage with boredyouthsault and use it as a platform to organize and negotiate real solutions to some of the social issues at hand for youth in Sault Ste. Marie. Maybe the City of Sault Ste. Marie could lead positive change in the north.

Regardless of where the youth of Sault Ste. Marie take this movement, one thing seems certain to me, there is a lot of qualitative data resulting in this serge of engagement.

“Whole time I lived here nothing much has changed. There’s lack of help from addictions to mental health and there’s nothing for youth or families to do and when there is it’s pricey and many cannot afford to do those things. This city has wanted to become a tourist attraction for many years but has shut down so many great ideas to be built even when the money was figured out and many people here were up for it!! With our steel plant going down its forcing so many to leave as theirs nothing else to keep anyone here. There is a lack of jobs, lack of affordable living, lack of attractions to go to or see. We have beautiful outdoors but there’s not much info as to where to go what to see etc. that I can even find. They’re making our transit system worst yet charging what bigger cities almost charge to take that transportation .. our city can change lights to help save money yet they can’t even afford to keep our roads and sidewalks clean in winters or maintain them properly .. everything about this city is questionable as to what they truly do with taxpayers money. You can go get a good education and still have to leave because nothing here and no jobs etc. I feel nothing is engaging our youth to stay here and it’s increasing them to do crimes or drugs when instead they could be doing something affordable if the city was to give us that.” ~ Danielle, 24 yrs., Sault Ste. Marie, Ontario

“The by-law [graffiti by-law]that is being discussed is a way for Sault Ste. Marie’s City Council to ignore relevant issues in our community. I believe the best way to address issues are to have youth involved in decision making and to have vulnerable voices heard in community matters. The best way to create successful change is to provide youth and young adults with a chance to feel like they can make a positive difference in this world, even if that positive difference is sharing their message through graffiti. 180 Projects Art on Gore Street is a network that engages youth in expressing themselves through art. City council should network beyond their own 2013 formed committee and find different avenues that save money and improve the quality of lives; rather than creating more by-laws and spending more taxpayers money.” ~ Amanda Jabour, 24 yrs., Sault Ste. Marie, Ontario

“Our tax money or the civic budget is already being spent reactively dealing with graffiti. Our approach should proactively examine solutions to youth disengagement, under-employment, crime rates and poverty. It’s not okay to vandalize private property, but it is far more unjust to spend tens of thousands more annually, to create a second by-law office. The funds could and should be better invested directly into the social growth and economic progression and retention of citizens residing in the City of Sault Ste. Marie.” ~ Kimberly, 26 yrs, Sault Ste. Marie, Ontario

“I’m now one of the ‘middle-aged’ people living here, but I grew up in the Sault, so believe me, I get it. Things weren’t all that dazzling in the 80’s around here, either. I work and save up money to get out of town anytime I want to have fun, road-tripping all over the Northern US, because there is nothing here at home to keep me around. I know it’s different when you’re young, you can’t just pick up and go whenever you want, but please don’t think we’re the enemy here. Many of us want a community that we can be proud of, one we don’t have to flee, in order to enjoy ourselves. It’s not just you, that’s affected by the apathy here. You have other allies, if you want them.

When I see City Hall spend $2 million to replace some trees on Queen St., I throw up in my mouth a little. Imagine what that money could have done, used in the right places? And then I see my city shovel over a million bucks out to a ski hill that isn’t even in town, while the young people here are left fighting over spots at a skate park, and using it in the dark, because they are too cheap to install lights for it. The key is to go after City Council, as a group, and force them to put the money they throw around, in the right directions. It can be done. They can be shamed into doing the right thing. People just need to get organized. Let me know, if I can help in any way, and good luck. You are not alone.” ~Ron, Grown-up, Sault Ste. Marie, Ontario

“I’ve been in this city along time. I’ve left as a youth and came back, growing up here most of my life, and into adulthood. I’m now 27. Throughout my childhood and still I see nothing has changed. Sault Ste. Marie has nothing for youth to do, with their time or their money, productively. So, “BORED” – hell yes, everyone’s bored here. The developing youth have way more free time to develop negative lifestyles here. I speak from experience. Like I said, I’m 27 years of age, I’ve been in a lot of trouble in my Sault life, “BORED” I was, partying with nothing else to do, leading to other drugs because of this, crime rates high, because there’s no jobs for you, no programming for youth, no actual safe places for youth in Sault Ste. Marie. It’s B.S. -half finished skate parks, no more teen dances, like there once was when I was young. This issue is out of my hands, and all of ours really. I’ve noticed when our leaders in Sault Ste. Marie get money it goes to unneeded government buildings, or who knows where. Crime rates high, the city is in my opinion training for future criminals. We have drugs everywhere, but nothing productive to do. “BORED” is art to me, it’s not ugly to look at, kid has talent, give our future world runners something to do. They are freaking “BORED” Crying out for help, with no response! Sorry for my rant.” ~Troy, 27, Sault Ste. Marie, Ontario