Trending
You are at:Home»Environment»Reggies’ Regulars: Accidental Birdwatchers
By Steffanie Petroni on May 27, 2016 Environment

Though it’s quite possibly the largest roost population of chimney swifts in Canada- right here in Sault Ste. Marie, it’s also the best kept secret in town. But for a handful of birders, most Saultites aren’t aware of the these tiny threatened insectivores that dramatically converge by the thousands in the Queen Street Canada Post Office chimney every evening from late May until September –that is except for Reggies’ Tavern regulars.

Quite unintentionally last summer, researchers with the Algoma Swiftwatch project discovered the ‘accidental birdwatchers’ when they were peddling flyers about the annual SwiftWatch night (see below). In a town of just over 75,000, Reggies’ Regulars made up the small handful of community members that were aware of, and had a front seat to the chimney swift phenomenon- all going down right across the street from their favourite watering hole.

The Northern Hoot decided to check in with the fixtures at Reggies, to take stock of their thoughts about Sault Ste. Marie’s distinct honour to host thousands of chimney swifts every summer. 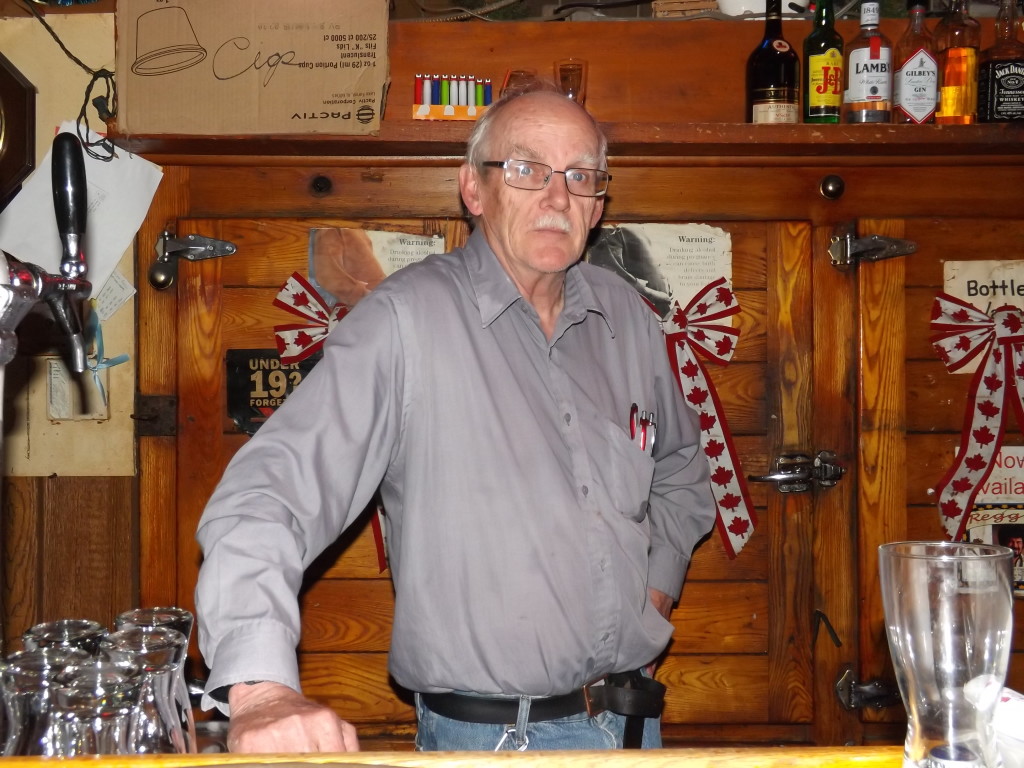 “I noticed the swifts for the first time three years ago. I’d heard people mention them before that but I’m inside all the time.” Max isn’t a smoker. “A lot of the folks thought they were bats. They’d just be swarming around- lots of them. Some years there’s more. Some years you don’t see so many. Sometimes you think it’s never going to end. They keep coming and coming and coming.” ~ Max Stringer, bartender/bad-ass, Reggies Tavern 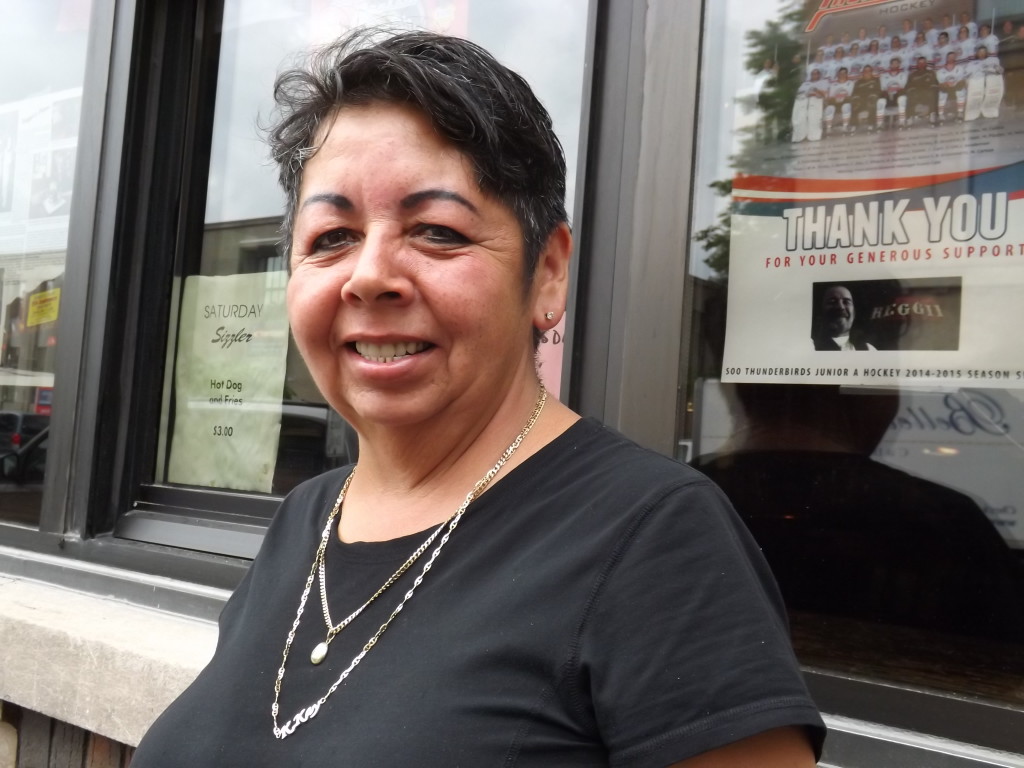 “I’ve seen the birds but I first noticed the people that were watching them! They’d line up with their tripods. I think they were birdwatchers. It’s people-watchers watching bird-watchers! But the funniest part is the seagull watching the birds.” ~ Kay Dokis, Reggies Tavern Regular 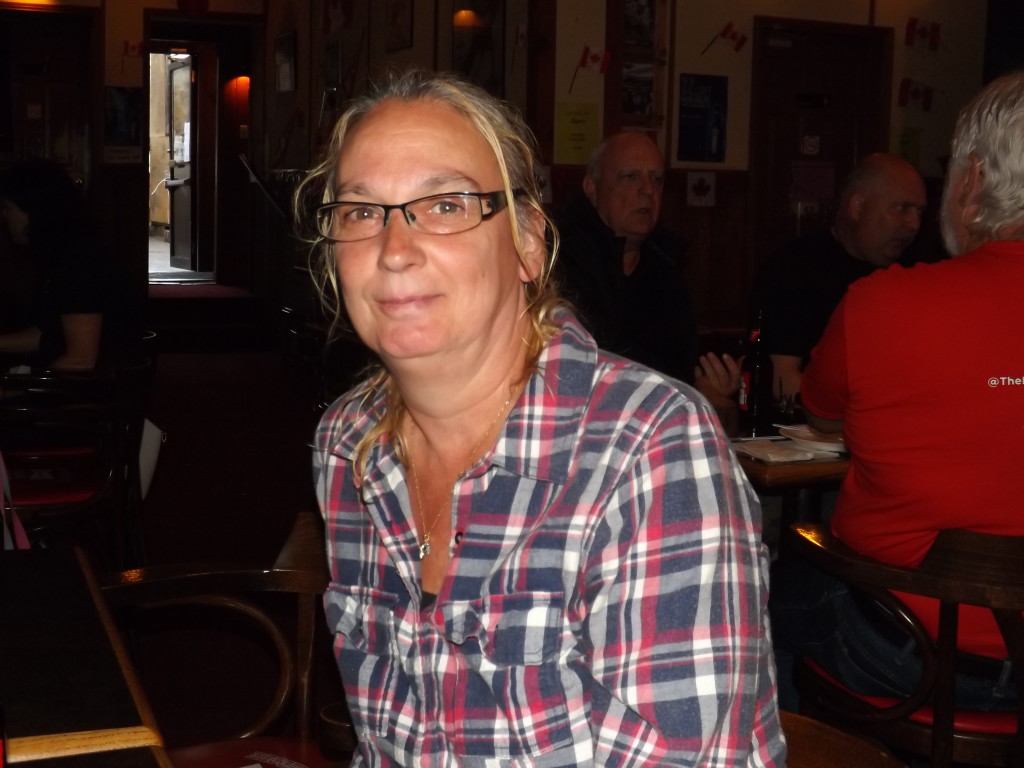 “I was here one night last summer, and my friend was looking at something. I thought it was bats. It looked like millions of them!” ~ Betty Peiffer, Reggies Tavern Regular 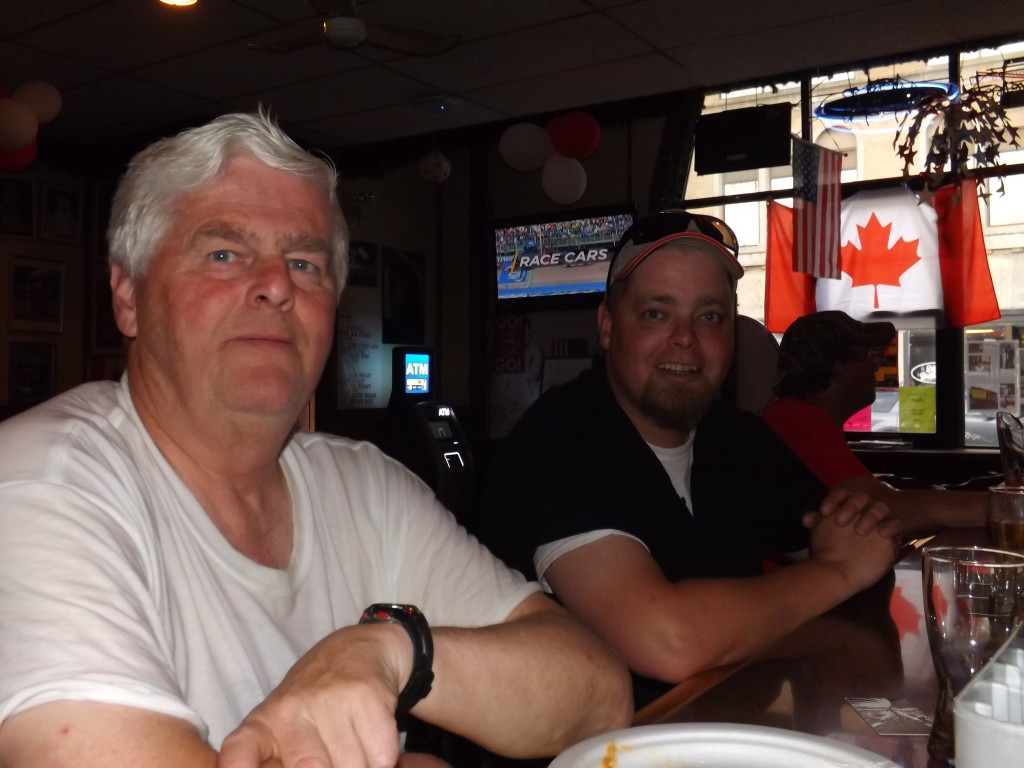 “Last year we saw them. We didn’t really know what they were. The come in big swarms.” Jim and his son, Junior, only found out recently that the creatures entering the Post Office chimney were chimney swifts due to recent media coverage. “All these birds are swarming around and a couple of seagulls land on the chimney. Then they dive down into the chimney.” ~ Jim Ellis, Reggies Tavern Regular (left)
“I saw them about a week ago for the first time –going in and out of the chimney. And I didn’t really know what they were and then I saw the seagulls hanging out.” Like many of Reggies’ Tavern accidental birdwatchers, Jim Junior was standing outside for a smoke when he first discovered the birds. “When you’re out there having a smoke you just look up and they’re all up there flying in a circle.” ~ Jim Ellis Junior, Reggies Tavern Regular 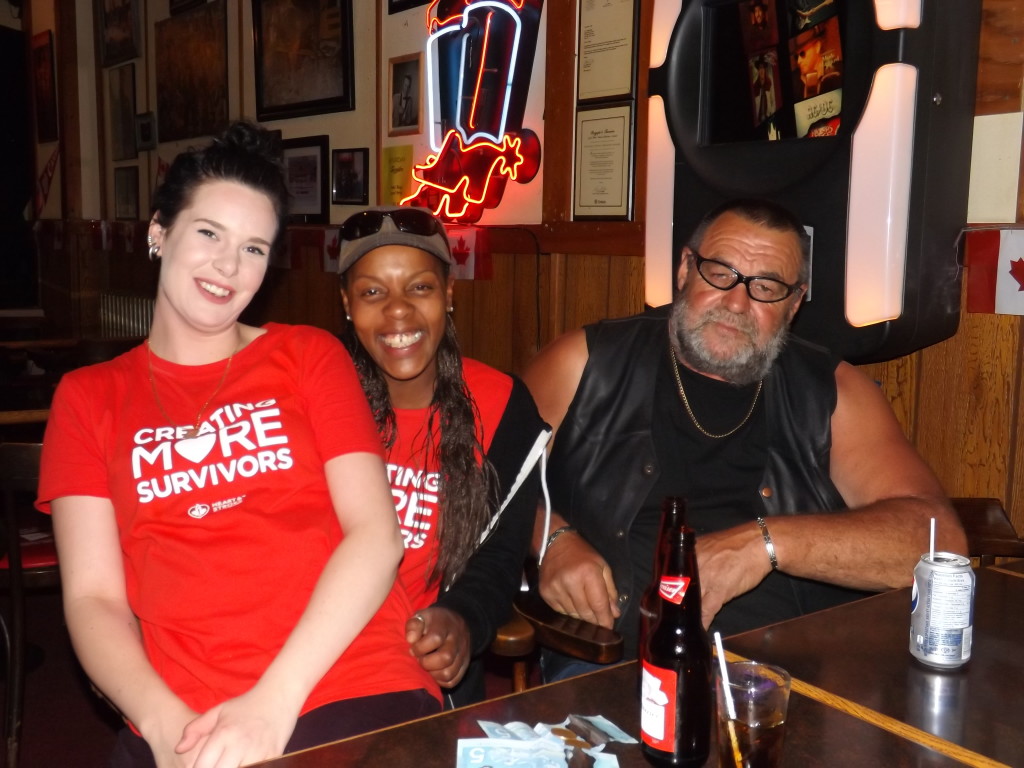 “You’ve got to see them! There’s thousands of them! They swirl and dive into the chimney at the same time. First the seagulls sit up there and then there’ll be one or two or three little birds and then the swirling starts. It looks like a black tornado. At first I thought they were bats and I was almost freaked out. But they’re birds- they’re called chimney swifts. It is so awesome to see- a bit creepy, but awesome! It’s cool to watch.” ~ Sholanda Joseph, Reggies Tavern staff (centre)

Before you go, make sure you check out the details about this Saturday’s SwiftWatch event below!

Swift Night Out is fast approaching! Everyone is free to come down and join us on May 28th as we watch our Chimney Swifts enter the roost! Entertainment, activities for families, food, and refreshments offered at the event!