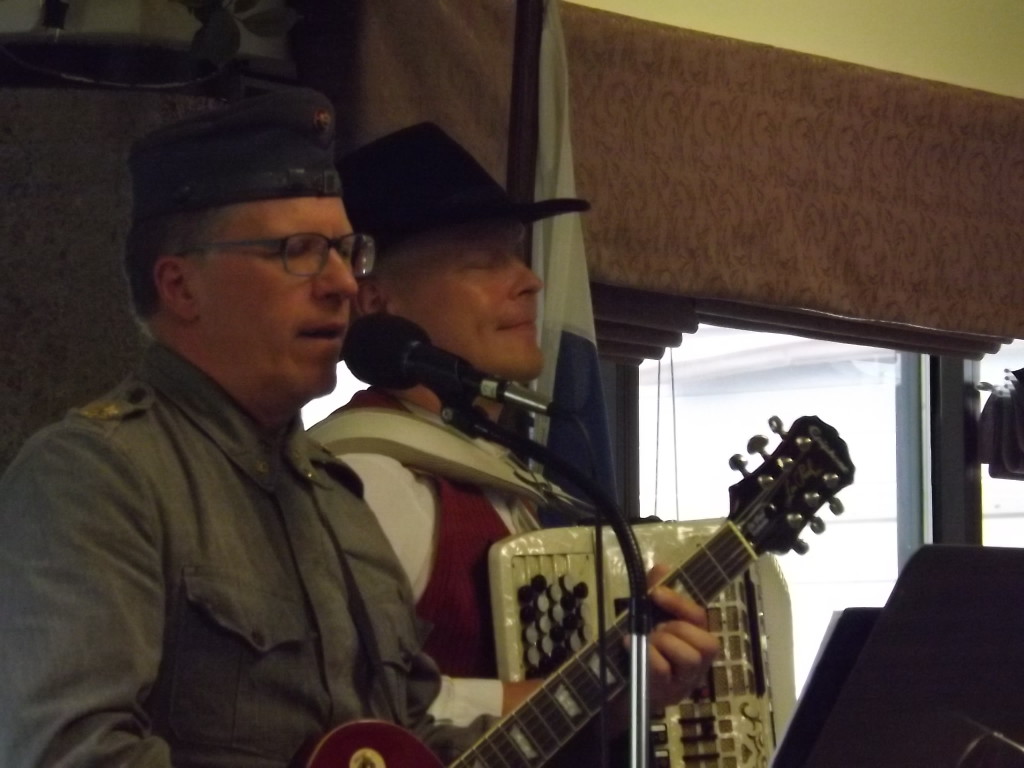 “You know the Finnish Formula One driver- Kimi-Matias Räikkönen? The call him ‘the Iceman’ because he don’t speak, he don’t smile,” chuckled Heikki (right). “Yes,” laughed Raimo (left). “We are like that- kind of icemen.”

It was a chance meeting this week. Raimo Salo and Heikki Jokiaho we’re gracing Sault Ste. Marie all the way from Finland. Raimo from the small municipality of Kyyjärvi and Heikki from Lehtimäki – a township within Alajärvi, Finland.

“We have had very nice trip here and this is kind of an adventure. It felt good when we came here from Toronto and saw trees and fields and water and animals- it felt very familiar, like at home. This is very impressive to be here in Canada- this people is very open-hearted and a very liberal country,” smiled Raimo.

“Yes,” agreed Heikki. “We Finnish are so calm and quiet. We don’t speak so much because we have to drink so it impossible to drink and speak at the same time you know.”

Heikki laughs at his joke, and so do Raimo and I. Raimo adds, “Oh yeah, after a couple of drinks we talk!” 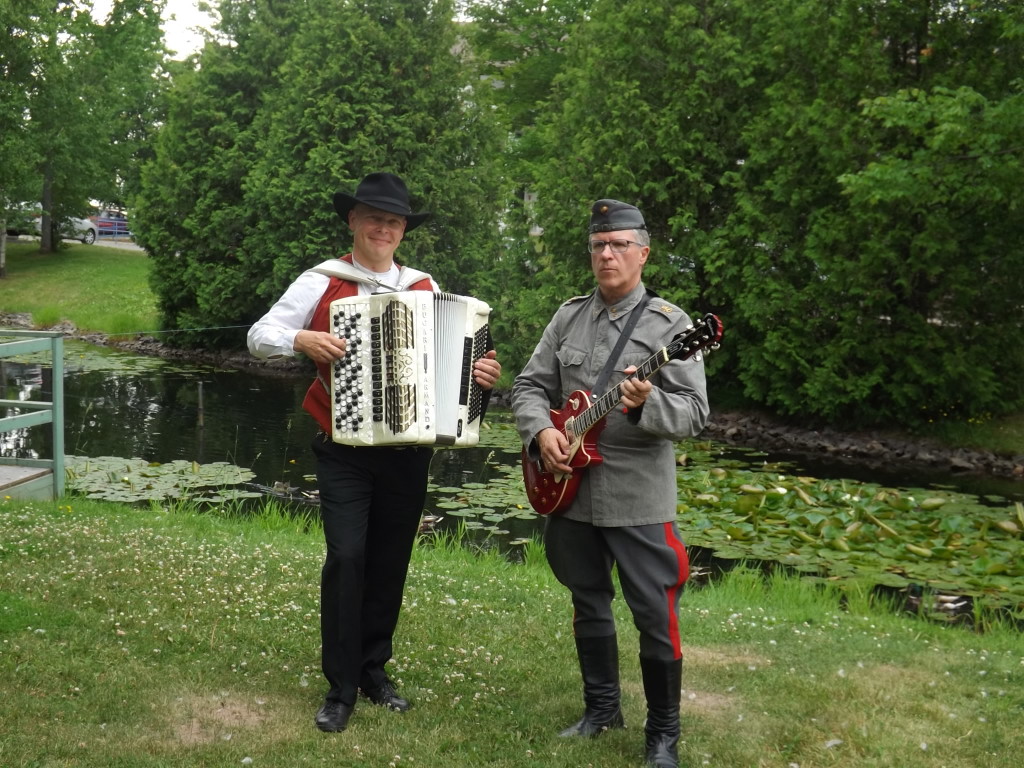 This is Heikki’s (left) first visit to Canada and a second visit for Raimo (right).

Thanks to sponsorship from The Union of Front Veterans of Finland, Lotta Svard Foundation and the Finland Society these two accomplished musicians have been able to make the visit to honour Finnish veterans living in Ontario. The duo performed at FinnFest 2015 in Toronto and played a few gigs in Sudbury, the Sault and Thunder Bay.

“We decided to spend two weeks of our vacation in Canada meeting Finnish war veterans. We are musicians so we play and sing to them and bring also regards from ex-homeland,” remarked Raimo. The pair do not receive a fee for their performance.

“Our work is voluntary because our fathers fought from 1939 to 1944 against the Soviet Union. This is our way to pay our debt to war veterans and we also cherish their national heritage by doing this,” said Raimo with stoic sincerity.

Both Raimo and Heikki grew up in rural Finland and have a farming background. “We are country boys,” smiles Heikki.

“No –we are urban cowboys,” laughs Raimo. 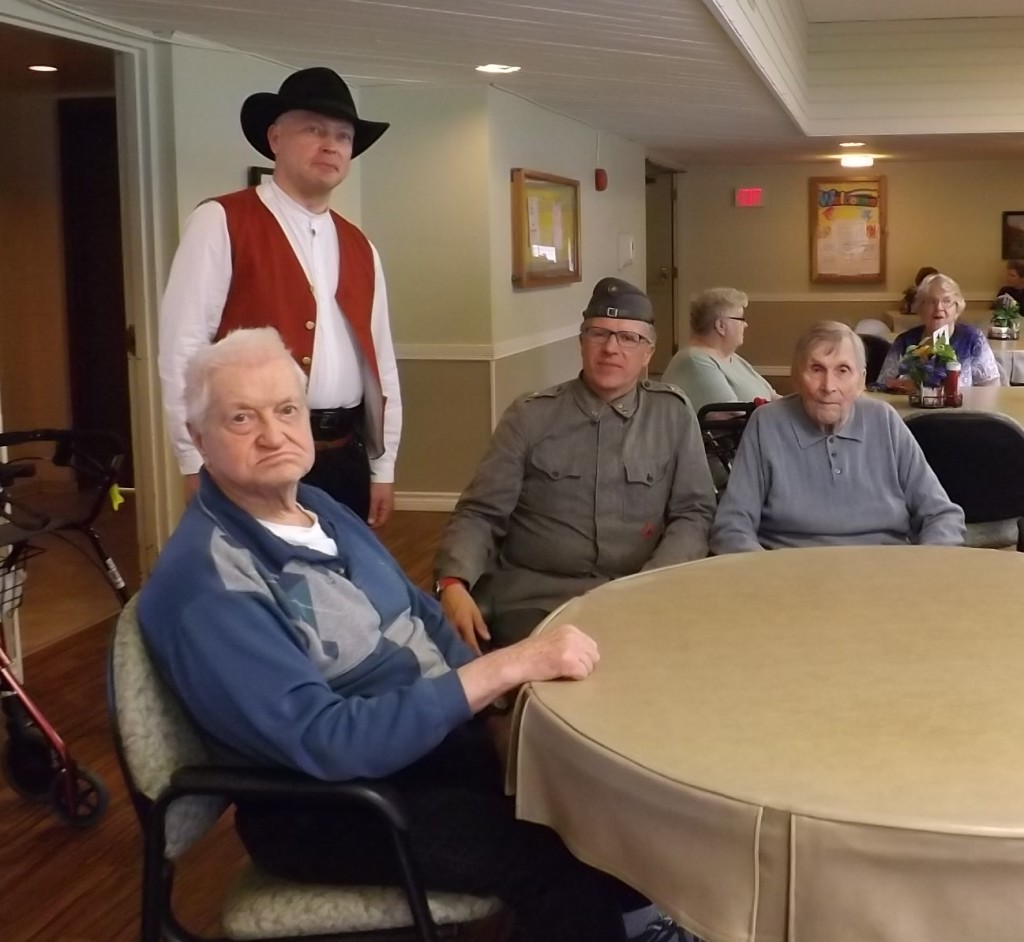 Finland has been an independent republic since 1917. Between 1939 and 1940 the country fought in three back to back wars. In 1939 Finland was attacked by the Soviets in the Winter War. This led to the Continuation War with the Soviets which lasted from 1941 to 1945. During the last year of the Continuation War, the Finnish were also defending their country against the German Army. The Lapland War efforts were considered by Germany to be a part of the Second World War. The Finnish were successful in forcing the Germans to retreat to Norway.

In Finland conscription is compulsory for all adult males 18 years or older and may choose military or civilian service. Finnish citizens refusing their duty face a penalty of up to 173 days in prison. There are an estimated 26,000 war veterans and 16,000 Lottas in Finland. A Lotta is a woman that voluntarily entered into service typically serving in roles such as nurses, typists and translators.

Raimo Viitala is the Honorary Consul Consulate of Finland in Sault Ste. Marie. There are approximately 3,000 local citizens that are Finnish or claim Finnish heritage. There are only 6 Finnish veterans residing in the Sault.

“The War Veterans Society in Canada invited Raimo and Heikki to come up,” remarked Viitala. “In Finland there is a lot of pride in their Veterans. Finland has historically a lot of ties to their veterans. They have a lot of social programming and rehabilitation services for their vets. Our Finland neighbour is Russia- so that’s always been a reason to be wary of their situation.” 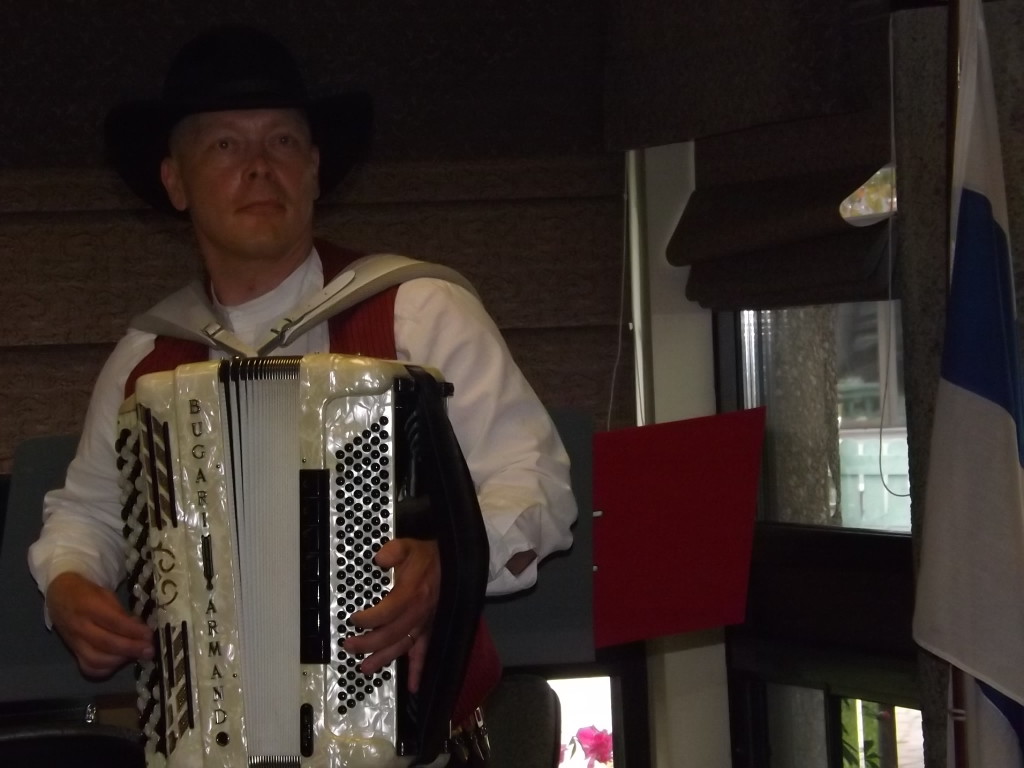 Heikki Jokiaho performing for the residents of the Ontario Finnish Resthome.

Raimo and Heikki put in two enthusiastic performances to residents of the Ontario Finnish Resthome while in the Sault. “Finns feel very strongly about taking care of elders and this same belief and philosophy is very evident in the operations of the Finnish Rest Home,” remarked Viitala.

Heikki is an accomplished musician. Currently he teaches accordion, music theory and music history at Alajarven Musiikkiopisto, Music School of Alajärvi. He picked up the accordion when he was 10 years old. “I wanted to, it was my own idea. My father also played an accordion. He wasn’t a professional player but it was his hobby.”

Although it was like trying to find a needle in a haystack you can listen to Heikki going rogue all over this instrumental cover of ‘The Abyss of Your Eyes’ by Stratovarius. You’re going to love the accordion if you don’t already. 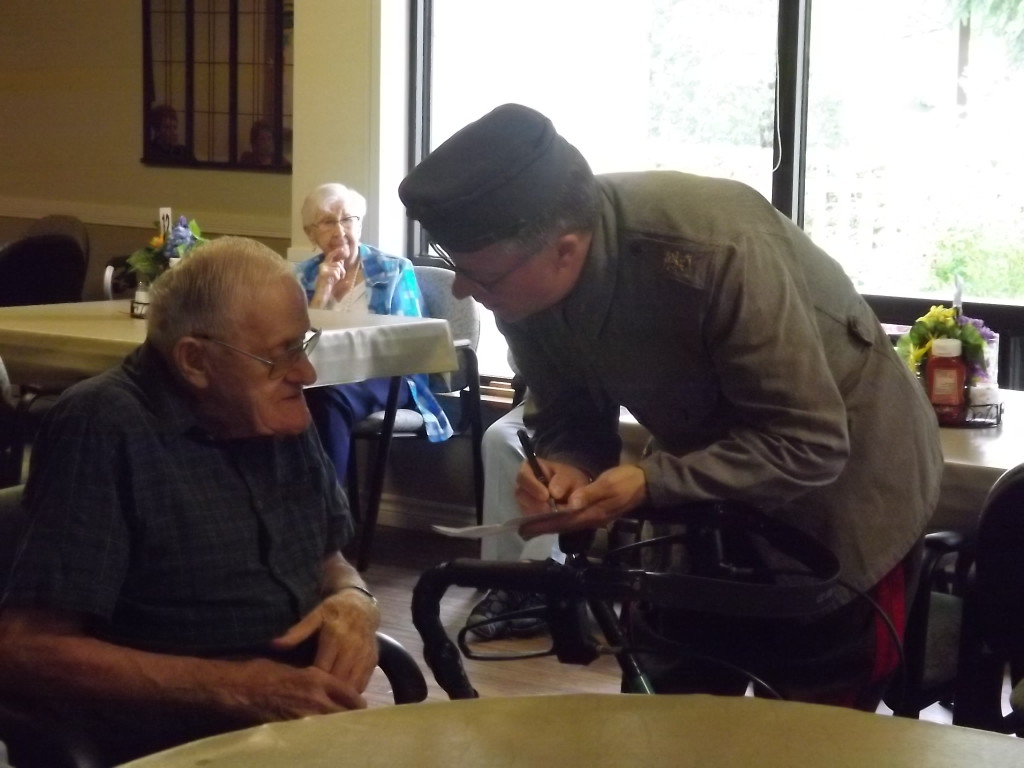 Raimo retired from the military as a 1st Lieutenant. He is also a renowned musician and singer. You can hear him demonstrating his singing chops here. As well, Raimo is a documentarian having produced several television documentaries for the Finnish Broadcasting Company, TV- Channel 7.

Raimo and Heikki are hoping to travel back through Canada in 2017.

Of their visit this summer Raimo remarked, “We thank Canadians. It is a great honour to be here. This doesn’t happen to many artists and musicians from Finland. We have a good chance to meet great Canadian people and our veterans who are not a long time among us anymore. The average age is over 90 years. And when they are gone it is our duty to take care of their heritage. That’s what we are looking for here- Finnish veterans. And we will come back.”