Trending
You are at:Home»Environment»Dumping in a Wetland? Children Know Better.
By Steffanie Petroni on November 18, 2015 Environment 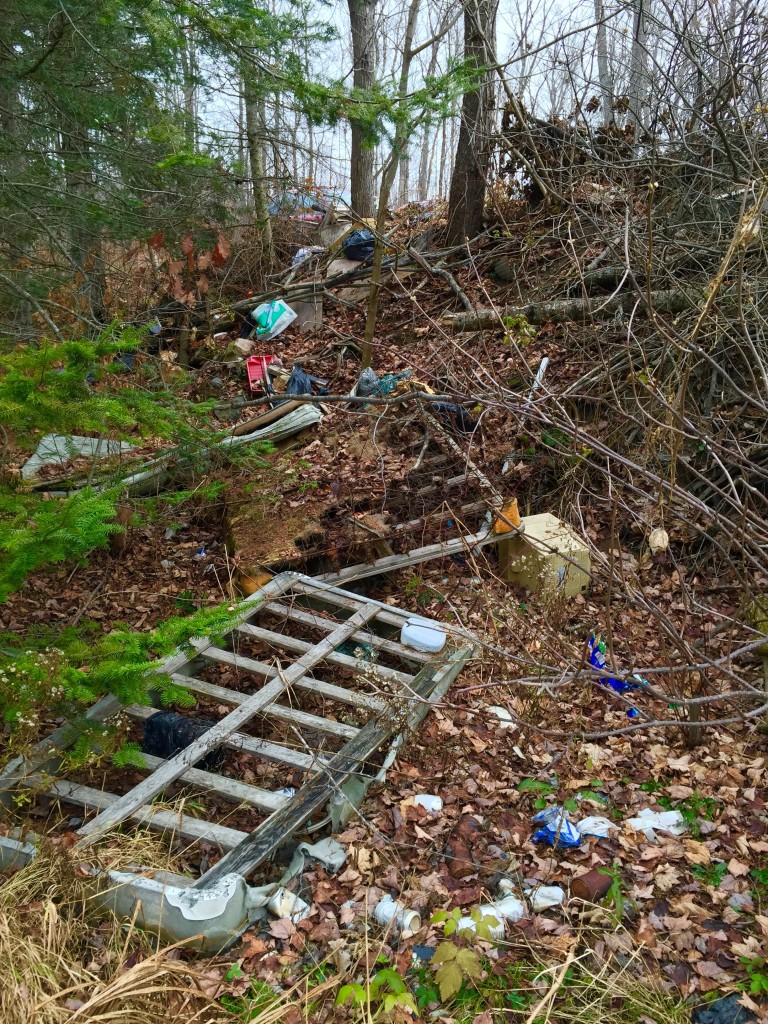 Accumulation of trash. Begins at the top of this embankment and works it’s way down to a stream below.

Michelle Monette and her children were gearing up for a big science fair when 6 year old Jacob thought it might be interesting to explore the life cycle of a frog. In their preliminary research the Monette’s discovered science’s conclusions that water pollution is contributing to deformities found in amphibians. Deciding to put the facts to the test the Monette’s headed to a nearby wetland. Over the course of the summer they had observed a growing pile of trash that was being tossed over the wetland embankment. At the bottom of the embankment is an active stream that flows from the wetland and connects with Gordon Lake. Tributaries from Gordon Lake run into the waters of Lake Huron.

A wetland, as defined by the Ministry of the Environment, is an area that is seasonally 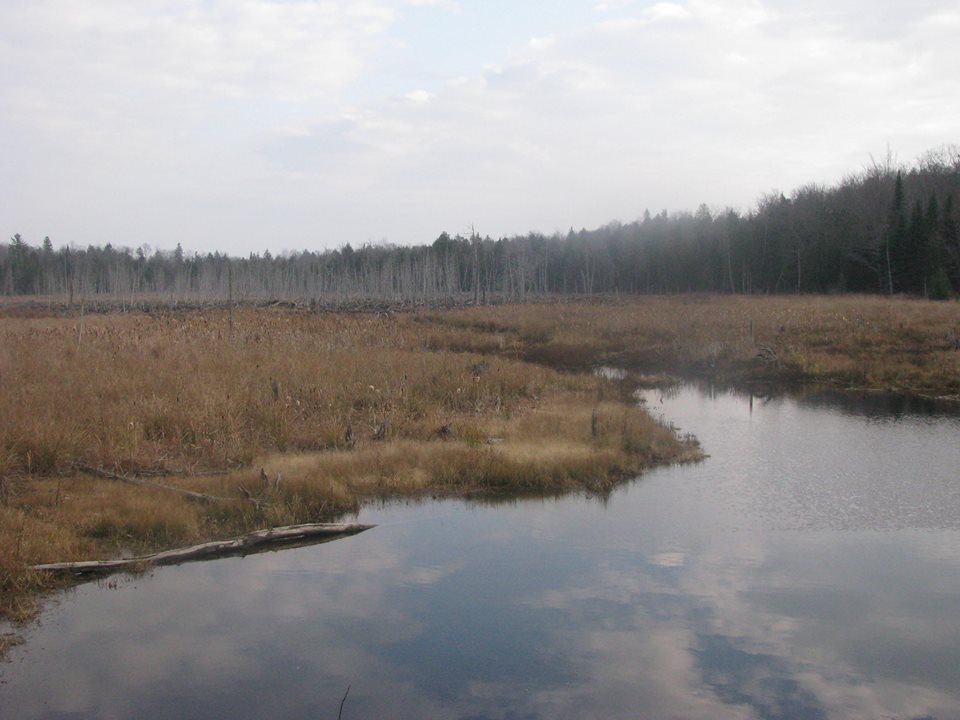 Wetland, in the background a large network of beaver dams are on display.

or permanently covered by shallow water and areas where the water table is close to or at the surface, and there are water-saturated soils and water-tolerant or water-loving plants. They are transition zones between land and open water. In some areas, particularly near cities and towns, wetlands may be the only remaining ‘wild’ spaces.

The Ministry of Natural Resources provides that conserving a wetland and its many functions also means protecting some portion of the landscape surrounding the wetland. Some studies indicate that disrupting adjacent areas threatens to reduce wetland biodiversity to the same extent as losing one half of the wetland itself. Adjacent areas can also act as ‘buffers’, protecting the wetland by filtering out excess sediments, nutrients or contaminants that would otherwise enter the wetland. These inputs can have a drastic impact on the physiological and biological composition of the wetland.

For the first time in Michelle’s lifelong recollection, the wetland located between Johnson Township and Plummer Additional Township, is being used as dumping ground. Mattresses, microwaves, TV’s, chicken wire, garbage bags and car parts make up the myriad refuse found in the otherwise pristine area. Just ten minutes away is the township landfill- open two days a week.

“It’s just beautiful here,” said a woeful Michelle. “I’ve seen moose, deer and beaver here. It’s really sad to see what’s happening. We knew that dumping had been going on. We watched it during the summer and saw it getting worse. I thought perhaps knowing that this is a wetland and this will have frogs that it would be a good place for pictures for the project. When we came to take pictures I was shocked by how much garbage is here. Unless you get out of your car and look over the bank you don’t see the entirety of it.” 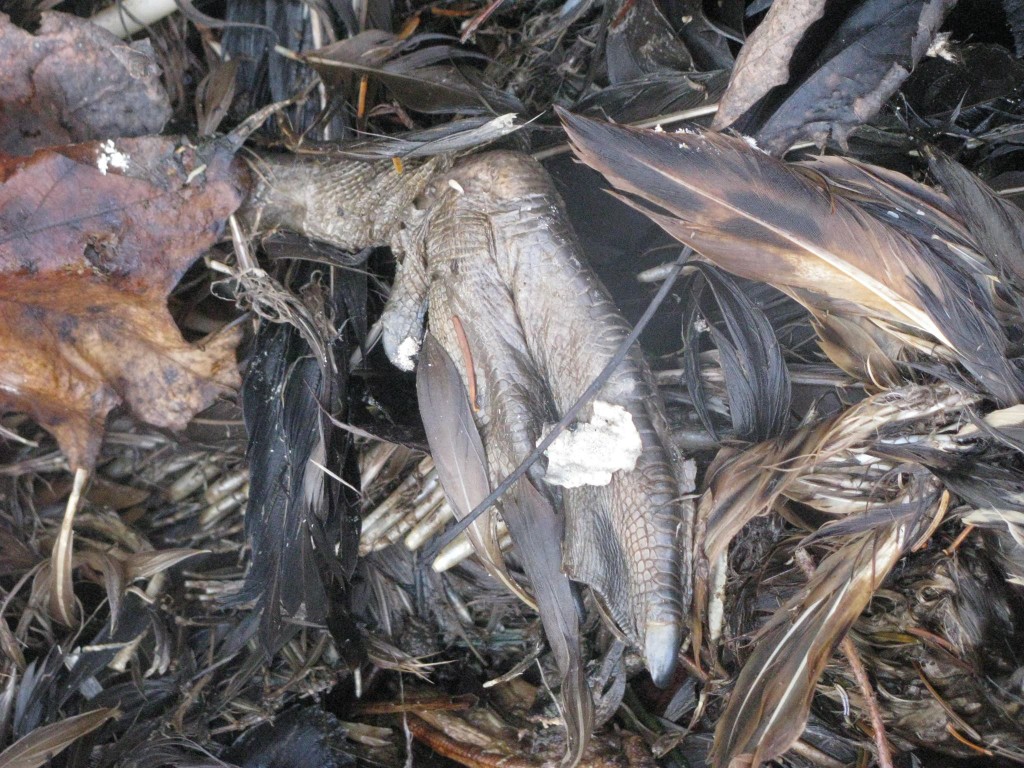 Discovery of a dead duck beneath discarded chicken wire. The Monette’s removed the wire, concerned that another creature might become trapped.

Compounding the disgust in their find was the discovery of a dead duck caught up in a swath of chicken wire.

As a safety precaution Michelle and her sons removed the chicken wire lest another animal become trapped in it.

Ten year old Levi has been the keen observer of the area’s growing troubles with discarded junk. Riding up front in the car with his mother, Levi has had a bird’s eye view of the expanding heap of garbage. After seeing it firsthand Levi remarks, “I’m worried that animals can get hurt.” 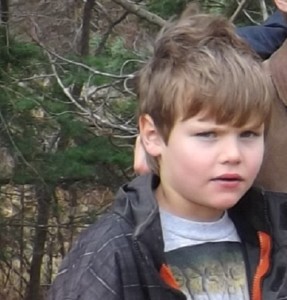 Though the wetland delineation point between the two townships are somewhat muddy the growing pile of junk seems to have been tossed into Johnson Township’s catchment. A convenient snowplow turn around provides a wide space to back up a truck to the top of the embankment and chuck appliances, bags of household trash, empty containers of oil and antifreeze and all other sundry wastes and hazards towards the creek below.

*The Northern Hoot was unable to obtain a comment form Jonhson Township Reeve, Ted Hicks, before publication of this article.

“It’s important for people to realize that one discarded pop can or bag of trash can lead to this,” commented Michelle. “This is a beautiful wetland –to the left it’s calm and peaceful and you look to the right and it’s disgusting. There is garbage everywhere. People need to be aware what their carelessness leads to.”

Jacob sums it up pretty matter-of-factly. He’s after restitution. “Set up a trail-cam in a tree- people can’t even see it. I want to see the people who made this mess clean it up.” 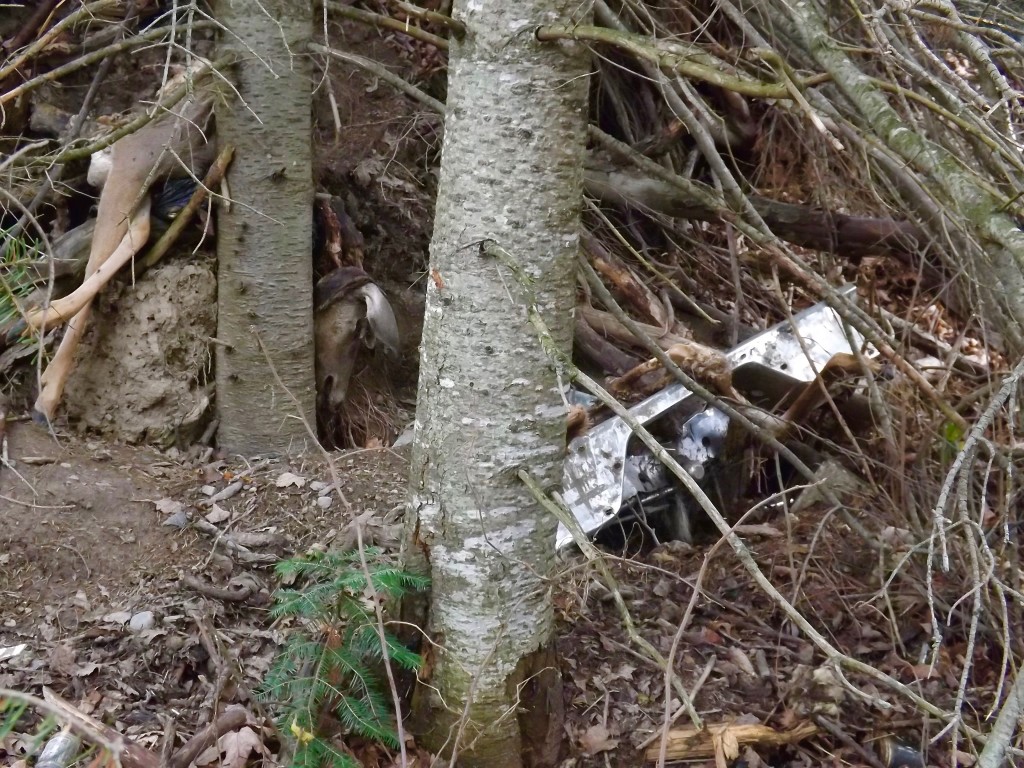 A dear carcass lays across a bag of trash, to the right a car bumper. 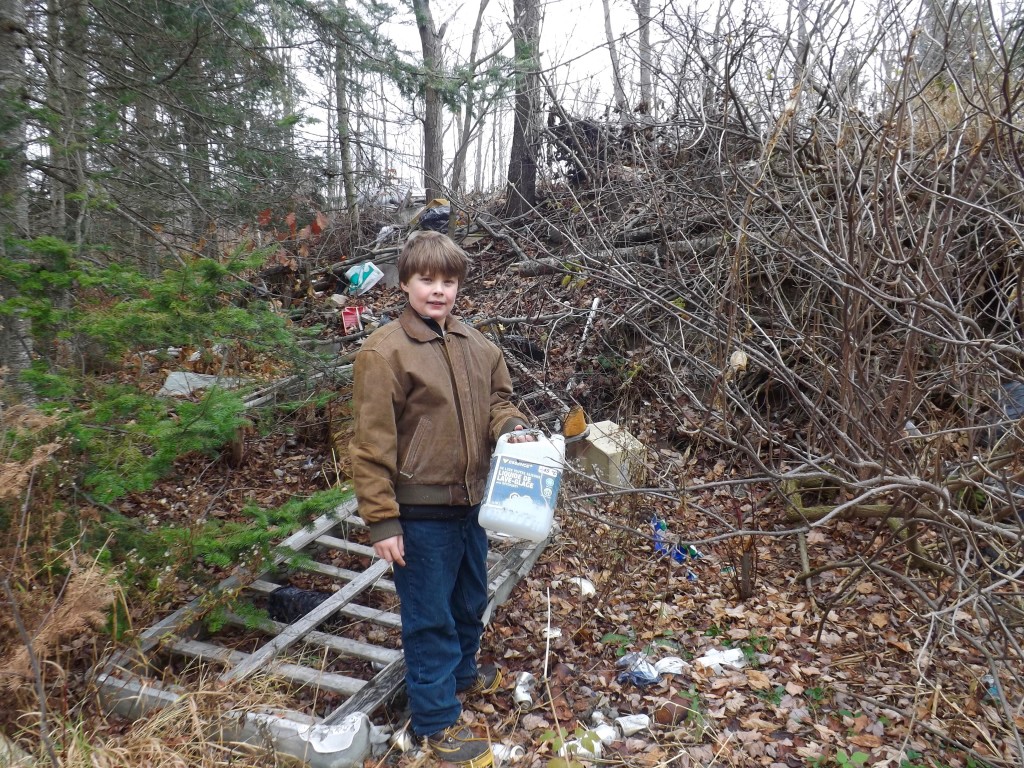 Various containers of anti-freeze and other chemicals have been tossed towards the flow of water. 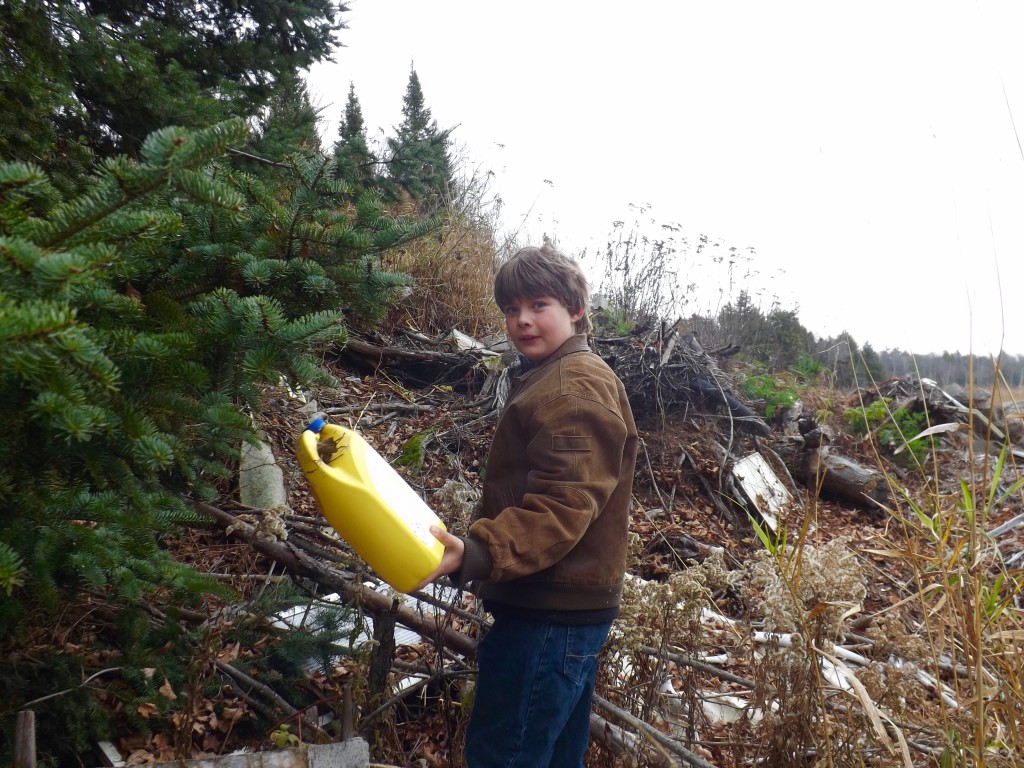 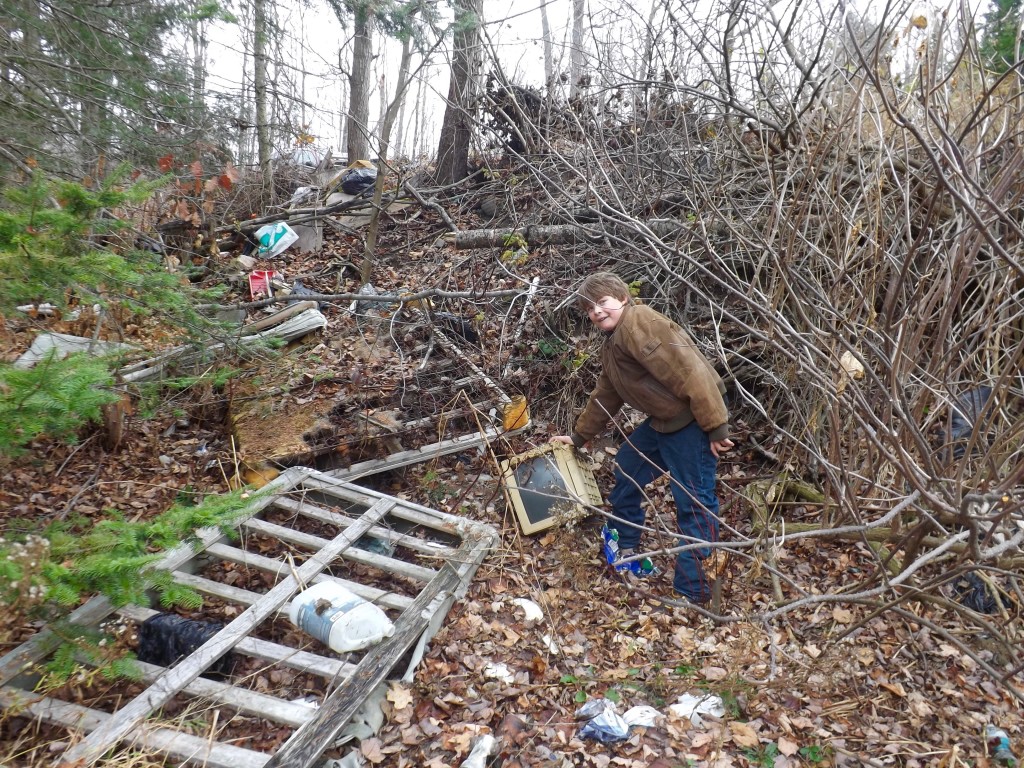 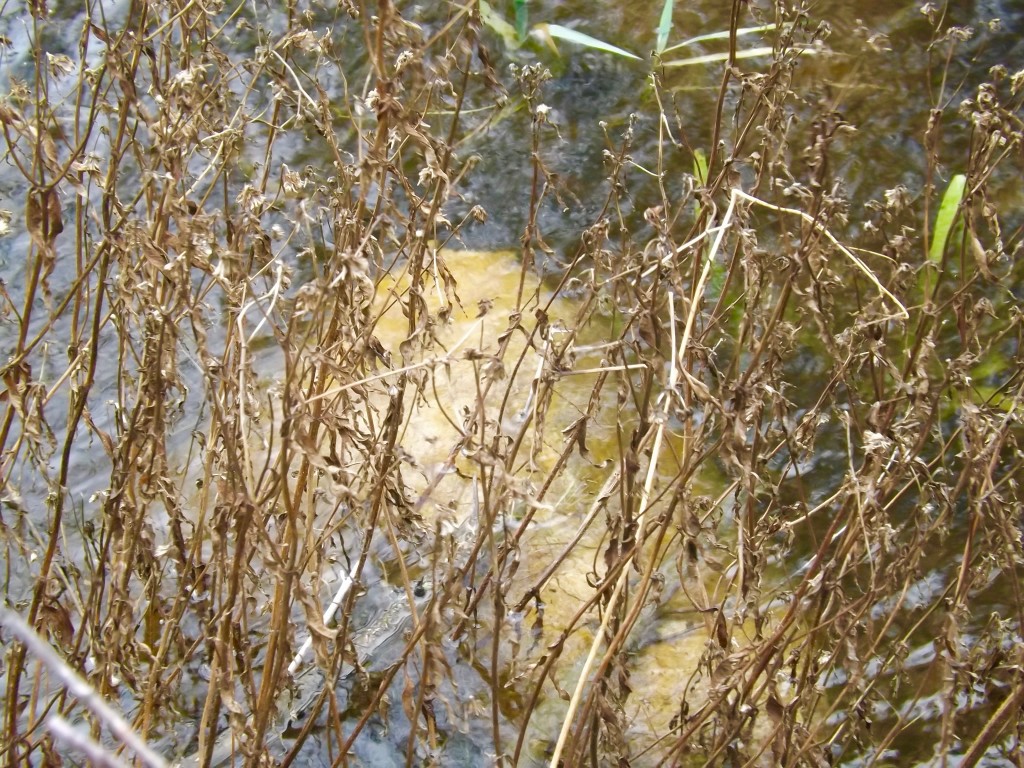 A large piece of foam sits in the water. 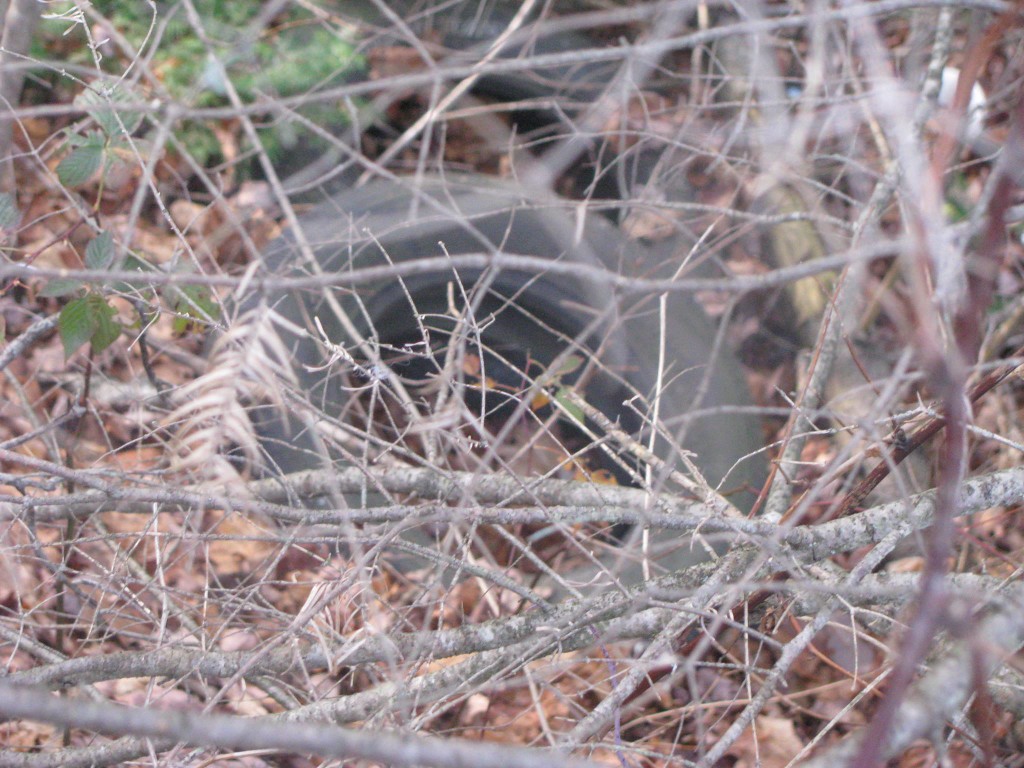 Of course every pile of garbage hosts at least one tire. 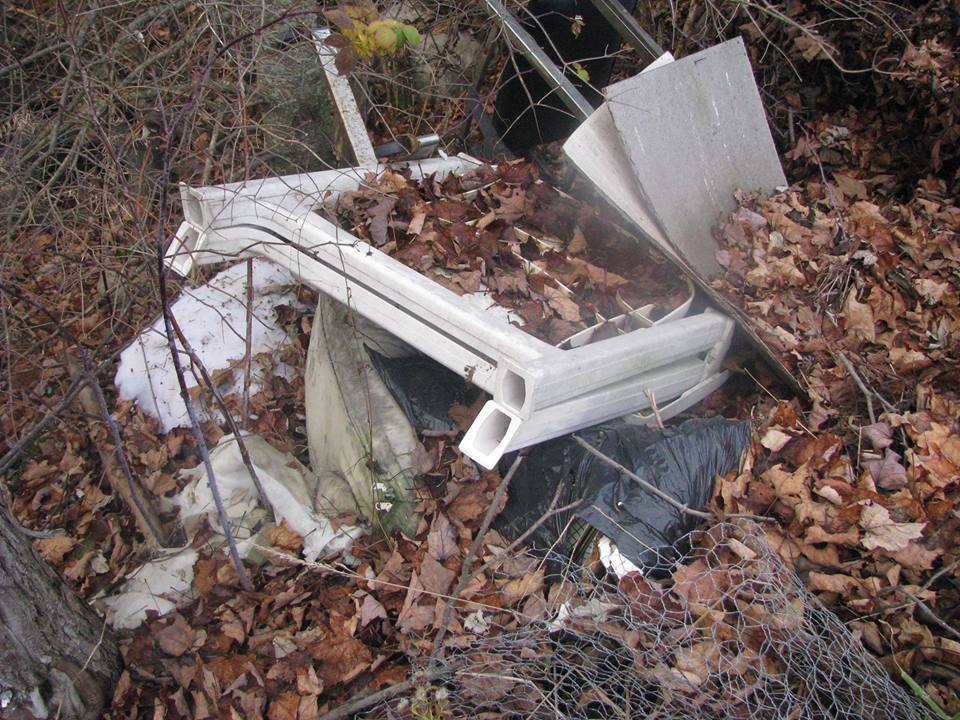 A generous amount of plastics have been tossed down the embankment. 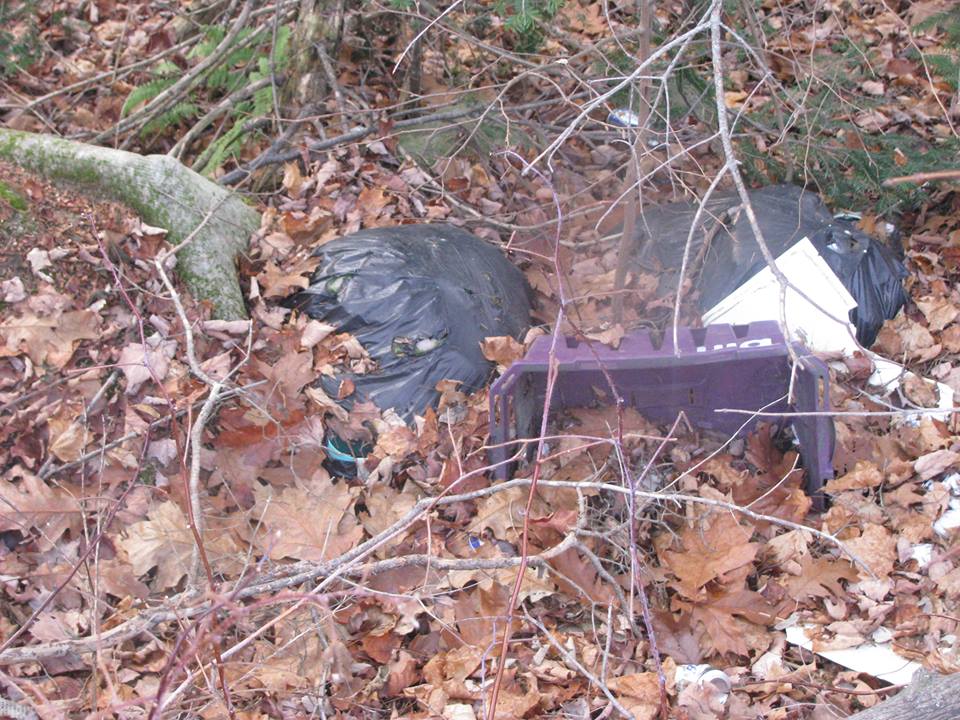 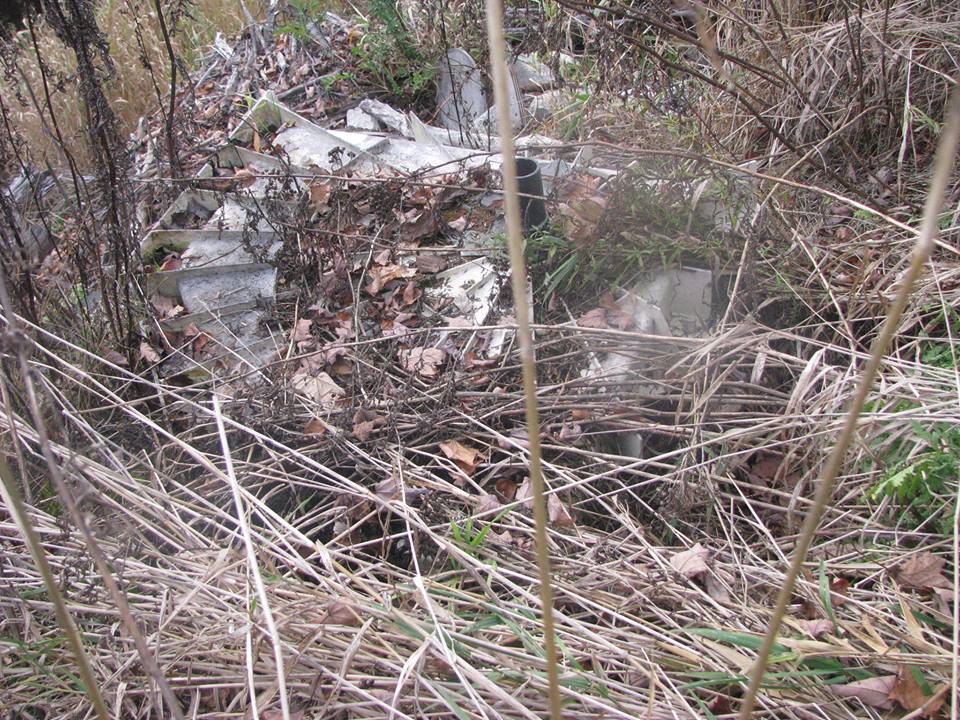 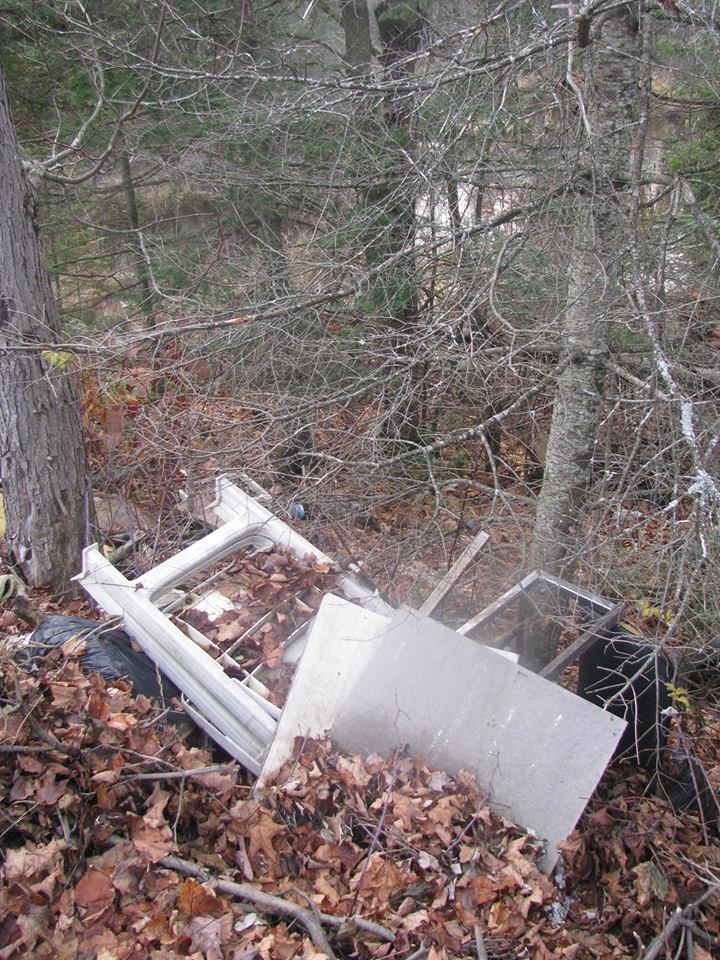 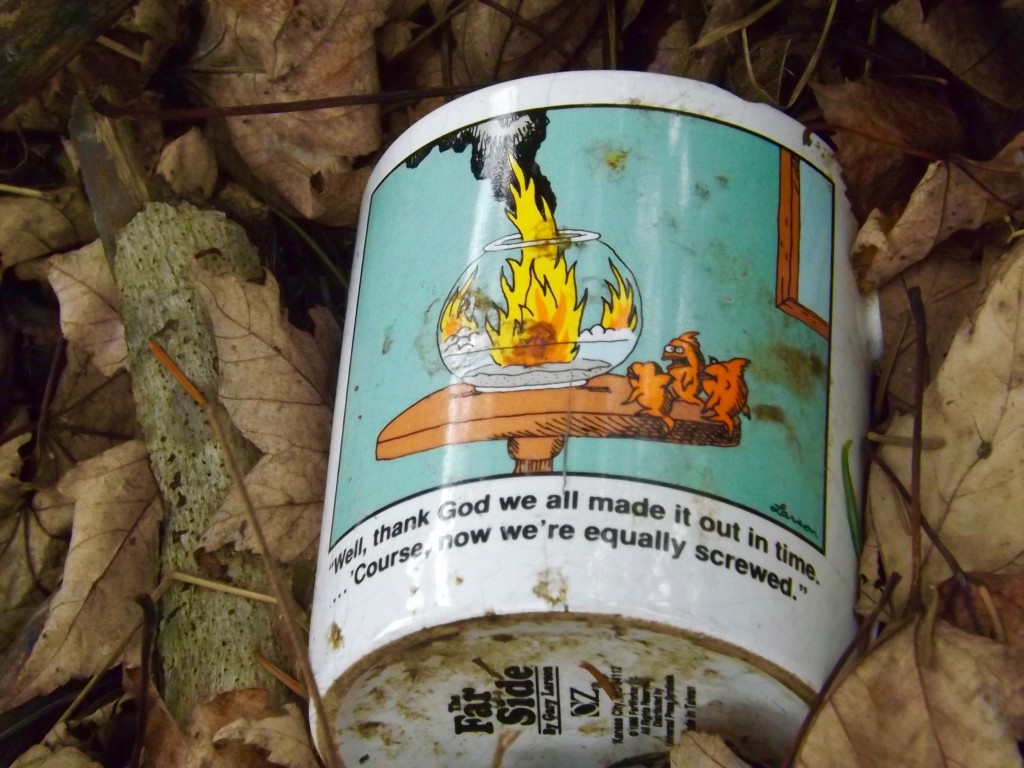 One of many household tossed into the growing pile of trash. A bit ironic?