Nine years ago, outdoor adventurer couple and conservationists, Gary and Joanie McGuffin and art historian, Michael Burtch, set out to retrace and map the Group of Seven’s paths across pristine lakes and the wild northern landscape –just for the love of it. A few years ago the president of White Pine Pictures, Peter Raymont and researcher, Nancy Lang, made a connection with the trio. A couple of pizza pies and a few beers later, the group agreed that they should unite forces and take McGuffin’s and Burtch’s discovery to the next level –film. 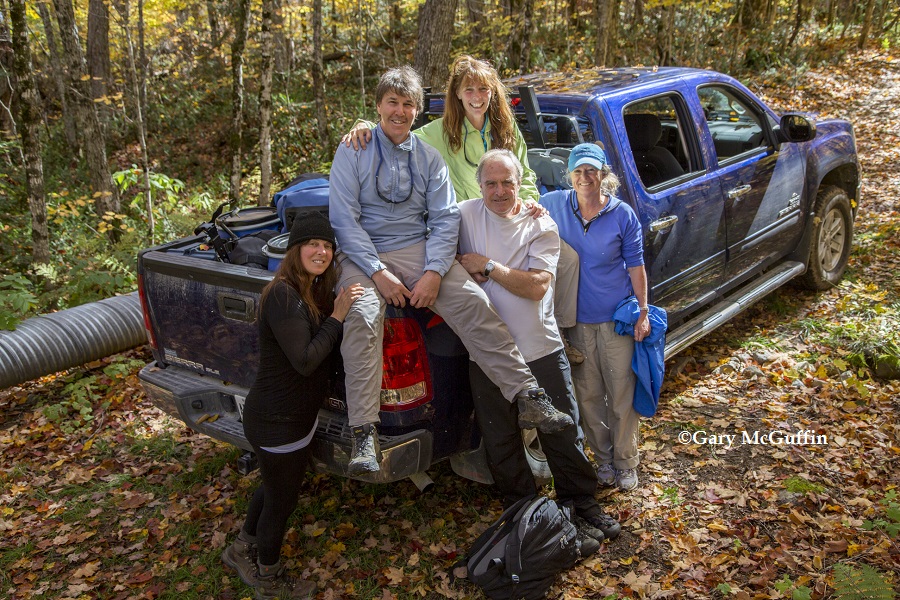 The Painted Land Documentary, directed by Phyllis Ellis and supported by a team composed of many Algoma residents, was filmed in the Algoma District between the fall of 2013 and spring/fall of 2014. In 2015 the film was released and the rest of Ontario, Canada and the world were amazed that the landscapes captured at the tip of the brushes of seven young renegades gone rogue in the wilds of Northern Ontario, were real and unchanged.

The cinematography was breathtaking due equally to the majestic vistas and the fine talent behind the cameras. An entire cast and crew composed of set builders, producers, writers, music, design and myriad other valuable cogs contributed to the awe inspiring film. And a role perhaps not often considered by the general audience is the vital work of researchers.

The compilation of research was a tremendous feat that required exquisite physical endurance, mental acuity and a passion for discovery – both in the rugged, buggy and unpredictable field which is the majestic Northern landscape, and the dark, dusty and lonely places which are the cherished archives of our heritage.

The McGuffins, often thought of as the ‘rock stars of Lake Superior’, have advocated for the protection of lake and land for decades. As Joanie has noted of her husband, Gary’s peculiar knack at recognizing landscapes the way the rest of us recognize faces, enabled the discovery of hundreds sites in the Algoma District and the north shore of Lake Superior where the Group of Seven painted well over 500 landscapes. Discovering these sites required discovering the paintings first. Since releasing the Painted Land documentary, private collectors of the Group of Seven have approached the McGuffins to find the spot in Algoma and along the Lake where their precious works of art were inspired.

Joanie was equally enthused of the historical discoveries found by co-researchers, Nancy Lang, Rebecca Middleton and Emily Hambly. “Enormous amounts of digging through boxes of letters and documents at the National Gallery, the McMichael and the Art Gallery of Ontario produced forgotten footage of the Group of Seven never seen before,” remarked Joanie of her teammates tremendous research prowess. 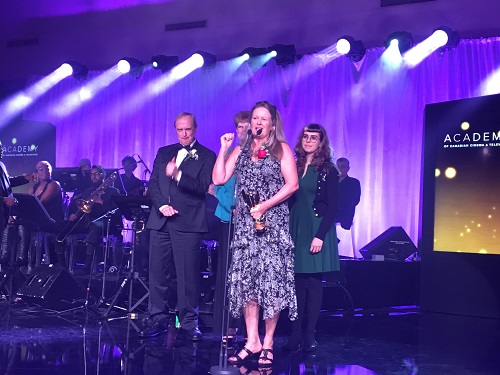 Nancy Lang, who also produced the Painted Land documentary, shared of the research process, “You think the Group of Seven is a well-worn path but we found some new material that was really exciting. We found old footage that had long disappeared of the Group of Seven painting and we found it in an archive at the University of Toronto. It wasn’t labeled and they didn’t even know they had it. It disappeared in the 1940’s and nobody knew where it had gone. So that was exciting. For me the thrill is getting to the primary materials, to go to the archives and spend hours with it, just pouring through it and finding all kinds of stuff.”

Lang and her two research assistants digitized the delicate paper evidence they recovered from one box after another. The electronic information was given to Algoma University in Sault Ste. Marie, to safe keep and to hopefully share with not only students but with everyone through an online platform.

While the McGuffins and Burtch set out to retrace the footsteps of the Group of Seven, Lang and her team aimed to discover the voice of the artists. Of the historical narration throughout the film Lang remarked, “We wanted you to feel like you were sitting beside the artist, listening to him ruminate and reflect on what they were thinking, what they were seeing. That’s what I was the most pleased about, you get a sense of who these artists were. And then Gary, Joanie and Michael took us to the places they sat and painted.”

Lang, a Southern Ontario gal, also made the discovery of the Algoma District. “I really had no idea where it was. And I think for a lot of people in Southern Ontario it’s been a real eye-opener about what this region is. We’ve seen all the paintings but nobody knew where they were painted. I can’t tell you how many people said to see the landscape, to see the cinematography blended to the painting was such an amazing experience. And I have to tell you, after screenings, so many people want to go, they want to see the landscapes and that it is unchanged.”

“I think what is particularly rewarding is that the research is based on our own backyard and we feel that is especially important for our whole country,” remarked Joanie McGuffin. “The conservation of this landscape offers us a social, cultural and economic opportunity for the future. We hope that by having a film win an award based on research about this beautiful landscape that’s here in Algoma and along the north shore of Lake Superior, more attention is given to how important this landscape is.” 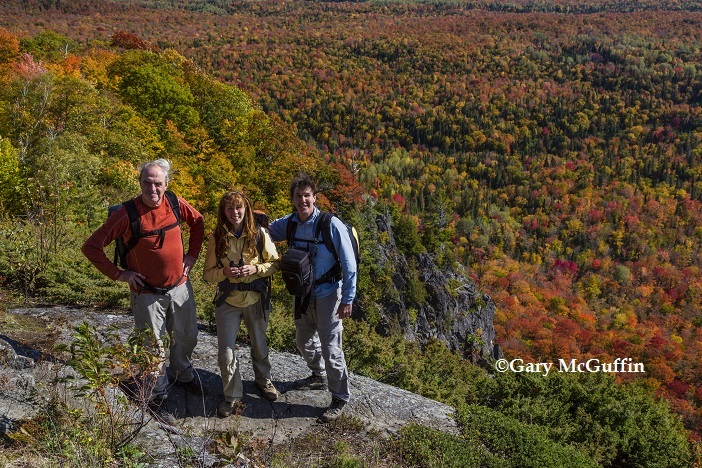 Michael Burtch reflects similarly on the economic challenges plaguing the Algoma District over recent years, making specific reference to the loss of passenger train service. “I hope this helps the Coalition for Algoma Passenger Trains get this passenger train back on the line. There’s a great opportunity for the Missanabie Cree to take this service and turn it into something that it should be,” remarked Burtch of the latest efforts to restore passenger service along the ACR.

As Burtch notes, the works of the Group of Seven, and the group of adventurers, researchers and film makers that followed 100 years later would never have had access to this breathtaking land if not for passenger train service.

“To develop any type of cultural project around the Group of Seven having a passenger train is a major component,” commented Burtch. “For scholars and people that just want to get their canoes out and explore these areas, passenger train service is essential. I hope among other things, that this film will help shine a light on this area economically for tourism, and for the preservation and conservation of the land. That’s such a valuable resource and if this research and movie can help sensitize people to the need to preserve this beautiful area, then we have done what we set out to do.”

To that Burtch, who sits with the Sault’s Community Adjustment Committee to advise on arts and culturally vitality, adds that he hopes the City takes note of the contributions made by creative folk in the community. “I really feel strongly that if the City can develop arts and culture there is so much more potential to do the kind of things that we have done. I personally hope that our success with this movie will inspire the City to look at the other creative people in this community and say ‘we really need to support them’. Just support them and they’ll do the rest.”

The making of the Painted Land documentary concluded but the discoveries continue. “As we were making the film we were finding new painting sites and we are still finding painting sites. This is a great thing for Algoma, for Lake Superior and for Canada,” remarked Gary McGuffin. “This story is ongoing.”

Since the release of the Painted Land documentary, the McGuffins have led private excursions for private collectors who longed to sit at the very spot were their paintings were inspired. “It’s been our honour to take people like Stewart Sheppard, the grandson of Lawren Harris, to the very site where his grandfather painted one hundred years ago.”

To all the recipients of this prestigious award and to all who contributed to this film –congratulations for creating such a fine masterpiece. And to our three local adventurers Gary and Joanie McGuffin and Michael Burtch- the Algoma District is especially proud of you!

Learn more about the Painted Land documentary by clicking here.

To learn more about the McGuffin’s and Burtch’s discovery adventure visit themcguffins.ca or click here.