Once the Committee identifies a species at risk, the federal government must comply to add the species to the SARA list within 9 months. Designation on the list initiates recovery strategies that include identification of the main threats to the species, factors critical to habitat and steps taken to address elimination or management of threats.

However, despite reports sent to the Environment Canada in 2011 and 2014 from the Committee identifying the four species of bees at risk, the Federal government has failed to designate the bees under SARA. Ecojustice, on behalf of Ontario Nature, Wilderness Committee, David Suzuki Foundation, Equiterre and Friends of the Earth, have issued a letter to Minister Aglukkaq urging immediate attention to the issue.

“The expert scientists at the Committee on the Status of Endangered Wildlife in Canada (COSEWIC) recognize this danger. COSEWIC has assessed the status of four wild bee species: the Gypsy Cuckoo Bumble Bee, the Western Bumble Bee occidentalis and mckayi subspecies, and the Macropis Cuckoo Bee. In assessment reports provided to you in 2011 and in 2014, COSEWIC assessed all four of these species to be at risk.

Although the Government received these assessment reports over nine months ago, you have not met your statutory deadline to add these species to the List of Wildlife Species at Risk (“the List”) in accordance with COSEWIC’s assessment. The listing of three of these species is now overdue, and the fourth is grossly overdue. Section 27(3) of SARA provides that where the Governor in Council has not decided whether to add a species to the List “within nine months after receiving an assessment of the status of a species by COSEWIC, the Minister shall, by order, amend the List in accordance with COSEWIC’s assessment”.

…our clients are aware that you are routinely failing to list species under s. 27(3) of SARA, by not issuing listing orders within nine months after you receive COSEWIC’s assessment. This troubling practice appears to be systemic. By our estimate, at present, there are approximately 151 at-risk species that have no legal protection under SARA, for which a listing decision has been unlawfully delayed by the Government.”

As of today, Minister Aglukkaq has not responded to the letter. 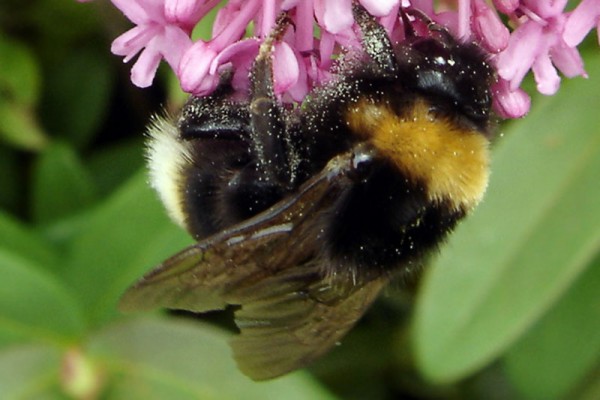 On July 1st, 2015 the Ontario government introduced new regulatory requirements targeted at reducing the number of acres of plants planted with neonicotinoid-treated corn and soybean seed by 80 percent by 2017. The use of neonics in agricultural pest control has demonstrated a catastrophic impact upon both non-native pollinators as well as indigenous pollinators. While a direct spotlight has illuminated the decline of honeybees- a non-native bee in Canada, little attention has been directed towards the indigenous bumble bee.

Prohibition in the use of neonics in Ontario is a step in the right direction but despite an abundance of scientific evidence, the Federal government has been absent in the implementation of similar regulations throughout the rest of Canada. But neonics are just one factor that endangers wild bees. Variables such as disease, pests, loss of habitat and climate change all present a risk to native pollinators.

Research by 50 international scientists conducted a study of flower visitation in 41 crop systems by honeybees and wild pollinators, finding that “fruit set increased significantly with flower visitation by honey bees in only 14% of the systems surveyed”. Data indicated that wild pollinators are more effective in crop pollination and that increased wild insect visitation yielded twice the amount of fruit compared to efforts executed by honey bees.

Additional research also shows 20,000 specific plant species “including familiar ones like tomatoes, potatoes and cranberries” store pollen “deep inside special tubes. Only bumble bees and certain other insects can get this pollen out.”

In an interview early this year with the Northern Hoot, Susan Chan, project manager of the Native Pollinator’s program for the non-profit, Farms at Work, admitted that not much was known of wild bee patterns in Northern Ontario. 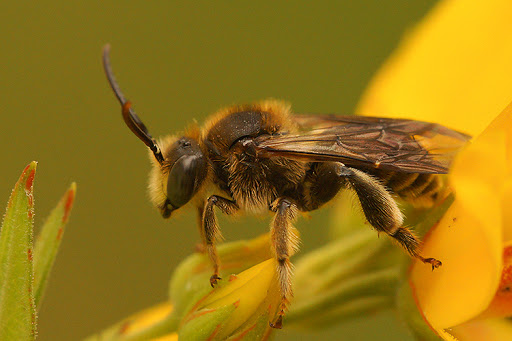 Chan did encourage that addressing improving wild bee populations could be approached through building agricultural systems that required myriad species of pollinators.

“We need systems that uses all pollinators out there –and you don’t have to be an expert. You don’t have to learn how to identify these bees. You just need to know that all bees are pollinators,” remarked Chan. “We also need to provide places for wild bees to live. When we create unnatural spaces, like farms or gardens, where there are no natural spaces, these bees have nowhere to live because there’s nothing for them to eat and nowhere for them to nest.”

Property owners or farmers can increase habitat for wild bees by allowing for natural spaces that contain what the meticulous lawn groomer would despise as weeds- goldenrod, asters, pussy willows, and by creating nesting places for wild bees.

We’re all stakeholders. To express support for the letter prepared by Ecojustice you can email the Honourable Leona Aglukkaq at minister@ec.gc.ca or send your snail mail to:

Minister of the Environment