Trending
You are at:Home»Economy»End of the Line: Eliminating Passenger Rail Service in Northern Ontario
By Steffanie Petroni on August 5, 2014 Economy

Hazel Blanchette lives in Oba, Ontario. That’s mile 245 on the Algoma Central Rail. “I’ve lived here all my life. Which is long, long time.” Her chuckle is smoky and low. “When I was born here there were quite a few people that lived here. There were two little hotels, two big stores and a big one-room school. There were a lot of trappers here and CN people. And we had a rail station- but that was torn down.” Today, Oba is home to a big handful of about 16 or so diehards. “That’s just the way it is now,” she said and then changed the subject.

In January 2014 the Canadian National Railway Company (CN) announced that they were axing passenger service from Sault Ste. Marie to Hearst. The decision came from Transport Canada who made the decision that the Algoma Central Rail (ACR) no longer met the criteria for the Remote Passenger Rail Program (RPRP). 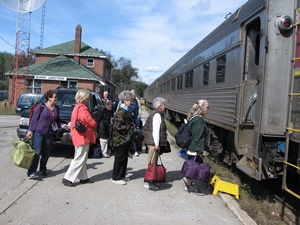 RPRP “provides funding to ensure that safe, reliable, viable and sustainable passenger rail services are provided to certain areas of the country where these services are the only means of surface transportation for remote communities.  Funding for both operating and capital projects is provided.” In response to Transport Canada’s decision,BDO Canada LLP, Chartered Accountants and Advisors, prepared a preliminary report, dated April 11th 2014, Algoma Central Railway Passenger Service: Economic Impact Draft Assessment, “to compile available information and survey data to quickly respond to Transport Canada’s termination of financial assistance.” The overriding goal was “to make a case for and obtain a one year extension of federal support for the ACR service.” An extension would allow stakeholders the time required to “undertake a more comprehensive assessment of ACR/CN operations and service, its impacts on the region’s economy and identify opportunities for a more sustainable freight and passenger services as well as tourism development opportunities.”  On April 14th, 2014, Federal Transport Minister, Lisa Raitt, was in Sault Ste. Marie to announce that the ACR had been granted a one-year period of grace before passenger service between the Sault and Hearst would be discontinued. “Today, I’m pleased to announce the Government of Canada will extend the $2.2-million federal subsidy to CN Rail until March 2015 to ensure its continued operation for a year,” she said. “This is now your time for local stakeholders to come together and figure out a long-term solution that has to happen in order to give you certainty.” The announcement had a lot of fizzle for tourist operator of Errington’s Wilderness Island and co-founder of the Coalition for Algoma Passenger Trains (CAPT), Al Errington. “The legitimate tasks of Government are to build and maintain the infrastructure and services that support broad and long-term socio-economic opportunities and to ensure individuals are protected from unfairness and abuse. We need passenger rail service in Northern Ontario. What it comes down to is that the communities, First Nations and stakeholders are coming together and taking on the responsibility that really should be fulfilled by our provincial and federal government.” Errington’s business is located about two-thirds up the ACR line at mile 206. About 90% of his lodge guests come by train. Guests come to fish or to simply experience the natural wilderness setting. Errington estimates that it would take about five years to transition his lodge into a fly-in camp. “We’ll lose a lot of our customers if we lose the passenger rail service. Some people just don’t want to take a plane and the appeal of coming by train is the remote experience associated with it. And there are just a lot of people who don’t like to fly.” 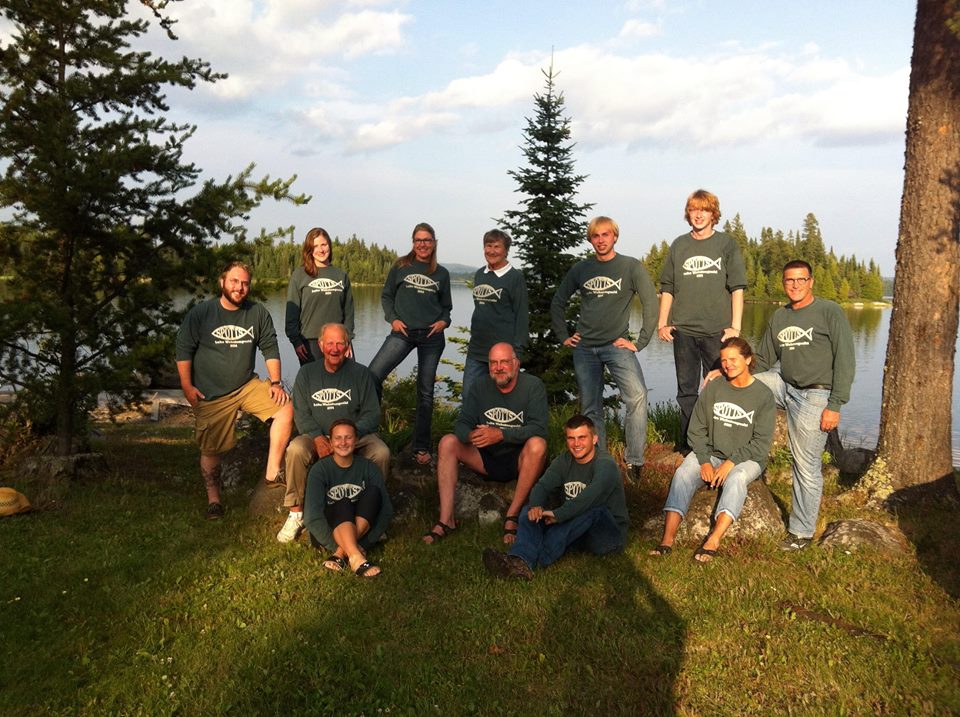 Errington remarked, “The Ministry of Tourism has been trying to get the Northern Ontario tourism industry to diversify into a winter product. Well, most people aren’t crazy enough to drive up here in the winter. So how are we going to get here?” Referencing the long obsolete airline, NorOntair, he added, “Algoma used to be one of the top tourism destinations in Canada until they got rid of the flight and passenger rail to access this area.” Recognizing that losing passenger service in Northern Ontario would be a foreshadowing of the fate to come for the significant tourist draw that is the Agawa Canyon Train Tour, the City of Sault Ste. Marie has been active in pursuing this issue.

Oba doesn’t have a coffee shop or even a little trading post but it does have mail. For the past 20 yrs. Hazel has operated a little post office attached to her home. “The mail comes in once a week from Sault Ste. Marie and we put it back on the train on Tuesday. Without that ACR passenger train we would lose that.” The next nearest town is Hearst. “We drive to Hearst several times a month for anything we need. You can’t buy anything in Oba. That’s a 150 kilometer round trip. And it’s not a very nice drive but we don’t have any choice.”

In 1995 the Liberal federal government dramatically changed provincial transportation policy. Part of those changes included the selling of CN Railway, then a crown corporation, into private ownership. It is interesting to note that Bill Gates is the largest single shareholder of CN stock. Dr. Linda Savory-Gordon, co-founder of CAPT, addresses that in the hands of private ownership passenger service is an unappealing drain on profit. Until recently, the RPRP provision forced rail owners to provide passenger service where there is no other surface transportation and the operation of the service was subsidized by the national government. As stated in the Economic Impact Assessment by BDO, “The purpose of a government subsidy is to ensure that the Canadian people have access to an essential good or service, regardless of whether or not that good or service on its own is considered to be economically viable.” The report indicates that, “between 2005 and 2008, ACR passenger revenues were between $2.5 million and $2.8 million” where $2.2 million of that profit was generated from financial assistance provided by Transport Canada. However, the spin off dollars created by the government subsidy is significant. The report breaks out economic impact into three categories:

Overall total economic annual impact generated by passenger rail service in 2013 ranged from $38, 136, 000 to $48, 072, 000. Dr. Gordon questions the common sense of the government’s decision to further compromise affordable and efficient travel for people living in the North. “We’re approaching peak oil where it’s going to become so expensive for people to travel long distances by car. Driving to Toronto will become exorbitantly expensive, air travel is costly and the bus is very unpleasant for long distances. Communities where people can no longer afford to travel to or from by road, and do not have access to rail connections, are destined to become ghost towns.”

Hazel has four children who try to visit her in Oba as often as possible. One of her sons’ lives in Sault Ste. Marie and comes often by train to see his mother. There isn’t a developed road that connects folks to areas south of Oba. It’s about a 10 hour ride via passenger rail from Sault Ste. Marie to Oba but on a better maintained track the ride should take 8 hours. However, it’s still better than taking the highway which is about a 17 hour road trip from the Sault to Sudbury over to Timmins up to Hearst and then back down to Oba. “That’s pretty much our alternative. There is an old bush road that follows along the railroad that can take you to Mosher and there’s an old bush road to Wawa too. But those are roads just for pump trucks. You need a pretty heavy duty truck to travel along them.” 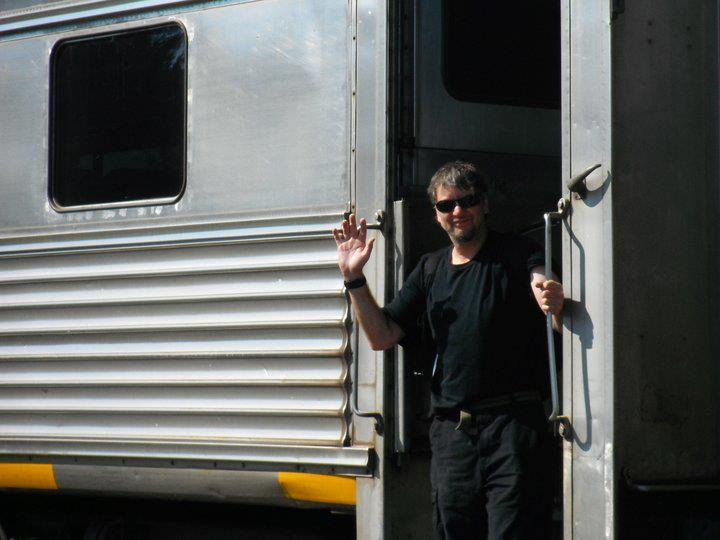 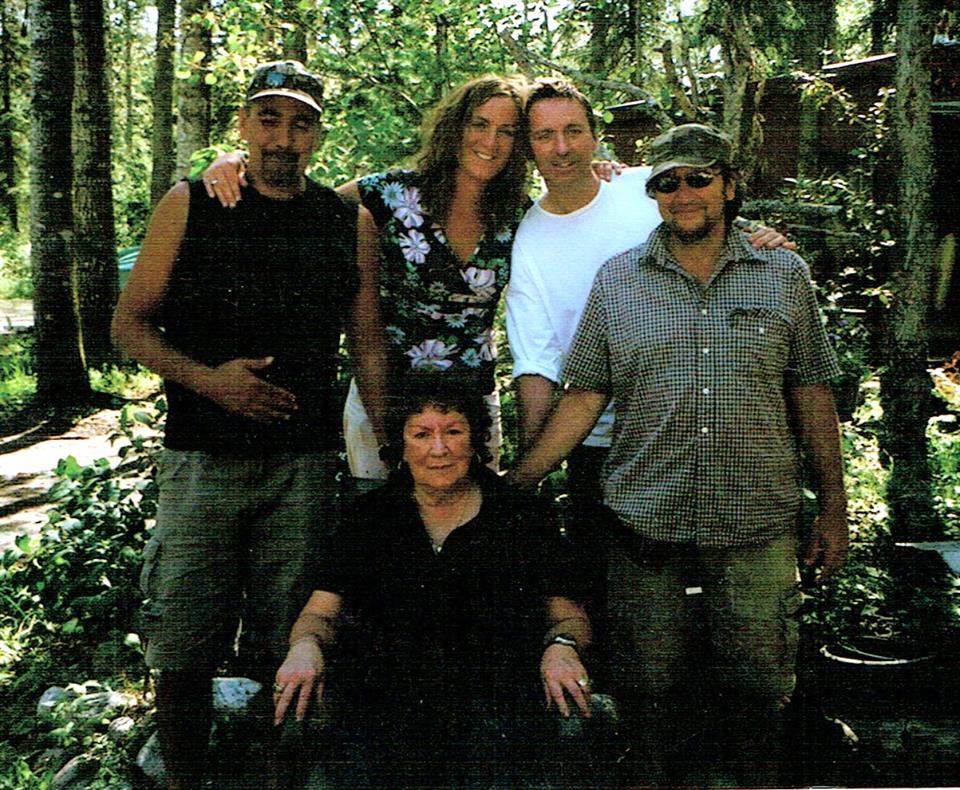 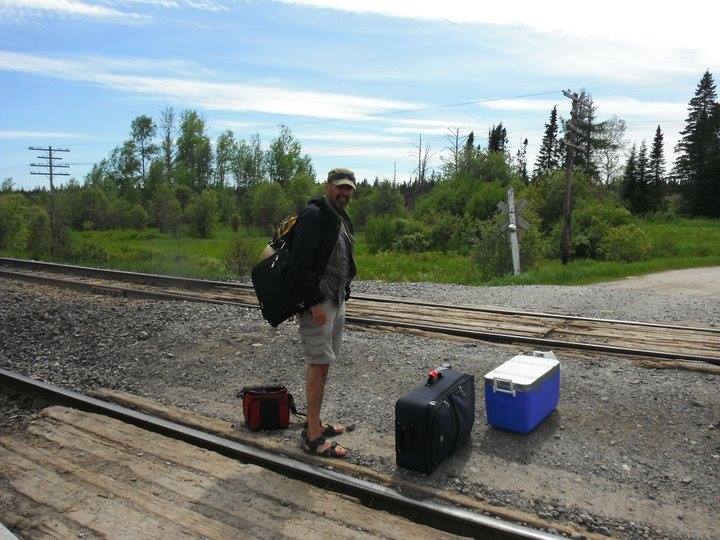 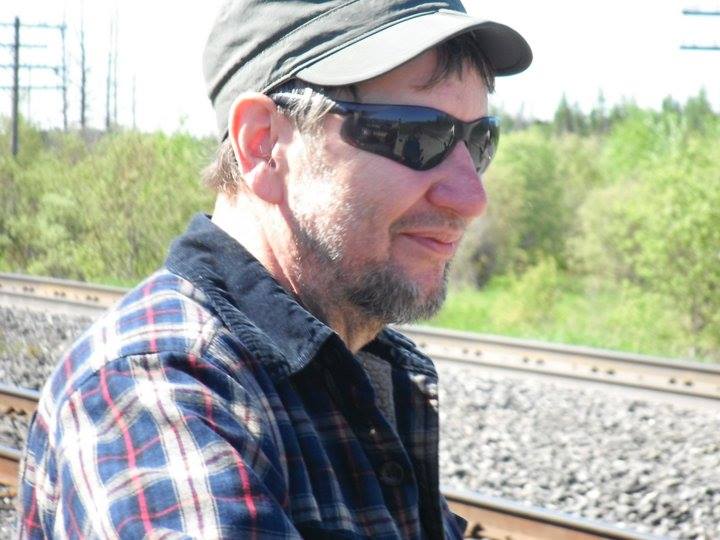 An efficient and accessible passenger rail service delivers a social benefit. “It is just so hard for people to stay connected to their families. We know that people do not stay within their family’s geographical area anymore because they have to find jobs elsewhere,” commented Dr. Gordon. “And passenger rail is an important transportation option for people who can’t drive for whatever reason and for people that have to drive long distances for medical appointments or any other reason.” When Dr. Gordon moved to Sault Ste. Marie it was a bit of a culture shock to discover that the only distance that she could travel by rail ran between the Sault and Hearst.  Eventually her family would purchase a cabin on the ACR railway. Her enduring love for the rugged wilderness of Northern Ontario and for trains has motivated Dr. Gordon and others like her, to advocate for an improved national passenger service accessible to people in the North long before CN’s announcement in January. “The infrastructure is there. The rail beds are being used just for freight. We don’t have a passenger service that can take us to places like Sudbury or North Bay where we could then connect to the routes that go to the bigger centres like Ottawa or Toronto and then connect to the Canadian Rail which goes out to the West Coast and Maritimes.” 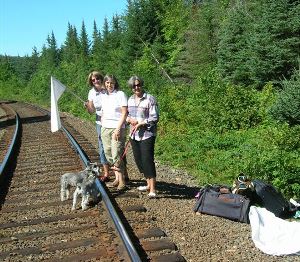 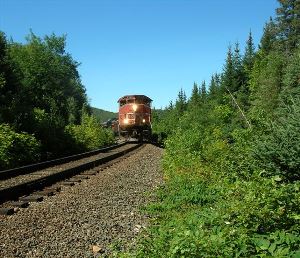 Linda Gordon and other campers flag down the train so that they can board.

Until March 2015, at least, people can access the Canadian along the ACR- at a great inconvenience. Dr. Gordon explained, “The ACR passenger train crosses the Canadian at Oba but you have a 22 hour wait. There’s no station and there’s no accommodation. In black fly season you would be eaten alive and in the winter time you would freeze to death.”

Hazel is honest in her assessment of government response to Northern issues. “I have to say that the NDP have tried to do a lot  about the railroad but I don’t think any government pays too much attention to us. Most politicians are usually concerned with Southern Ontario.” She added, “I feel sorry for the people that are between the Sault and Mosher. They have nice camps there but they can’t get in unless by train or fly in but most don’t fly in. And we have busy summers. The lodges are busy with fishing, moose hunts and stuff like that. We need that train. It would be just terrible if they cancelled passenger service. For a lot of people.”

People like Hazel Blanchette, Al Errington and Linda Gordon who experience life along the ACR have no qualms about calling out the government for their neglect of convenient and efficient transportation routes in Northern Ontario. It is clear to Dr. Gordon where the accountability lays. “I hold the government responsible. They privatized the rails and they are responsible for providing public transportation. It is the government that builds our highways, provides subsidies for the go-trains down south but in Northern Ontario we don’t seem to count.” Errington agrees. “I don’t blame the CN. This is an issue with both levels of government, provincial and federal, not being engaged in what they need to do. Government subsidizes roads to an enormous degree and they should have an obligation to subsidize rail as well. The government has an important role in ensuring that provisions are in place to support a diverse economy.