Trending
You are at:Home»Environment»How Do Wind Turbines Affect Human Health?
By Steffanie Petroni on September 11, 2014 Environment

“Health is a state of complete physical, mental and social well-being and not merely the absence of disease or infirmity.” 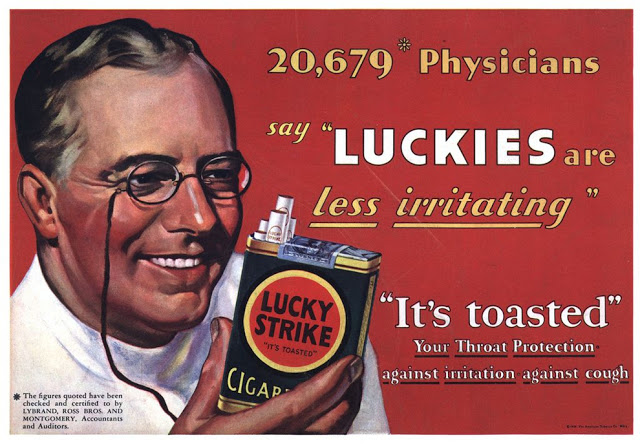 During the1930’s the public began expressing concerns about smoking referencing a persistent smoker’s cough or smoker’s hack. When the tobacco companies caught wind of the grumblings they concocted a pre-emptive marketing campaign. Who was more trusted than doctors on the matter of health? Tobacco companies like Lucky Strike and Camels enlisted the reassuring image of doctors, though most were actors, to endorse the ‘throat soothing’ qualities and preferred smooth taste of a particular brand.

In the 1940’s and 1950’s tobacco companies applied a different spin to their advertising. While some pitched that their cigarettes weren’t harmful, other brands claimed to be less harmful. Around this time physicians were aware of the addictive quality of cigarettes but weren’t convinced that there was a direct causal factor between smoking and disease.

It was in 1964 when the United States Surgeon General issued the first report of the Surgeon General’s Advisory Committee on Smoking and Health. Their findings concluded- over thirty years after the public first began ringing alarm bells, that there was certainly a direct link between smoking and lung cancer and bronchitis.

As noted by Alec N. Salt and Jeffery T. Lichtenhan in their paper, How Does Wind Turbine Noise Affect People? (April 2014), “Whether it is a chemical industry blamed for contaminating groundwater with cancer-causing dioxin, the tobacco industry accused of contributing to lung cancer, or athletes of the National Football League putatively being susceptible to brain damage, it can be extremely difficult to establish the truth when some have an agenda to protect the status quo. It is only when sufficient scientific evidence is compiled by those not working for the industry that the issue is considered seriously.”

As the spread of industrial wind turbine farms have increased across the Canadian landscape so have concerns related to the impact on human health prompted by the installations of these 21st century machines in rural and small populated areas of the nation.

In his peer reviewed paper, Adverse Health Effects of Industrial Wind Turbines, Dr. R. Jeffery states that, “People who live or work in close proximity to industrial wind turbines have experienced symptoms that include decreased quality of life, annoyance, stress, sleep disturbance, headache, anxiety, depression, and cognitive dysfunction. Some have also felt anger, grief, or a sense of injustice.” Jeffery surmises that causes of such symptoms include a combination of industrial wind turbine noise and infrasound in addition to other relatable grounds.

Responding to public health concerns in 2010, the Chief Medical Officer of Health released a report The Potential Health Impact of Wind Turbines and concluded that ‘the scientific evidence available to date does not demonstrate a direct causal link between industrial wind turbine noise and adverse health effects.

The report clarifies that the “normal human ear perceives sounds at frequencies ranging from 20 Hz to 20, 000 Hz” where Hz represents the frequency or pitch of sound. “Frequencies below 200 Hz are commonly referred to as ‘low frequency sound’ and those below 20 Hz as ‘infrasound’. A decibel (dB) is “characterized by its sound pressure level” or loudness. Adverse health effects can occur at 50 to 70 dB.

As noted in the national report, sound from industrial wind turbines is produced ‘through mechanical and aerodynamic routes’ and the ‘dominant sound source from modern wind turbines is aerodynamic. The aerodynamic noise is present at all frequencies, from infrasound to low frequency to the normal audible range.’

In their paper Salt and Lichtenhan emphasize, “The million-dollar question is whether the effects of wind turbine infrasound stimulation stay confined to the ear and have no other influence on the person or animal. At present, the stance of wind industry and its acoustician advisors is that there are no consequences to long-term low-frequency and infrasonic stimulation. This is not based on studies showing that long-term stimulation to low-level infrasound has no influence on humans or animals. No such studies have ever been performed. Their narrow perspective shows a remarkable lack of understanding of the sophistication of biological systems and is almost certainly incorrect.”

Ménière’s disease is a disorder of the inner ear that causes spontaneous episodes of vertigo -a sensation of a spinning motion along with fluctuating hearing loss, tinnitus, and sometimes a feeling of fullness or pressure in your ear. Salt and Lichtenhan draw comparison to Ménière’s disease and the symptoms that are described by many people who live near wind turbines.

“A condition called “endolymphatic hydrops,” which is found in humans with Ménière’s disease, can displace the sensory organ as the space containing the fluid called endolymph swells.” Their extensive research suggests that infrasound and low-frequency “could affect the ear and give rise to the symptoms that some people living near wind turbines report.”

Jeffrey acknowledges that noise is the most frequent complaint from people living near industrial wind turbines. He states, “The noise is described

as piercing, preoccupying, and continually surprising, as it is irregular in intensity. The noise includes grating and incongruous sounds that distract the attention or disturb rest.”

It is interesting to note that in the Chief Medical Officer’s 2010 report it is stated that, “Little information is available on actual measurements of sound levels generated from wind turbines and other environmental sources. Since there is no widely accepted protocol for the measurement of noise from wind turbines, current regulatory requirements are based on modelling.”

Pursuant to requirements in Ontario, industrial wind turbine setbacks of 550 meters from a dwelling are said to limit the degree of perceived noise created by wind turbines to 40 dB which is a ‘sound level comparable to indoor background sound’ or a mosquito buzzing next to your ear.

Dr. David Kolby, Chief Medical Officer of Health for the Chatam-Kent region was interviewed on behalf of the Canadian Wind Energy Association. In his interview he states, “The benefits of renewable is that they’re clean. Once you get through the impacts associated with equipment manufacturing the operating factor is zero pollution. As more and more of these come online and displace more damaging forms of energy it’s going to be a significant improvement over what we have now. Coal is a dirty inefficient way to generate energy. The health problems associated with emissions is well documented and costing society a lot of money.”

He goes on to conclude, “There is a large body of literature on sound and health and they do not emit enough acoustical energy to have a pathological effect on human tissues. I’ve been accepted by the Ontario Environmental Review Tribunal as a legally designated expert in wind turbines sound and health and would put my expertise up against any medical doctor in that capacity. The noise studies indicate that there should be no problem with current wind design at anything more than 300 meters. So I think the 550 meter as a minimum setback is safe and acceptable. People for the common good have to adapt to a certain amount of annoying stimuli- that’s called society.”

However Jeffrey counters the position stating, “Owing to the lack of adequately protective siting guidelines, people exposed to industrial wind turbines can be expected to present to their family physicians in increasing numbers. The documented symptoms are usually stress disorder-type diseases acting via indirect pathways and can represent serious harm to human health.”

Salt and Lichtenhan caution that research to date is limited and that the professional community possess only a ‘primitive’ understanding regarding the consequences of long-term exposure to infrasound.

“If, in time, the symptoms of those living near the turbines are demonstrated to have a physiological basis, it will become apparent that the years of assertions from the wind industry’s acousticians that “what you can’t hear can’t affect you” or that symptoms are psychosomatic or a nocebo effect was a great injustice. The current highly-polarized situation has arisen because our understanding of the consequences of long-term infrasound stimulation remains at a very primitive level. Based on well-established principles of the physiology of the ear and how it responds to very low-frequency sounds, there is ample justification to take this problem more seriously than it has been to date.”