Trending
You are at:Home»Northern Voices»Two Hundred Days Paddling Across Canada: In Gratitude of Veterans
By Steffanie Petroni on October 19, 2016 Northern Voices 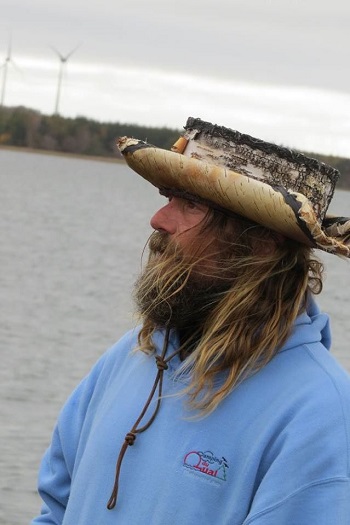 Two hundred days, 7600 kilometers and four million strokes later Mike Ranta and his beloved pup Spitzii pulled up on to the shores of Dominion Beach Provincial Park, Cape Breton. Inspired by the sacrifice of Canada’s Veterans and compelled by his natural love for the water and adventure, Ranta pushed off the ocean edge and into the Pacific at Richmond, Vancouver on April 1st, paddling his message across the nation – ‘get our Veterans off the street’.

“I hit my mark, I feel good, there were no injuries and it was a good safe trip,” remarked Ranta a couple of hours after recovering his land legs.

“I couldn’t have asked for a better reception at Cape Breton,” he added from the Legion where he was celebrating with Vets and a cold beer. “I’ve met so many of these older guys. I call them ‘the handshake generation’. And you can still see the fire in their eyes and their love for their country. It’s very inspiring.”

Though Ranta’s joy in completing the journey and drawing attention to the needs of Canadian Veterans was not diminished by the fact that national media outlets paid little attention to his impressive paddle and especially his message, and that not one political leader met with Ranta to begin a national discussion about improving support for Veterans, it was disappointing.

Ranta had hoped to capture the attention of fellow paddler, Prime Minister Justin Trudeau. His stop at the Parliament buildings in Ottawa was in vain, Trudeau was away. But Ranta remains dedicated and expressed that he will not tire from repeating his message. 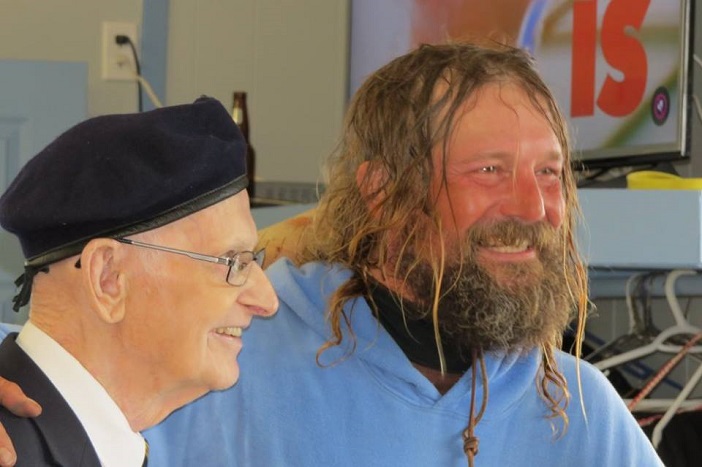 One of the many Veterans that Mike met -the inspiration that launched his canoe.

“If I have to paddle across this country again, I’ll do it. This is in my blood. This trip was really emotional for me. I realized why we have the country that we do and it’s because the men and women in our military protect it. This isn’t a flash in the pan trip. It wouldn’t be right. We have to keep on this. There are some positive things happening for our Veterans but I think we can do better.”

Data from a 2015 national report revealed that 2,250 Veterans use homeless shelters each year; there is a higher rate of episodic homelessness for Veterans compared to non-Veterans; and Veterans are older on average than homeless non-Veterans. The Centre for Addiction and Mental Health states that individuals who experience mental health issues are at greater risk to experience homelessness. The likelihood that Veterans will be confronted with disturbing events naturally puts them at greater to risk to acquire a mental health injury and consequently increases their risk to homelessness. In Canada, it is estimated that 10% of war zone Veterans –including war-service Veterans and peacekeeping forces, will go on to experience PTSD, while others may experience at least some of the symptoms associated with this condition. 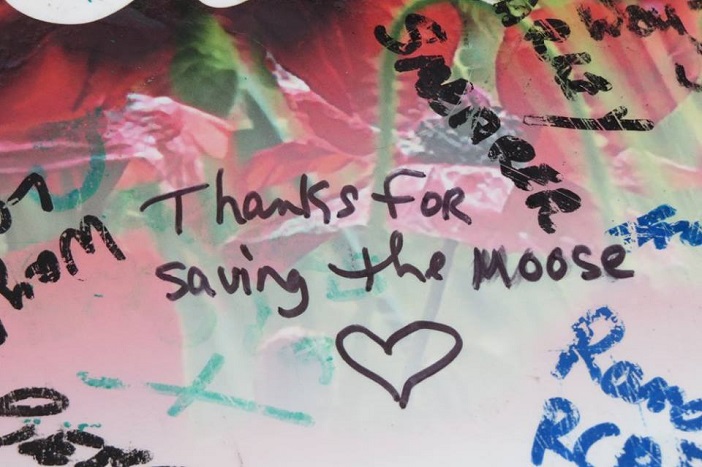 Hundreds of Vets signed Mike Ranta’s canoe as he traveled across Canada. One admirer thanked him for Ranta’s rescue of a moose calf that Mike was able to capture on video.

During his national adventure, that at times offered nerve-wracking challenges, Ranta gathered natural elements from the landscape from every province.

This nearly seven month trip is also significant because it marks Ranta’s second solo paddle from coast to coast. Ranta is the first, the second and the only person to have accomplished this remarkable feat. He is already planning his next water adventure.

“I’m thinking of a more northernly route and one that is more isolated.” Ranta has received a few offers for filming agreements. “I’d love to make a film paddling across this country- from a Voyageur point of view. We don’t get to see the back country and it has a unique energy to it. I want to show people our county and I want them to be inspired by it, like I am.”

Over the next several weeks Ranta will make his way slowly back home to Atikokan, Ontario. He’ll spend some time in Cape Breton visiting family and friends and he hopes to share his message with students as he progresses north.

“I love speaking with young people. It’s a relating thing you know,” he laughs. “I have the mind of a child and the energy of a teenager so I relate well! And Spitzii makes for a good ice breaker!”

As a final remark to his over 8,000 Facebook followers and the hundreds of people he’s met along the way Ranta commented, “I want to say thank you to everyone I met. It was unique and everyone brought a different energy to me and that just made it move along. I’ve got a lot of great memories and I can’t say thank you enough. You made this old kids dream come true and I’m glad that there were so many people that could be a part of it.”

Donations are still being collected and funds raised will be shared among the Atikokan Legion and the Atikokan Youth Centre. Click here to make a donation. 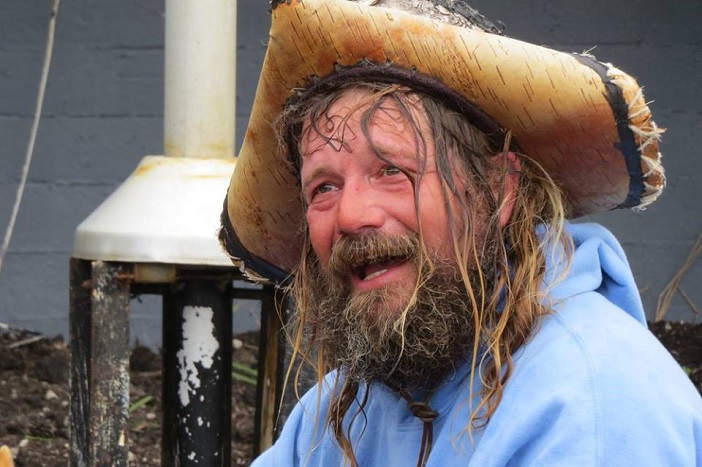 An emotional Mike Ranta at the end of his journey. “I shed a tear when I got here to the Legion and I was thinking about so many people. There were so many old Vets that I met along the way. I thought of all those guys. Meeting them and hearing their stories and seeing the fire in their eyes…”