Trending
You are at:Home»Environment»Things Are Getting Trashy North of the Sault
By Steffanie Petroni on June 9, 2015 Environment

It’s getting pretty trashy north of the Sault. After just one week without recycling pick up services, little communities along Highway 17 between Sault Ste. Marie and Pancake Bay have been flooding the Sault North Waste Management Council (SNWMC) with concerns about an increase in garbage littering the wild landscape. Folks, some with pre-existing health concerns, have also complained about an increase in backyard garbage fires.

Following a spate of dump closures in the North, Holly Hughes, SNWMC chair, worked diligently with the Council to save the Havilland Waste Disposal Site- and they did. Looking for long term solutions to extend the lifespan of the site led to diverting recyclables from the landfill. The Council spent years applying for grants but alas these temporary supports have expired. Area residents have agreed to absorb the $60,000 plus through taxes to keep recycling services active. However, that money will not be in their tax base until July 2016.

In the meantime, SNWMC has run out of money to continue paying Greg Long, of G.T. Waste Systems, for recycling services in the area. Long was operating recycling pick up at a break-even profit. Revenue earned from recyclable metals just offset the cost of shipping plastics and paying his staff to sort the recycling.

Hughes commended Long for his seven years of environmental stewardship in the community. “He’s done this for seven years and despite what people often think, there is no money to be made in recycling. There was never any money in this for him.”

In fact, Long continued recycling pick up at a loss for a period of time and until last week, incurred the cost to continue the service.

“He’s not been paid for a number of months and he’s continued to pick up without pay,” shared Hughes. “He believes in this. He invested a considerable amount of money in the recycling plant at that dump.” 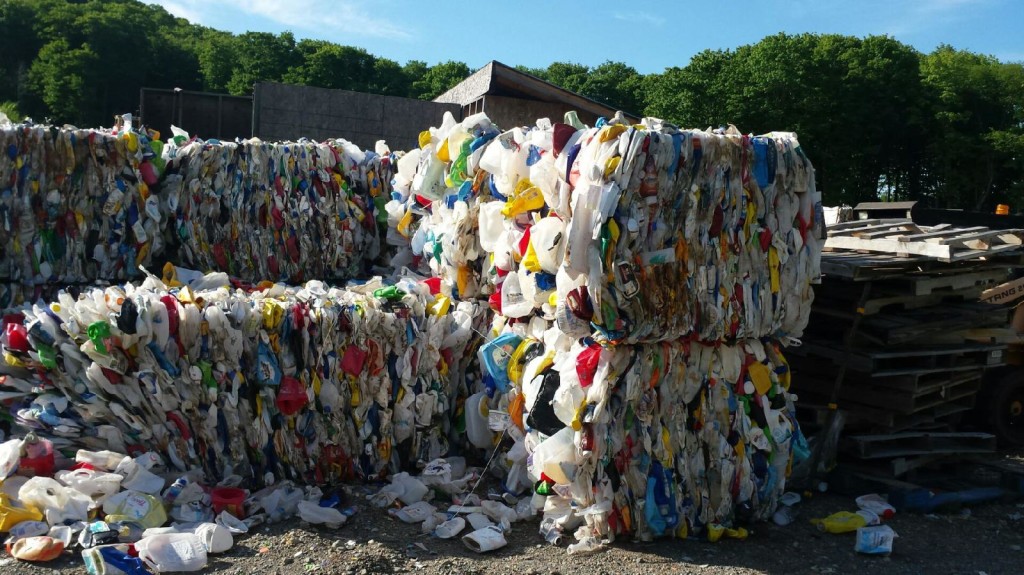 Over the past seven years Long’s service has diverted 350 metric tons from the landfill.

“My kids and someday my grandkids have to play and grow up in this community,” remarked Long of his service. “If we don’t take care of this now it’s not going to be taken care of. We’re outdoor enthusiasts and it hurts me when I’m out in the bush and trash is all over the place.”

Long has also received many calls since the cessation of recycling pick up this past week. “The phone is ringing off the hook and people are wondering why we can’t pick it up. People are upset. They’ve taken the time to separate it and there’s nowhere for them to take it. The landfill is going to take the hit. We’ll lose that landfill a lot sooner and we’ll have an entirely new problem all together.”

Hughes impresses upon the urgency to find a recycling solution. Extending the life span of the current dump is critical to allow the community to possibly expand the existing waste site or to find a location for a new dump. Identifying a suitable location can take upwards of twenty years when factoring in the need of extensive environmental studies and other reports that need to be conducted.

Sault Ste. Marie does not accept garbage from residents north of the city though the Montreal River dump will. However, the drive is lengthy and the courtesy may come with a time limit. Hughes expressed concern about businesses that rely on the Havilland Waste Site. “They would be closed down by the Public Health Unit,” she said.

In the meantime Hughes and residents are hoping that Algoma-Manitoulin MPP, Mike Mantha, will bring some good news back from Ottawa. Residents were active in vocalizing their concerns to Mantha and have been advised that he’s been working the House on their behalf.

“We’ve had great support from the Ministry of Natural Resources and the Ministry of Development and Mines in the past,” remarked Hughes. “We’re just hoping that one of those entities can bridge the $62,000 gap this year.”

In the meantime, recycling is going into the landfill or in the case of people who never brought their garbage to the dump, they’re burning or burying twice the amount of trash than they were last week.