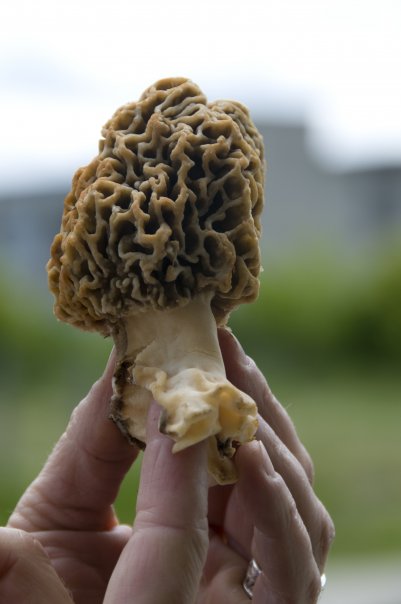 Morel mushroom. Everyone is hot for mushroom savvy these days. (photo courtesy of Forbes Wild Foods)

Growing up, the wildest foods to hit my palate were the blueberries and raspberries picked at camp with my Dad and the dandelion salad that my best friends’ Nonna chopped up in the summer time. As for utilizing nature’s gifts for non-edible purposes, once I helped the older girl next door collect pineapple weed so she could wrap fine strands of her long hair around the little bud for the purposes of procuring natural golden highlights.

Post WWII the agribusiness exploded and fast food restaurants popped up everywhere. The 1950’s were about eating conveniently. It only took a few generations of this lifestyle for most of North American society to lose their connection to the land. Unlike Europeans, who still went to their backyards to gather naturally growing greens for the dinner table, Canadians and Americans alike spent billions over the decades to rid their lawns of indigenous plants and ‘weeds’.

“What is a weed?” posed Ralph Waldo Emerson. “A plant whose virtues have not yet been discovered.

What we have done to the poor dandelion all in the name of flat green lawns! The golden weed is native to Eurasia. Valued for its’ medicinal properties and edible uses, the dandelion migrated north with European settlers- or colonizers, depending on your perspective.

However, over the past decade there has been a local food movement that demands reconnection to not only food but also the land whence it came. Foodies and chefs are partaking in the WILD HARVEST for all sorts of reasons. Some foragers want to be in touch with nature. For others it’s about knowing one’s food source, nutritious and local food options, ethics, gourmet cooking or there may be a strong sense of a spiritual connection to the land and the bounty it provides.

Whatever the reason, in this age of meat raised on hormones and antibiotics, grocery store veggies saturated with pesticides and economic hardship, it’s beginning to make a lot of sense to all sorts of people to harvest the cornucopia of nutritious food provided in the bush- and sometimes even growing in the midst of an urban jungle.

But what’s really going on here? Is this just the latest trend? Or are we witnessing a food revolution? 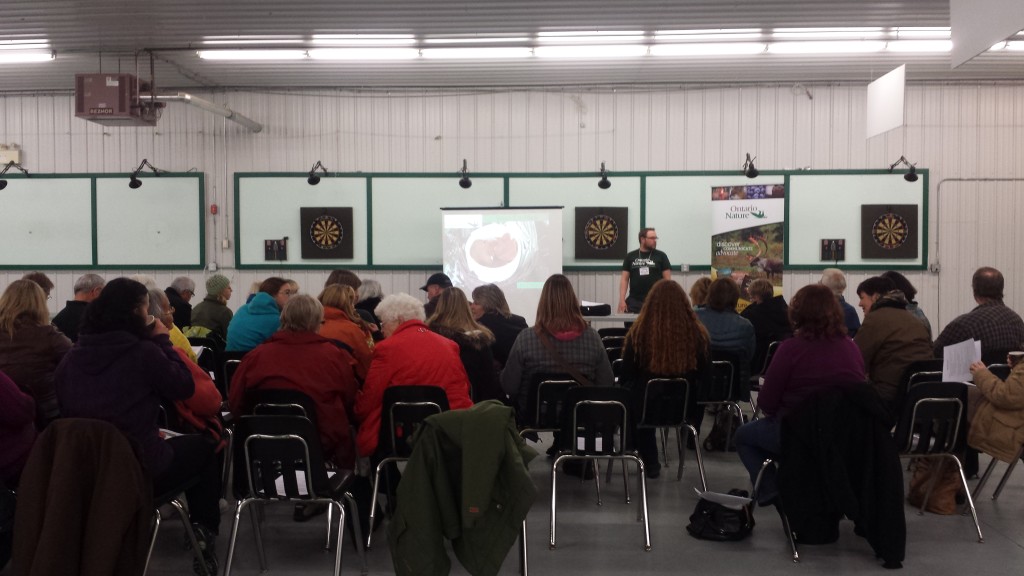 Will Stolz, is the coordinator with Ontario Nature’s Forest and Freshwater Food project in Thunder Bay. The two year project educates people about safe and sustainable foraging practices. Workshops occur in and out of the forest.

“We sent out a survey and found that there was a lot of people interested in foraging for wild food- even hunting,” Stolz commented.  “It’s definitely the ‘in-thing’ right now but the local food economy has been gaining a lot of steam for about a decade now. I personally think foraging is going to continue to grow. People are realizing that that there is food in their own backyard and they don’t have to use the global food market to get their food. It increases food security.” 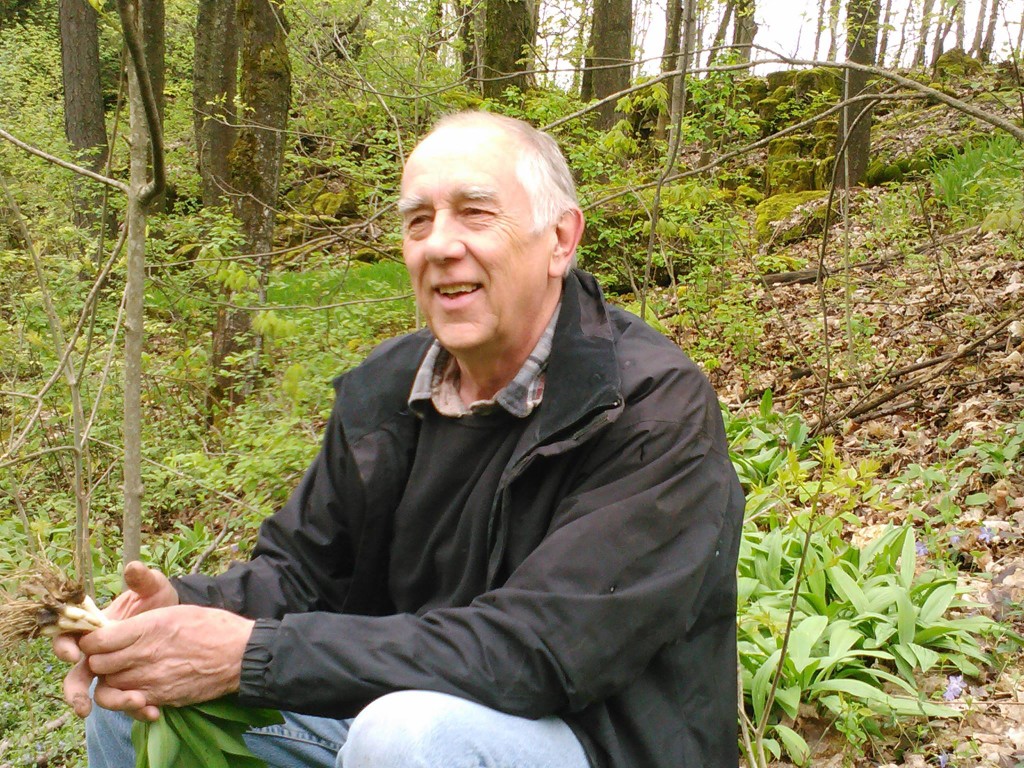 Jonathan Forbes, founder of Forbes Wild Foods, credits the revitalization in part to the slow food movement that has been rolling through Canada over the past ten years. “People were interested. They wanted to know where their food was coming from. They could get morels from Canada, they didn’t have to get them from France. And nobody has to bring cranberries from Sweden so we can buy them at Ikea- we have that here. So more people started looking at local and regional foods and then it wasn’t much of a push to tell about indigenous foods too.”

Stolz has observed that enrollment numbers in their foraging workshops have steadily increased and Sault Ste. Marie also witnessed a revival in the bush. Chefs are including wild foods on their menu, google searches turn up oodles of wild food recipes and foraging videos, and journalists derive enjoyment from exploiting the topic. All pretty convincing that the nation is in the throes of a passionate food revolution.

But not everyone agrees and the issue is open to debate. In fact over lunch this week my friend exclaimed with exasperation, “Give me a break. What’s the problem with going to the grocery store? This is another trend. Something for the hipsters to feel superior about.” Sheesh. If it isn’t beards, it’s fiddleheads. 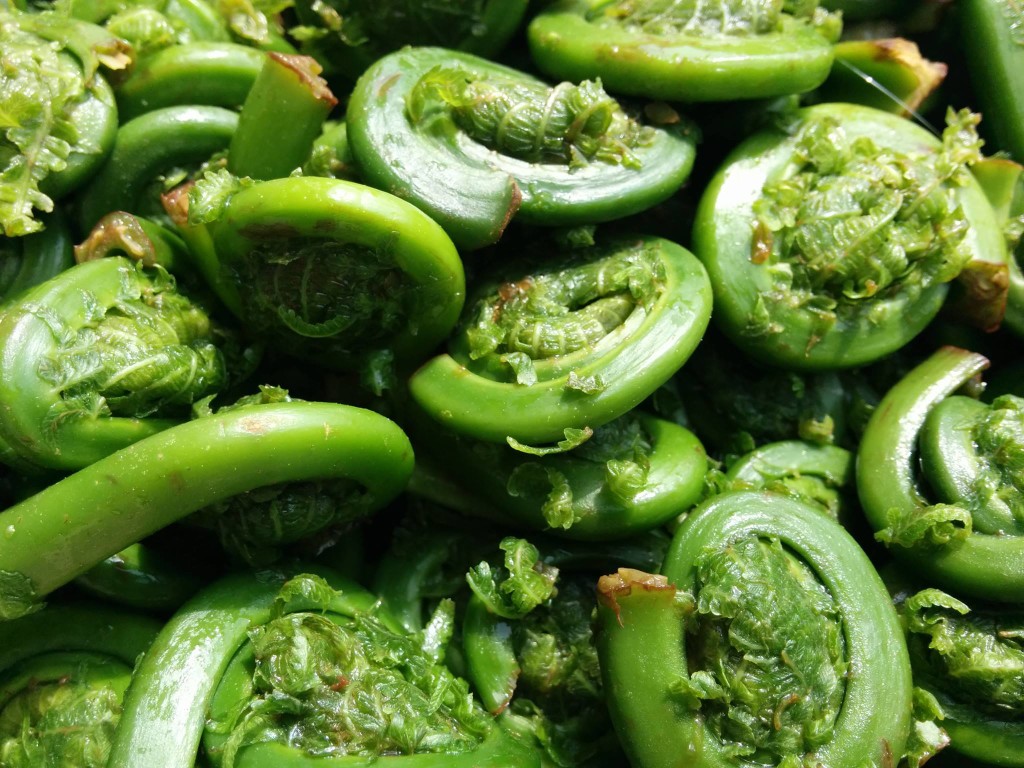 Fiddleheads, not to be eaten raw. After an outbreak of food poisoning in a Toronto restaurant, a Health Canada research effort recovered that fiddleheads must be boiled for 10 – 15 minutes before consumption to remove toxins. Also, be careful not to pick near watersheds where sewage or run off from farms can contaminate. (photo courtesy of Forbes Wild Foods)

Forbes’ has been on the wild harvest scene since he was five years old. “My mother would frequently take me out to pick raspberries, currants, wild ginger or whatever was in season. We never thought of it as being wild food. Wild food wasn’t separated out- it was just another food source. In those days there wasn’t supermarkets. You went to the butcher for meat, you went to the bakers or the green grocers. So going to the bluffs or the ravine to pick something was just part of eating.”

Forbes’ experienced an epiphany when he was speaking with a friend one day. “It was a friend that I thought was familiar with the natural environment. I mentioned that I was going to pick choke cherries and look for beach nuts. They had no idea what I was talking about. I realized that as the population was becoming urbanized that people had lost touch with what they were eating and they had lost touch with what was in nature.”

The realization inspired him to gather twenty different products with which to approach local chefs. Forbes had cooked all his life and the restaurant industry seemed a good way to get indigenous foods back on Canada’s plate.

“There was some real interest. And there were some people that just rolled their eyes. I went into one restaurant that had mango on their menu and they took one look at what I had and told me that it was too exotic. It was a long and slow process.” 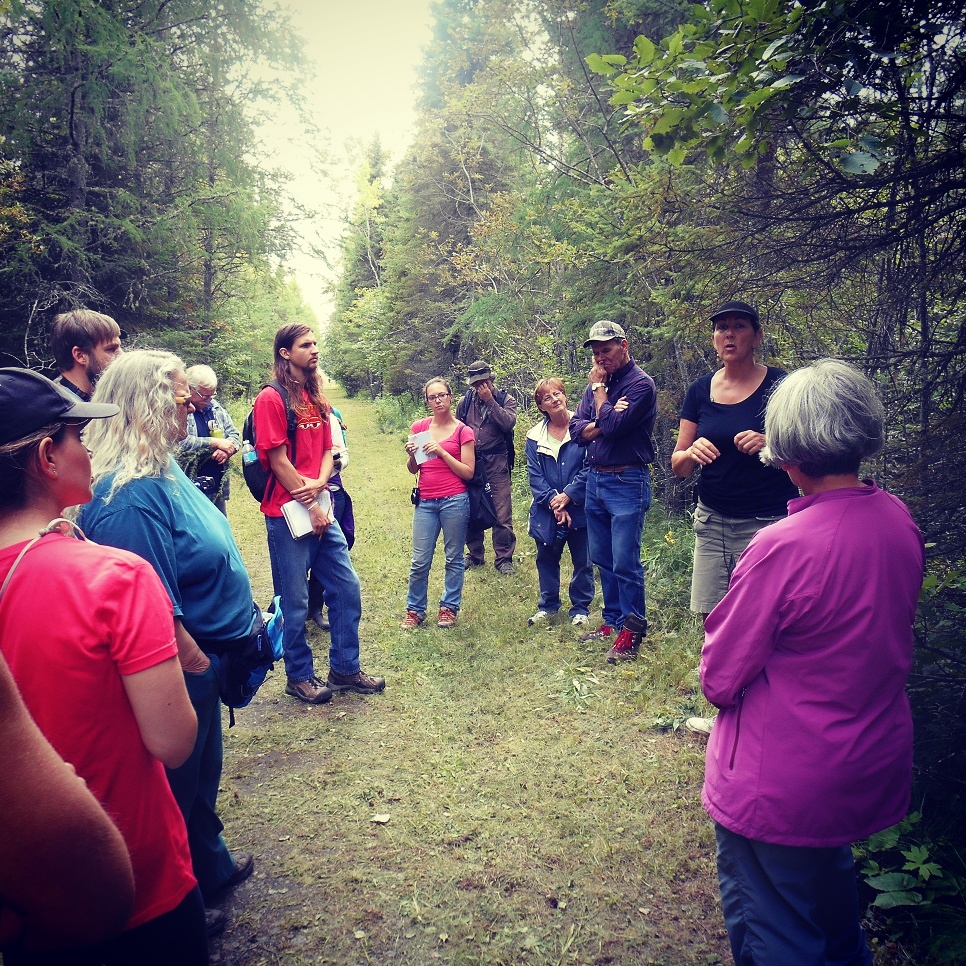 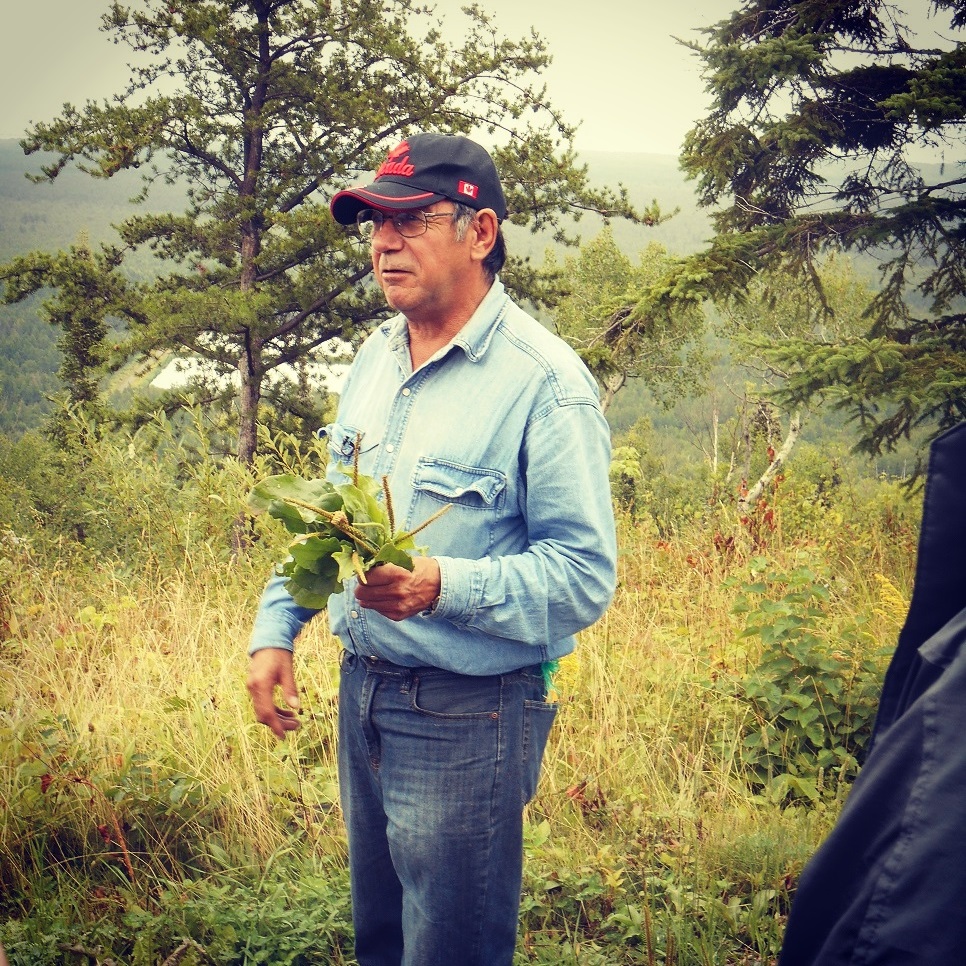 On the subject of whether or not wild harvesting is just a trend or a cultural shift Forbes expounded, “A lot of people just aren’t interested in wild food and that’s probably the 87% of the population that’s become dependent on industrial food. Returning to local food is not a fad. It’s people finding out after two generations of this very strange food system that it’s not necessarily the best one. Good local food really tastes a lot better than something that’s been in a truck for 4000 miles.”

Regarding the availability of indigenous foods in Northern Ontario – there’s an abundance. However, a market infrastructure has yet to be developed in the region. “The biggest problem we have in Ontario is the lack of supply from the North. People aren’t harvesting and selling,” remarked Forbes. “But there is such a rich diversity of food that grows up North. If people can become familiar with what is growing I think more people will make a turn to eating what comes from the forest.”

The comment points to an obvious challenge in the wild food revival- dispersing information to the mainstream about what edibles are growing in the bush. But there’s still one more hurdle before educating the masses about indigenous foods and that’s recovering the knowledge that has begun slipping away.

Ontario Nature addresses this issue through the Forest and Freshwater Foods program. Stolz has been working alongside First Nation Elders and certified wild foods teachers to develop a record of wild edibles, their characteristics and their safe consumption. As well, project efforts have led to the development of an App for smart phones that will assist folks with foraging, identification and sustainable harvest. The App, targeted for release mid-August, will allow the global community to contribute to the database by entering their own video’s and information about edibles in their area.

The App is largely driven by the need to impart upon todays’ youth knowledge of traditional wild harvesting. “We found that knowledge was being lost and not shared with the younger generation,” commented Stolz. “This effort is about getting that information back to them. If we can get these ways, this knowledge back to the younger generation then it might be possible to recover wild harvesting practices and continue from that point on to pass the knowledge down the line.”

Wednesday, August 19th to Sunday, August 23rd is Foraging Week in Thunder Bay. Workshops, Field Walks, Medicinal Walks and Mushroom Picking are among the many activities. Click here to for more event and registration details. Inquire about their summer camps for youth at the same time!

Interested parties will be meeting at the Husky Truck Stop at 1275 Trunk Rd. at 10 a.m. and then heading out to Fort St. Joseph to gather wild asparagus. Note: Lots of poison ivy on site and mosquitos will be hungry –be prepared. There is no cost for this event. Contact Tim Kelly for further details: timkelly@abertech.ca

Check out the cornucopia of wild edible plants in the Algoma District. Back by popular demand, Frank Belleau invites you to tour his outdoor ‘grocery store’. Rubber boots, closed toed shoes and mosquito defenses are advised. People will leave from the Husky Truck Stop at 1275 Trunk Road at 10 a.m. Donations of any amount are an appreciated compensation for Frank’s time and willingness to share his knowledge. Contact Frank for further details: clearskybelleau@gmail.com