Trending
You are at:Home»Raw»Taking On the Government of Canada in Memory of Her Daughter: Bill C-2 Dehumanizes People With Addiction
By Steffanie Petroni on May 20, 2015 Raw

Many of you know Donna May’s story well. You may have met her when she first opened up about the tragic and brave legacy left behind by her daughter, Jac. Some have been introduced to her through her writings and others are perhaps only just making her acquaintance. When I spoke with Donna over the Victoria Day weekend I was honestly impressed by her resiliency over the past two years. I first connected with Donna back in 2013 when she was still months away from the first anniversary of Jac’s passing. She was a mother still freshly grieving the loss of her only daughter.

Early on Donna sensed that something wasn’t quite ‘right’ with Jac. As a young mother she sought support for her little girl from the medical community to no avail. Jac, in her early teens, turned to illicit drug use to self-medicate as a way to cope with an undiagnosed personality disorder. It was a stigmatized lifestyle that led to addiction, marginalization by society, loss of her children, inclinations towards crime including violence and eventually her death from blood infections contracted through the use of dirty needles. 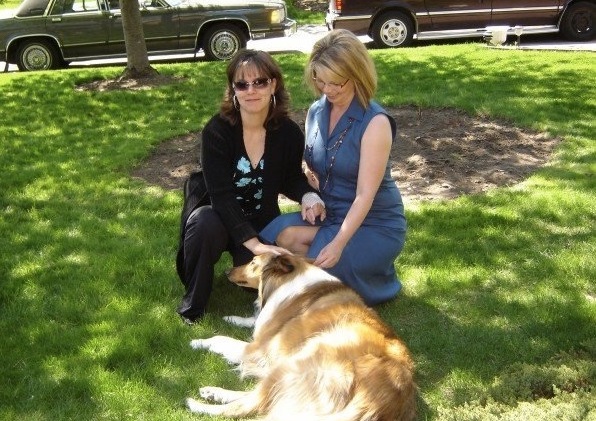 Before Jac died, Donna promised her daughter that she would be her living voice. Donna has dedicated the years following her daughter’s death, to advocate for the humane treatment of all people who courageously live with mental illness and addiction.

Bill C-2, Respect For Communities Act, would amend the CDSA “to create a separate exemption regime for activities involving the use of a controlled substance or precursor obtained in an unauthorized manner, specify the purposes for which an exemption may be granted for those activities, and detail information that must be submitted with an application to the Health Minister for an exemption in relation to a ‘supervised consumption site’.” The term ‘safe injection site’ is often applied in this regard.

In Donna’s opinion, the Feds have “pulled a fast one”.

“They started all this fear mongering,” she said. “They went on about how civil and community rights would be affected if safe injection sites went into the neighbourhoods because it would increase crime, drug use in front of children, that it would bring down property values and there would be needles all over the place.”

According to their website, Insite is North America’s first [and only]legal supervised injection site. Since opening its doors in 2003, Insite has been a safe, health-focused place where people inject drugs and connect to health care services – from primary care to treat disease and infection, to addiction counselling and treatment, to housing and community supports. Insite operates on a harm-reduction model, which means it strives to decrease the adverse health, social and economic consequences of drug use without requiring abstinence from drug use.

A 2006 report on the possible increase of crime in neighbourhoods hosting supervised injection sites concludes that there is not any risk to elevated illegal activity- drug related or otherwise.

Furthermore, as Donna explained, those who are in favour of the withdrawal of Bill C-2 are suggesting that safe injection sites could be hosted in centres where supportive services for people experiencing addiction already exist.

“Our proposal is that we put safe injection sites into community centres that already serve the needs of substance users. So centres that have needle exchanges, that have HIV and HepC testing and that have community support services. We want safe injection sites put into facilities that already have the staff and nurses that oversee safe injection as well,” explained Donna. “It would just be an additional service. It’s not like we’re putting it into communities that don’t already see drug use. We’re just making it safer for an additional group of people.” 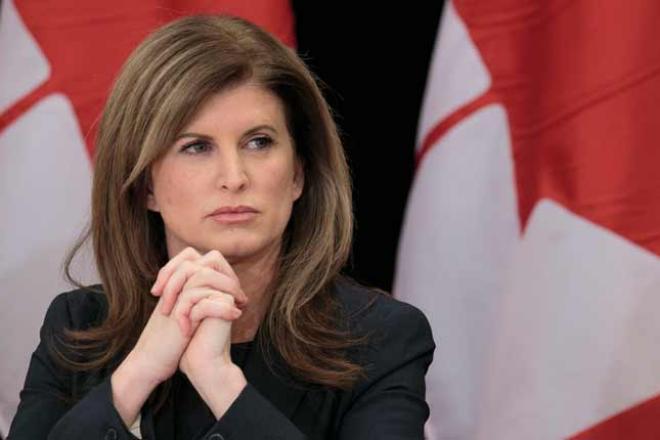 Donna’s frustration mounted as she continued. “The Conservatives and our Health Minister fail to mention that we’ve already done all the research and stated where it’s best to put it. And they’re making everyone believe that everyone is going to have one of those sites in their own backyard. And that’s wrong. That’s not our intention.”

When Health Minister, Rona Ambrose, introduced Bill C-2 she argued that Ottawa was “supporting and protecting Canadian families, who work hard to build safe and healthy communities in which to raise their children.”

Insite was threatened with closure when the Minister of Health refused to renew the exemption which allowed the facility to operate under section 56 of the CDSA. An eventual appeal to the Supreme Court of Canada found that the Minister’s exercise of discretion had in fact violated the health and lives of the claimants and others like them, allowing Insite to continue operations.

While Bill C-2 legitimizes the status of safe injection sites, the 27 criteria points that must be met with the application for exemption, under section 56 of the CDSA that would allow sites to operate legally, are so arduous that conditions are next to impossible to meet and hinder the establishment of new safe injection sites. Further, next year when Bill C-2 comes into force, the conditions will make it difficult for Canada’s only safe injection site to receive another exemption.

The list of conditions is so lengthy that it ran out of letters in the alphabet to itemize requirements as addendum to the application for exemption. Conditions from ‘a’ to ‘z.1’ are found in Bill C-2 in the section entitled Information to Accompany Application.

The grocery lists of ‘musts’ isn’t only lengthy. Critics of the Bill assert that the conditions aren’t only rigorous but are designed to obstruct safe injection sites.

Among the plentiful requirements of the Bill, applicants are required to: present scientific evidence of the medical and health benefits of safe injection sites. Four years ago the Supreme Court issued a ruling that based on scientific research supervised consumptions sites were “evidenced-based” and “life-saving” health interventions; Run a police check on all staff members which sounds fair enough but often individuals best qualified to work in the field of harm reduction are those with a history of drug use and therefore an accompanying criminal record or past; And facilitate in-depth consultations with professional physicians, nurse associations and an extended gamut of community groups that far exceeds the budget and human capacity of any small community agency likely to implement a safe injection site. And further to this final point, supervised injection sites have already won the public support of numerous health and wellness entities.

“The Bill has twenty-seven conditions that are impossible to meet and approval for exemption is at the sole discretion of the Health Minister. She decides whether it’s ‘ok’ or not,” fumed Donna. “The conditions for exemption are so onerous. If I was to open a diabetes clinic next to you I wouldn’t have to do any of those things because nobody has gone out there campaigning and saying that people have diabetes through their own fault because they stuffed their faces with junk they’re not supposed to eat.” 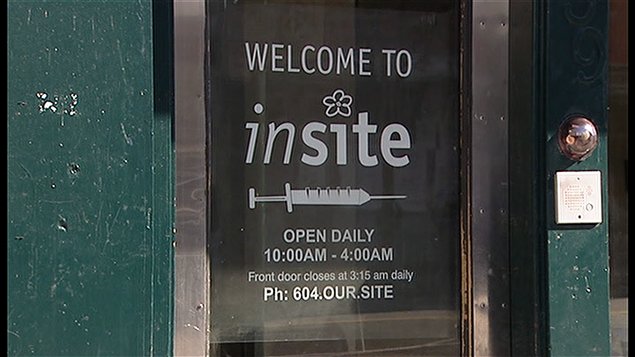 A report created by the Canadian HIV/Aids Legal Network and the Canadian Drug Policy Coalition, clarifies that Bill C-2 “creates a much more restrictive exemption regime specifically designed for supervised consumption services. Under the new regime, exemptions can only be granted for medical purposes and in ‘exceptional circumstances’.” Insite was originally granted exemption for scientific purposes.

In an interview with the Georgia Straight on April 1st, Gavin Wilson- spokesperson for Insite, commented that a whole new set of challenges has been presented through the Respect for Communities Act. Referencing just one requirement of the application for exemption, Wilson commented of the need of police data for a facility’s location stating “that’s about twelve years of crime statistics for Insite and its surrounding area. Someone is going to have to pull all of that information together and that’s just one of more than 25 different conditions.”

Bill C-2 has already passed the third reading in the House of Commons. It is now before the Senate standing committee for review and possible recommendation for amendments.

Donna stated matter-of-factly, “I went before Senate because they are trying to make something of it that just isn’t true. I think the public deserves to know that.”

But it’s not just the need of increasing harm reduction in Canada that motivates Donna to continue her advocacy work. “Addiction is not a matter of willful misbehavior that should be criminalized. Addiction is a health issue. People go further into their addiction when they are discriminated against and not cared for by society. If we could open up a safe injection site where a person would be comfortable walking through the doors because they know that they won’t be looked down upon for injecting drugs and that they’re going to be safe using them, that they’ll be treated with dignity…well, that’s the first step in helping them towards rehabilitation- treating a person with an addiction like a human being.”

Over the past two years Donna has been called to local, provincial, national and international platforms to share the 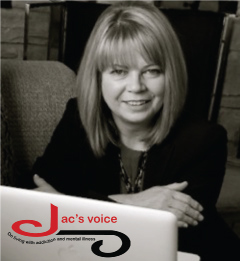 knowledge she painfully came into through the loss of her daughter. Moreover, Donna has invested huge amounts of time to researching harm reduction strategies and best practices that are implemented globally. Over the next year she will fulfill numerous speaking engagements nationally and will also present at the International Drug Policy Conference in Washington this November. Next spring Donna will be among a panel of speakers presenting at the United Nations General Assembly on the World Drug Problem. The panel is comprised of mothers from around the world who have lost children due to incorrect drug policy.

“We are going to change worldwide policy and Canada will have to follow sooner or later, because we will be left so far behind that it will be blatantly obvious. And we’ll have to change. I’m going to make sure that this happens.”

feature image, left to right: Donna May, Marilou Gagnon -CANAC, Dean Wilson -former addict of 40 plus years and former Insite client. All presented as witnesses before Senate. To watch video of the witness statements click here and here)