Well, here we are, April 1st, and the joke is obviously on us! By the look of things outside, Spring has not sprung! The Easter Bunny is going to have one hell of a time navigating all those mangy looking snowbanks out there this weekend, and for all we know, there could be another blizzard on the way! That rabbit is going to need some Red Bull, to get the job done!

This has been a season of perseverance, to be sure. Waiting for Spring; waiting for news about the Algoma Public Health audits, for the final word on the City Budget. But at the last possible minute, we finally got word that the trains will continue to run North! Forget Easter, it must feel like Christmas today for all the folks who own properties and run businesses up the line –they just got handed a minor miracle!

So, now that the information snowball has started downhill, how do we keep it rolling? Luckily, Northern Hoot has been hard at work, following up on existing stories, digging for updates, and bringing you the exclusive news on a few fronts!

Round And Round We go!

Last month, the City introduced its official transportation master plan. At that time, Ward 5 Council member Frank Fata brought up the possibility of roundabouts to ease traffic congestion at the intersection of Great Northern Avenue and Second Line. At the time, Don Elliott of the City’s Engineering Department rejected the idea, opting instead to investigate the possibility of double left-turning lanes, to improve traffic flow.

Well, as some of you may be aware, City Council doesn’t always side with City staff on issues (take the Point Louise development as an example), and it looks like they are headed that way again! Just before the 30 days was up for finalizing the transportation master plan, Frank Fata was able to convince several members of Council to keep the roundabout idea alive. A resolution may be forthcoming in the near future, and if adopted, could see the first roundabout constructed in a major Northern Ontario municipality, putting the Sault at the cutting edge of transportation modernization!

In an exclusive interview with the Northern Hoot, Mr. Fata explained that, “Initially, there was a lot of confusion and misinformation about roundabouts out there. There was some negative reaction from the public, and the engineering department was doubtful that there was enough room at the intersection of Great Northern and Second Line to put in a roundabout on existing city property. In fact, most roundabouts in places like the UK take up the exact same space as a regular intersection does.”

When pressed about the negative comments on local media sites regarding the roundabouts, Mr. Fata responded that, “Well, I think a lot of people were looking at Youtube and things like that, to get an idea of what I was talking about. Most roundabouts are in Europe, and in cases like the UK, people drive on opposite side of the road. I want to make it perfectly clear to everyone that this is not what we’re talking about here. There is no intention of reversing road directions if we proceed with roundabouts. There is no cause for alarm.”

Stay tuned for more developments on the City’s master plan for transportation!

Funding was recently secured in Sault Ste. Marie, to digitally animate the John Rowswell Hub Trail. A total of $238,550 has been allocated to the project, with $28,325 coming from City taxpayers.

For those unfamiliar with the project, the concept involves creating a ‘digital footprint’ of the Hub Trail, so that users can access information from their cell phones or through a web portal, to get historical and cultural information while enjoying the health benefits of the trail itself. The project has ballooned into a major collaboration between multiple organizations and agencies throughout the area, with an emphasis on stimulating tourism and creating jobs locally.

In a previous interview with Northern Hoot, Dr. Gayle Broad, the project supervisor, mentioned that bird watching is a fast-growing eco-tourism sector, and pointed out that chimney swifts (an indigenous local bird) can be seen diving into the chimneys of the Court House and Post Office in summer months. It is this kind of information that can be gathered and uploaded into the Hub Trail animation project, to enhance the experience for visitors and locals alike.

Since the initial story was released several weeks ago, Dr. Broad has been inundated with novel ideas that can also be integrated into the project. She shared some of those ideas with Northern Hoot, but wants to remind readers that these are merely concepts at this time, up for consideration by NORDIK.

“We were contacted by the Fish and Wildlife Department at Sault College. They are interested in looking into the possibility of having their students involved in tagging local wildlife with GPS tracking microchips that will send a signal to the web portal, so that visitors to the Hub Trail can see where that wildlife is, in conjunction to their location. They haven’t determined what types of animals will be included, but the microchips are very small and will not affect the animals in any real way, so it could be done with everything from large animals like bears, all the way down to smaller creatures, like squirrels, or even skunks.” 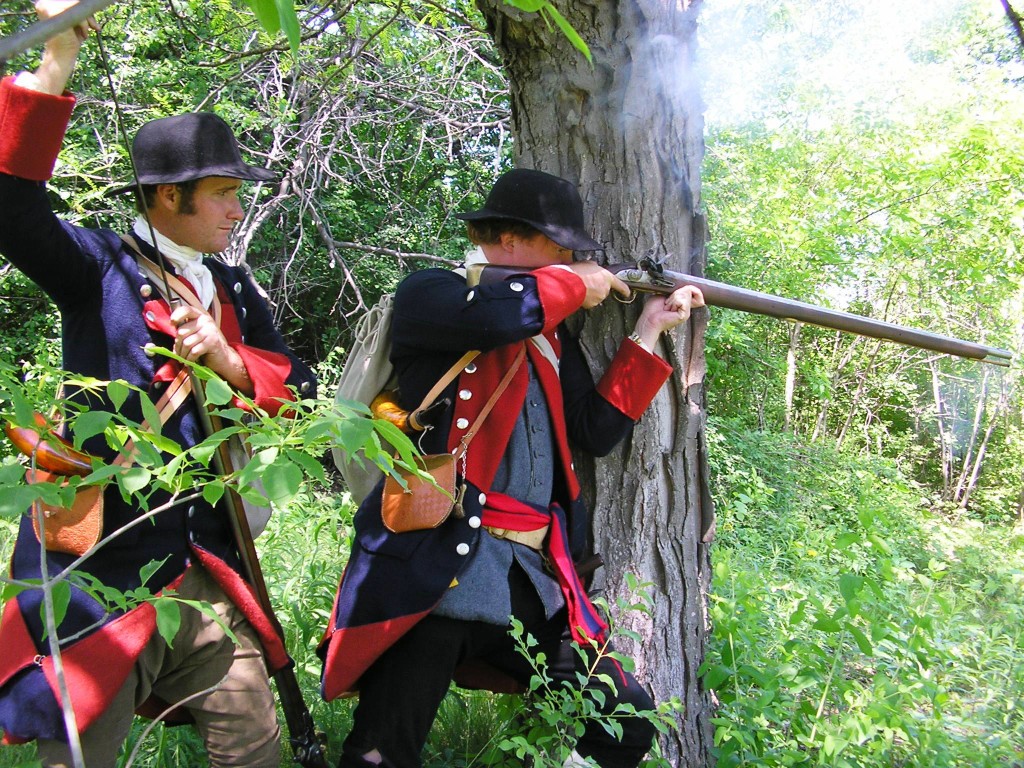 But the possibilities for the animated Hub Trail are not just limited to wildlife enthusiasts. Dr. Broad also reports that she has been contacted by the folks involved with the War of 1812 re-enactors that have dazzled crowds at the Ermatinger Old Stone House for the last couple of summers.

When asked what kind of role they could play in the Hub Trail, Dr. Broad replied, “We are in the initial stages of discussions with them, but one of the ideas is to have them staged in a wooded area somewhere along the Hub Trail, and when American visitors pass by, they could rush out in full regalia, and greet them. Perhaps give out some coupons or passes for the Old Stone House, or a local restaurant, something to that effect.” When asked how the actors would know if the visitors were American or not, Dr. Broad answered, “With the digital technology in place, it would be easy to identify our American friends by the carrier displayed on their cell phone signal. It would add a fun, historic aspect to the whole experience that would build on the project as a true tourist destination. It would definitely be something they would talk about, when they got back home.”

A few weeks ago, City hall was presented with a plan for a large sign to be erected on City property, immediately across from the exits at the International Bridge that would serve to welcome visitors to the Sault. The estimated cost to the City is expected to come in around $40,000, with ongoing maintenance expenses worked into annual budgets afterwards. 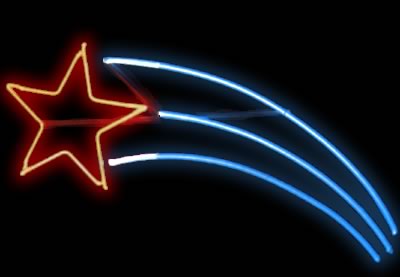 Steve Turco, from the City’s planning department, speaking to the cultural advisory board, revealed a concept for a sign that was based on the one used at LAX Airport in Los Angeles. If it sounds ostentatious, then you are on the correct wavelength with Mr. Turco’s vision. He pictures something big, something lit, and something with motion, that will let visitors know they have definitely arrived somewhere!

But sadly, the project has run into some serious design problems.

“We need something big, something with motion. We need it to be pleasing to the eye, enticing, alluring. We want it to point people in the direction of the local casino, downtown core and waterfront, but there is a problem,” Mr Turco reports to Northern Hoot, “Everything we can come up with so far basically turns into a large neon marquee that draws attention to the strip club located close by. That’s the very thing we wanted to avoid. The problem is, all the attractions we are trying to point toward are down around the corner of Bay Street, but the strip club is a mere few hundred feet away. We have to come up with something that draws the eyes further away. Maybe a shooting star motif or something that depicts turning a corner, I don’t know. But we have to come up with something, and it has to be a good fit for the location.”

Well, perhaps a local competition to come up with a design concept would be the way to go? The Canadian Mint is currently seeking design entries for the 150th anniversary of Canada. Maybe the Sault could host a similar contest, to design a winning sign for the border? Stay tuned to Northern Hoot, for further updates!