Trending
You are at:Home»Environment»Skinny Dipping With Will Gartshore: Pristine Lake Superior
By Steffanie Petroni on October 7, 2014 Environment 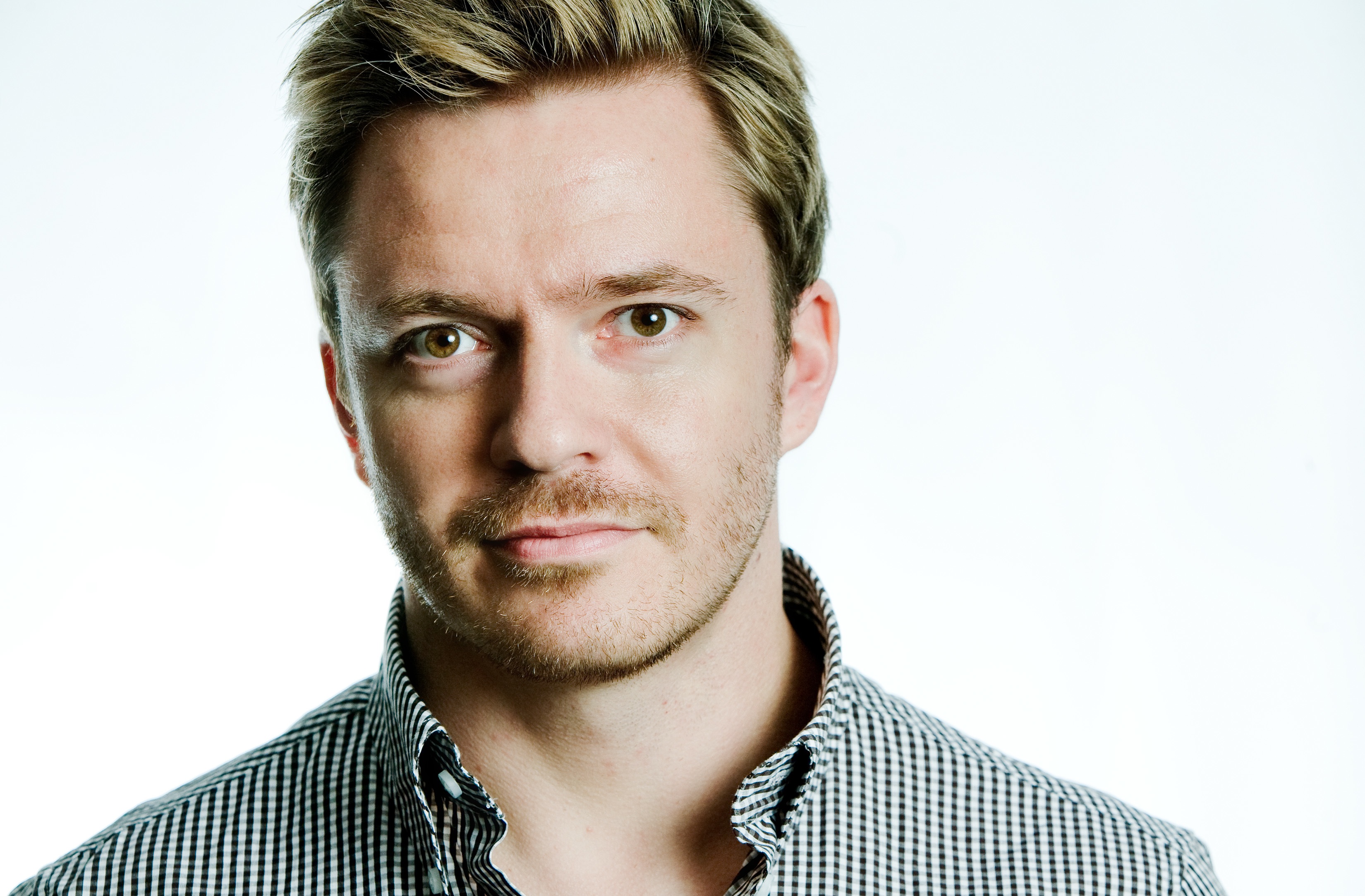 Will Gartshore lives in Washington, DC, where he has performed in dozens of professional theatre productions, including Ordinary Days, Becky Shaw, This, Orson’s Shadow, Summer of ’42, A Year with Frog and Toad, And The World Goes ‘Round, Show Boat, Merrily We Roll Along, Assassins, Sex Habits of American Women, Urinetown, Pacific Overtures, Elegies, Allegro, Twentieth Century, Follies, Grand Hotel, Side Show, Floyd Collins,Parade, The Civil War, The Great Gatsby, Passion, The Religion Thing,Privates on Parade, A New Brain andMonster. Will is two-time winner of DC’s Helen Hayes Award for Best Actor in a Musical and an 8-time nominee. Prior to moving to DC will lived in New York City, where he appeared on Broadway in the original cast of Parade, Off-Broadway in The Last Session and in the City Center Encores! production of Ziegfeld Follies of 1936. He has performed at regional theatres around the U.S., including in Philadelphia and Los Angeles as part of the cast of 3hree, an original musical conceived and directed by Hal Prince. Will can be heard on original cast recordings of 3hree,Parade and Ziegfeld Follies of 1936and was a featured soloist in celebrations at the Library of Congress commemorating Stephen Sondheim’s 70th Birthday and the 50th Anniversary of West Side Story. He has also written and performed numerous solo cabaret shows. In addition to his career as a performing artist, Will is a Senior Policy Officer at World Wildlife Fund lobbying the US government to protect pandas and other furry, scaly and feathered critters. Will is a graduate of the American Academy of Dramatic Arts in NYC and the University of Maryland-College Park.

The legend lives on from the Chippewa on down of the big lake they call Gitche Gumee. “Superior,” they said, “never gives up her dead when the gales of November come early!” ~ Gordon Lightfoot, 1976

When you grow up in Northern Ontario sometimes your best memories of adolescence are of swimming naked in Lake Superior. It usually happens beneath the veil of night, the brilliance of billions of stars lighting up the dark skies, while the bonfire sends up curls of cedar scented smoke and the water gently laps upon the shoreline. And no matter how early or late in the year it is, that water is going to be frigid and when the shock of its icy bite passes through your body all of your senses are awakened- but even more so, heightened.

This incredibly pristine lake holds 10% of the world’s fresh water surface water that is not frozen in a glacier or an ice cap. It is the largest freshwater lake in the world by surface area and the third largest by volume. The surface of Lake Superior measures 82, 100 km2 and holds roughly 3- quadrillion gallons of fresh water- enough to cover North and South America in one foot of water. Its average depth is 147 meters and its maximum depth is 406 meters. Lake Superior is an international resource and is managed through a binational agreement involving Canada and the U.S., and by the Province of Ontario and the states of Minnesota, Wisconsin, and Michigan. (http://www.seagrant.umn.edu/superior/facts )

The Lake Superior Watershed Conservancy was established in 2005. Within this international entity are two separate non-profits, American and Canadian based, that share a common goal and mission to protect the entire watershed of Lake Superior. Under the guidance of the Conservancy successful efforts have been made to protect the Lake Superior shoreline by securing, through donations and gifts, three significant parcels of land and twenty islands that will be preserved in their natural state for perpetuity. In addition to sustaining the balance of a delicate ecosystem, these preserves offer educational, holistic and economic benefit to the Northern Ontarioregion.

The Conservancy is also working collaboratively with Trans Canada Trail to develop an 800 km water trail along the North and South shores of Lake Superior between Gros Cap and Thunder Bay. This trail will be an official connection in the 24,000 km ocean to ocean to ocean trail to be completed and celebrated during Canada’s sesquicentennial. The water trail has been mapped. The second stage involves developing and a system of access points with standard amenities and signage highlighting safety, local mapping and overall information about the Water Trail.

Will Gartshore is a two-time winner of DC’s Helen Hayes Award for Best Actor in a musical and an 8-time nominee. He is also a home grown and fierce environmentalist. When he was young his parents bought a little cabin in Pointe Louise along the St. Mary’s River. Over time the cabin became a year round home for Will and his family.

“My earliest memories are of growing up with the beach and the river and the forests all around me. We were half an hour away from town so I spent most of my free time in the middle of nature. I still cherish that as an important part of my identity. I like telling people that I am from Northern Ontario.”

Will has spent the past twenty years of his life living in big cities. He lived in New York for eight years and then moved to Washington D.C. where he now resides. For the past ten years Will has impressively balanced two full-time careers. When he isn’t writing and performing on the stage in D.C., Will is a Senior Policy Officer at the World Wildlife Fund where he lobby’s for environmental protections on Capitol Hill and across the globe.

“I would say my second choice of career path was definitely dictated by growing up in such an amazing and unspoiled environment and surrounded by nature. I’ve been an environmentalist longer than I’ve been a performer. Before I got involved with theatre in high school I was grabbing on to environmental causes. It’s something that has really driven me.”

This Friday, October 10th, Will returns to the local stage, bringing together his passion for the stage and for environmental causes, in an effort to raise awareness and much needed support for the Lake Superior Watershed Conservancy.

“It is nice to be able to sing about something that I believe in. Lake Superior is a shared resource- it’s a spectacular, global resource. We need to have the foresight and the wisdom to look ahead and protect it now. So if we do develop around this unique and incredible water resource, we do it in a smart and sustainable way that doesn’t threaten natural systems. And that is why the Conservancy is so important. They recognize these places of value and protect them before they are on the chopping block.”

Will has pulled together a compilation of music from four different shows that he has performed over the length of his career. Friday’s cabaret performance will be about place, growing up and becoming who you are over time. The inspiration for the name of his cabaret, “Nightswimming” came from two converging sources- his love for the original R.E.M. rendition of the song and for the more obvious motive, skinny dipping in the Lake.

“I just love the song. At the heart of is that it’s late at night and they’re skinny dipping, being totally free in the middle of nature and not caring about what anybody thinks. And I remember a lot of moments like that when I was growing up as an adolescent.”

Nightswimming is a mixture of touching and quirky material. “With a lot of fun thrown in,” added Will. “There are some really gorgeous songs about how nature affects people and songs about how my life was like growing up in this town. It’s my transition from being a country mouse to becoming a city mouse, and how there’s a little country mouse that will always be inside of me.”

Tickets for Nightswimming, A Homecoming Cabaret and dinner can be purchased for $50 at Kiwanis Community Theatre Centre Box Office at the Station Mall or online at www.kctc.ca . Discounts for tables of 8 or more. All proceeds will benefit the Lake Superior Watershed Conservancy.