Trending
You are at:Home»Northern Voices»Sault Theatre Workshop | Mike Russon: Beyond the Stage
By R.B. Shea on July 20, 2015 Northern Voices

A small Northern city with an industrial heritage, Sault Ste. Marie offers an eclectic mix of attractions and features that can draw visitors to the area, or seduce them into calling it home. A virtual wonderland for outdoor enthusiasts, the home of our beloved Sault Greyhound hockey team, and a gateway between Northern Ontario and Michigan, we have natural advantages.

But there is an aspect of cultural life in the Sault that does not garner us a wider reputation in the region, and perhaps it is time to remedy this deficit in perception. The fact is, Sault Ste. Marie has a thriving theatre community.

There are several local theatre companies actively churning out stage productions, providing a steady stream of entertainment opportunities. In recent years, local high schools have been combining their music programs with theatre productions, producing rare opportunities for audiences to take in live stage shows with orchestral accompaniment. And all of these wonderful opportunities come with a very modest ticket price, especially when you compare the cost of venturing to Toronto, to take in a live show.

But all of this growth and success did not occur in a vacuum. It was cultivated over time, by talented and caring people who gave their time and energy to foster a theatre culture in the Sault. Founded in 1948, the Sault Theatre Workshop has been providing generations of opportunity for local talents to showcase their chops on the live stage. Local young people have grown up with access to live theatre, building upon the strong base of budding professionals who now ‘carry the torch’ for live theatre in the Sault. Today, we showcase one such example. 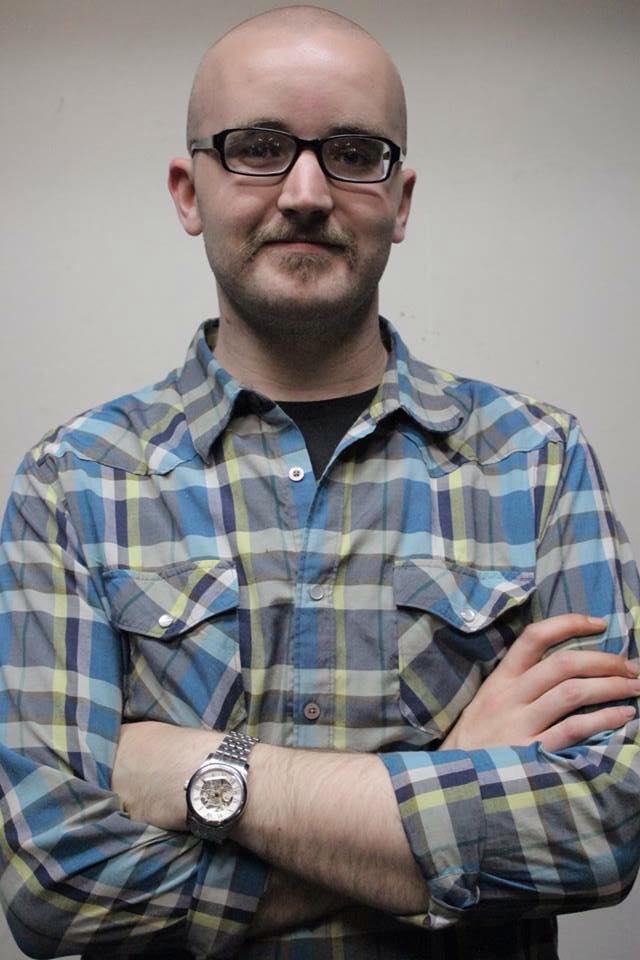 He admits that as a youth he was a bit gauche perhaps, maybe a little more guarded than the kids in his peer group. But that didn’t stop Mike Russon from setting his gaze upon the stage.

“I saw a play and it looked fun. What committed me to theatre, specifically the Stage 1 acting classes were the friendships and unbreakable bonds that I formed there,” remarked Russon.

Russon has been recently inducted as the Sault Theatre Workshop’s Artistic Director with their young company, Stage 1. He is currently directing a cast in the theatre production of Sherlock Homes and the Mystery of Mallen Hall. Russon has also been laying out plans for acting classes that he’ll be teaching in the fall.

“It’s a very flattering opportunity that I was the one entrusted with the company.”

As a Stage 1 alumni Russon credits those experiences accrued with the company as significant markers in his life.

“It was a safe environment where I really felt I could be myself and express myself. I learned about myself and about how to live in those classes. They were completely invaluable lessons and I hope that I can pass that on to at least one kid that is as shy and socially awkward as I was when I discovered the classes.”

The artistic community is often at odds with society, played into a position to often make the case for what art offers economically, educationally and socially. We argue that without art crime rates climb, we become dumber and jobs are lost. But why art is good comes easy for Russon- it’s who we are.

In the technology-based society we find ourselves in today, we readily accept that the vast majority of popular culture comes to us in a ‘canned’ form. Prerecorded music fills our ear-buds, and digital video fills our screens. We have access to the entire world and all of its talent, but this comes with a heavy price:

The songs we listen to, and the shows we watch, are all separated from us, by space and time. Everything is edited, polished and perfected, before it ever reaches us. What is lost in the translation? Vulnerability, imperfection, connection -the very things that define us as human. Live theatre returns us to our natural roots, where we can be in the presence of human beings taking risks, making mistakes, and connecting with us as people. Each performance is unique, one-of-a-kind, intimate.

Mike Russon gives us his thoughts on this.

“Theatre is such a direct and visceral performance art to me. It cuts out the middle man entirely. It’s a film being performed live in front of you. You get to witness that performance and catharsis and be all the more affected by it. It’s definitely a more intimate experience –that’s one of the things I value about it the most -you really feel. I mean that’s not to say I don’t feel when I watch a film, but with theatre it’s just more alive, it’s visceral.”

Musical production are all the rage in theatre these days. If you look at the marquees in New York or Toronto, the landscape is dotted with efforts to capitalize on this trend, and take it to some pretty interesting places. Local theatre has followed suit, and the fusion of local high school music and theatre programs has produced their own modest versions of Broadway.

Let’s face it, music is a natural vehicle that can carry a stage production on its back, making the time fly by, and leave you wanting more. However, the traditional roots of theatre take you on a deeper journey, engaging you in characters and plot, stimulating the intellectual aspect of ‘being entertained’. For his directing debut, Mike Russon has opted to delve into the world of Sherlock Holmes, Sir Arthur Conan Doyle’s timeless sleuth who has become an industry archetype, spawning villains and franchises all over the world, most notably the successful series of feature films starring Robert Downey Jr. as Holmes.

“We picked Sherlock Holmes mainly because it draws a crowd. He’s a popular enough character. And also because I think the Sherlock Holmes stories encourage the audiences to think critically and analyze things and look at every possible perspective and outcome of every scenario. I think that’s a very important message to send to a youth demographic.”

So, the stage is set. Opportunity awaits. Is your appetite whet for something other than canned goods, processed entertainment? Looking for something fresh, organic, something live? If so, it is time to dive into live theatre here in the Sault, take in a local stage production, and see the difference for yourself. For the price of a movie ticket and some popcorn, you can be a part of art, as it happens. 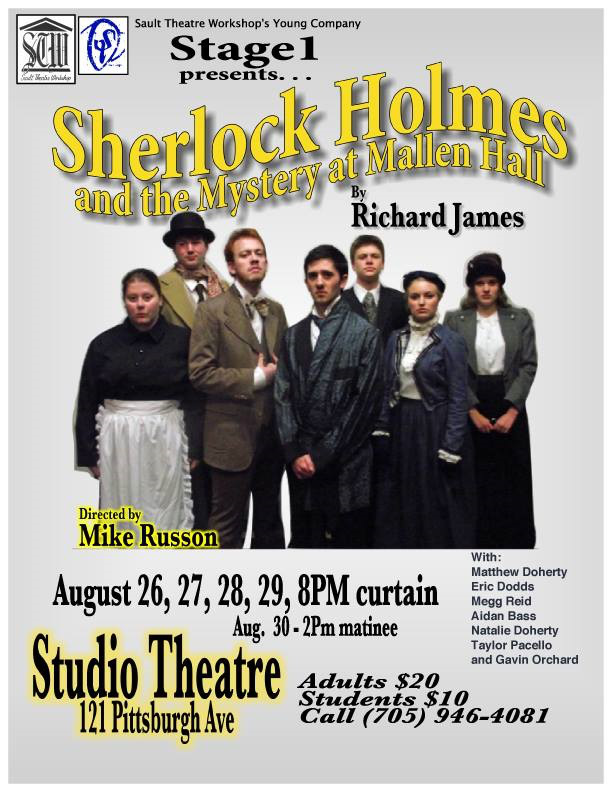