‘Inclusion’- the term became a buzz word about ten years ago. It was easy to toss around, the definition was clear and the concept moved in the right political direction. I can’t think of any other focus area than intellectual disabilities and pervasive developmental disorders where this term was more generously flaunted.

Service agencies and school boards developed initiatives dedicated to eliminating barriers for those who were segregated by labels in the educational system as well as the workplace and the community. Having spent ten non-consecutive professional years working for folks with various abilities you’ll receive no argument from me that this wasn’t long overdue.

However, there were times when I wondered if in our frantic race to get to a place of political correctness-and leave behind an atrocious legacy of abuse and institutionalization, had we plowed down a few important pillars that uphold the tenets of inclusion. Tenets like respect, dignity, individuality and the most important one- choice.

I am apologetic when I reluctantly admit that a certain ‘shaming’ was administered by some colleagues as well as myself, when, for example, a parent, a young person or a caregiver felt that a segregated classroom was a more productive environment to meet the ‘special needs’ of a student. While I have tragically observed how many young people never reach their full potential because of lowered expectations that often occurs in segregated classrooms, I have also observed the opposite.

Many students do flourish in environments where their individuality is accommodated.

And let’s admit it- academics only makes up 50% of the educational experience. The other half of the experience is entirely about socializing. So when someone suggested to Kim Seabrook that the Sault Ste. Marie chapter for Autism Ontario should organize a first ever sensory sensitive prom for kids with special needs in the Sault, she was all over it like pink on cotton candy.

Kim is a volunteer with the local chapter and sits on the provincial Board of Directors with Autism Ontario. She is also the mother of 17 year old, Hannah, who experiences PDD.

Hannah attended mainstream classes throughout elementary school at St. Mark’s in Sault Ste. Marie. “I wanted her to graduate from grade eight with the kids she started JK with. And it was a wonderful experience. But in high school, for lack of a better word, I wanted her to be protected. I can’t imagine what it would be like for people who struggle with sensory perception to have to deal with all the classroom changes, banging lockers, crowded hallways…It would be pretty overwhelming. I preferred that she would be in a more supported environment.” 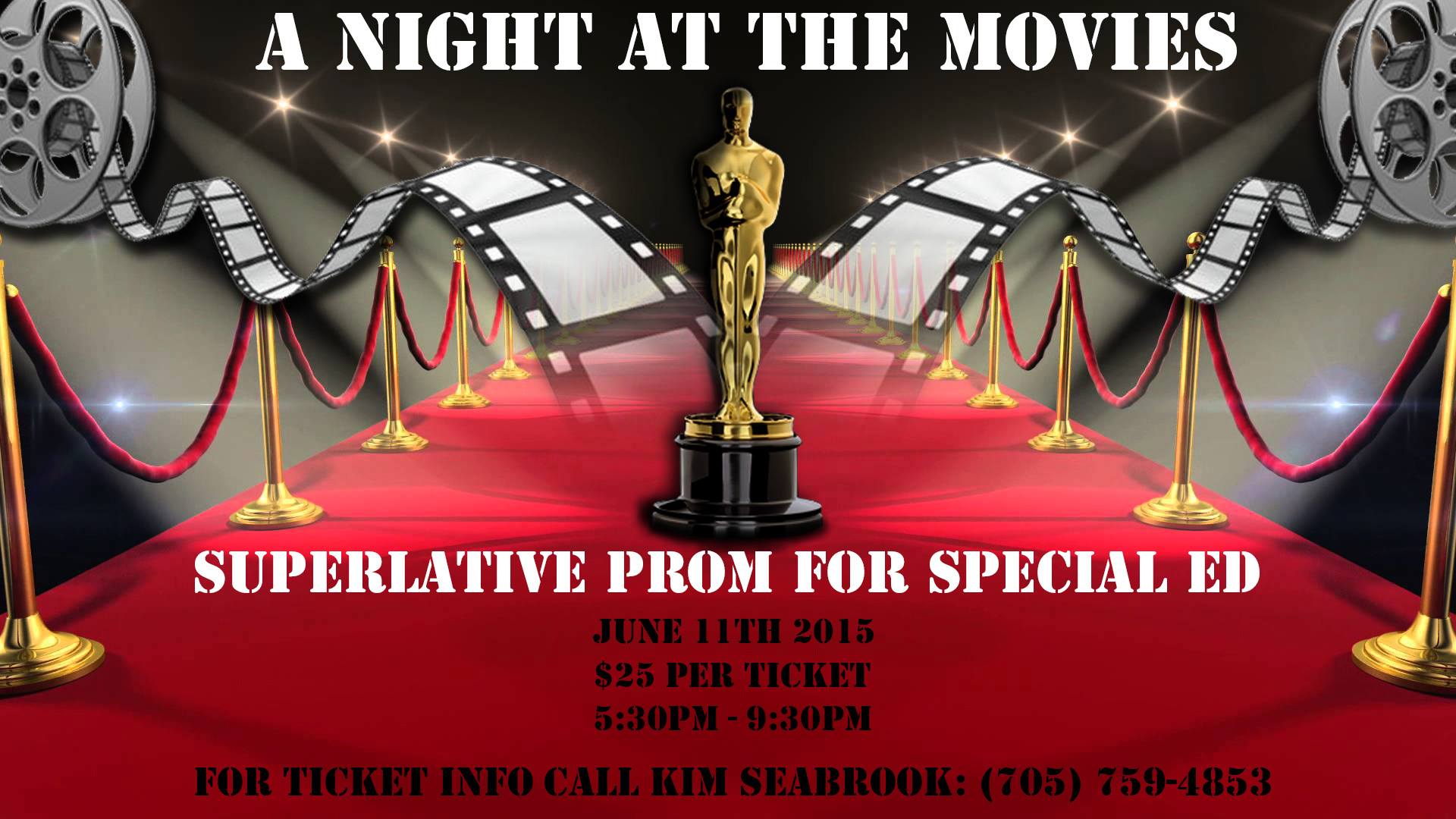 And like all mothers, Kim wants her daughter to enjoy all the milestones of adolescence.

“We all hear these beautiful heart-warming stories, and we see them on social media, about the student with special needs that gets invited to the prom by the head cheerleader or the captain of the football team. That’s lovely. However, that’s not an opportunity that’s presented to most students,” remarked Kim.

As Kim explained, the traditional prom experience may not be something that is comfortable for students with special needs- like autism. People with autism, as well as those with other types of developmental disabilities, may have a dysfunctional sensory system which can result in an unpleasant experience of over-stimulation.

“A lot of students with special needs may not be able to get to their proms for various reasons but one of them might be that the sensory environment is not attractive to them- the strobe lights, the disco ball, loud music- it’s not necessarily sensory friendly,” explained Kim. “So do you take those affects away from the larger mainstream group? I don’t know. We encourage that if students have the opportunity to go to the regular prom that they do. But for the majority of kids in special ed who don’t have that opportunity, we are offering an alternative.”

However, as Kim went on to say, “Nobody is checking diagnoses at the door. The event is family friendly and all high school aged students are welcome.”

So what does a sensory sensitive prom look like?

Well, for beginners, along with the disco ball, strobe light and painfully loud music, formal attire rules are tossed out the window. Don’t worry, there’ll still be music- it just won’t blow out your eardrums.

“I think it will be a really unique looking event. In terms of sensory experiences, lots of girls probably will be wearing Joe Fresh sundresses because they don’t like those itchy prom dresses.” Kim chuckles and then adds, “I remember when Hannah was little and we were attending a wedding where formal dress was required. She came out of the bathroom and was intolerant about how itchy she was while wearing it. We thought a t-shirt under the dress might help. She went and changed and came back out wearing her cute little white dress with a long green and white striped t-shirt underneath and a pair of tube socks on her feet. I didn’t care. I was just glad she was wearing the dress.”

The organizers of the event are also developing a menu with the Marconi to accommodate gluten free options which is not an uncommon need among people with autism. As well fragrances will be muted and Tamar’s Trends has donated 50 white carnation corsages and boutonnieres. “Carnations aren’t terribly fragrant so that was something that was taken into consideration,” clarified Kim.

As Kim pointed out the event may be a comfortable alternative for students that experience anxiety, and with particular reference to the absence of flashing lights, for young people with epilepsy.

The students are looking forward to the event but so are their parents.

“I think the parents are more excited than the kids are. You can see the excitement in the parent’s eyes when we’re planning. They’re just jacked. We’re putting on this party so our kids can experience something that typical students don’t bat an eye at,” enthused Kim. “For parents raising kids with special needs it’s throughout our lifespan that we have to accommodate. We don’t necessarily have the ability to participate in coming of age events. It’s a unique opportunity for these kids and for us parents too.”

The Superlative Prom is sponsored by Autism Ontario, SSM Professional Fire Fighters and Tamar’s Trends. The event will be held on June 11th from 5:30- 9:30 at the Marconi Hall. To order tickets or get involved contact Kim at 705.759.4853.

This is an inclusive event for all high school aged students.

(feature image: Hannah and her mom)