That, in the opinion of the House, the government should: (a) recognize the need to quell the increasing public climate of hate and fear; (b) condemn Islamophobia and all forms of systemic racism and religious discrimination and take note of House of Commons’ petition e-411 and the issues raised by it; and (c) request that the Standing Committee on Canadian Heritage undertake a study on how the government could (i) develop a whole-of-government approach to reducing or eliminating systemic racism and religious discrimination including Islamophobia, in Canada, while ensuring a community-centered focus with a holistic response through evidence-based policy-making, (ii) collect data to contextualize hate crime reports and to conduct needs assessments for impacted communities, and that the Committee should present its findings and recommendations to the House no later than 240 calendar days from the adoption of this motion, provided that in its report, the Committee should make recommendations that the government may use to better reflect the enshrined rights and freedoms in the Constitution Acts, including the Canadian Charter of Rights and Freedoms.

The interpretation of M-103 has been open to debate following its introduction to the House of Commons by Iqra Khalid, on December 5th 2016. The motion sets to reject and condemn all hate crimes and all religious discrimination but particular reference to Islamophobia in the text of the motion has rubbed some people the wrong way. It is clarified within the motion that government should (i) develop a whole-of-government approach to reducing or eliminating systemic racism and religious discrimination including Islamophobia, in Canada, while ensuring a community-centered focus with a holistic response through evidence-based policy-making.

It is perhaps on this point that those who oppose this motion take the most offence. However, supporters of the motion underpin that the motion applies to all race and religious association and following the tragic events at a Quebec mosque in February that left 6 dead and many more injured, proponents assert that this is a timely and necessary motion.

A highlight of its findings reveal:

Further information shows that of reported hate crime there were 181 hate motivated crimes against Jews and 65 hate motivated crimes against Muslims. With the Jews composing 1% of the Canadian population and Muslims composing 3.2% of the population this means that Jews were 9 times more likely to be targets of hate crime at a rate of 54.9 hate crimes per 100,000 compared to 6.2 hate crimes per 100,000 respectively.

The 2013 report on police-reported hate crime also states, “…the proportion of Canadians who are members of visible minority groups or affiliated with non-Christian religions is expected to increase. By 2031, nearly one in three Canadians could be a member of a visible minority group, and the number of Canadians with a non-Christian religion is expected to more than double to about 14% of the population.”

An April 2016 Global News story reported that information provided regarding 2014 police-reported hate crime showed that hate crime against Muslims in that year more than doubled between 2012 and 2014, up from 45 to 99 respectively.

The majority of Conservative MP’s do not support the motion, with many condemning M-103 as an infringement on free speech and setting up Canada for a slow proliferation of Sharia law.

In a Huff Post article Canadian Heritage Minister, Mélanie Joly, states, M-103 is about “… ensuring that, in Canada, we stand for free and respectful exchanges of ideas and opinions. And there is no place for hatred and no tolerance of abuse.”

The Canadian Coalition of Concerned Citizens (CCCC) identifies as a political organization and an advocacy group that seems to have originated from its member’s dissatisfaction with the current government. George Hallak, CCCC founder and leader, has called for a nationwide march protesting, among other things, motion M-103. In a video posted on the CCCC Facebook page, Hallak, shares with viewers that M-103 is a threat to freedom of speech in Canada. He encourages Canadians to peacefully demonstrate their dissatisfaction with the current government position on hydro costs, unemployment but makes particular emphasis on matters of immigration and motion M-103.

A CCCC local march, in Sault Ste. Marie, has been spearheaded by Marc Hallaert. “I’m a passionate, patriotic Canadian and I can’t sit idle here while things are happening in our country,” he remarked. 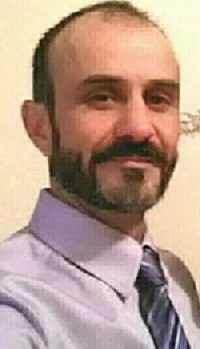 When asked what concerns with the current government have compelled CCCC’s March 4th nationwide march effort Hallaert provided, “We’re concerned about our freedom of speech being attacked. We want to say what’s on our minds. We don’t want forced immigration, we don’t want to be forced to not speak against Islam. We want Canadians to be treated properly by our leadership. We are being attacked in so many different ways -our energy costs are through the roof, people are struggling, losing jobs. There are so many different things on the table. And these are all the things we’re marching about. It’s not just about M-103, it’s not just about Islam. It’s time Canadians stand up and ask our Prime Minister to please not forget us and to please make us part of the generosity that comes from our taxpayer money.””

When Hallaert was asked about CCCC’s strong emphasis on M-103, he stated, “I would say M-103 is the icing on the cake, the last straw. The government is going too far. They are telling us what to believe and what to do -and they can’t. We have that freedom and we must hold on to that. If they take that from us then we can’t say what we believe and follow an ideology that has been forced on us by the government. They don’t have that right. The government is supposed to work for us and this government is not.”

Ward 3 City Councilor, Matthew Shoemaker, commented of the discontent around the motion, “It seems this should be fairly non-controversial. It asks for the Canadian Heritage Committee to investigate the causes of systemic hate against Islam and all other religions in our system. It specifically mentions Islamophobia in the motion so I think people have grabbed on to that aspect of it to say that we are focusing on hate against one group rather than all groups. But I think people are misreading the motion because it asks the Canadian government to investigate the hatred against all religions, not just Islam.”

Among the recommendation motion M-103 asks the Standing Committee on Canadian Heritage to carry out a study on how racism and religious discrimination can be reduced and to collect data on hate crimes. 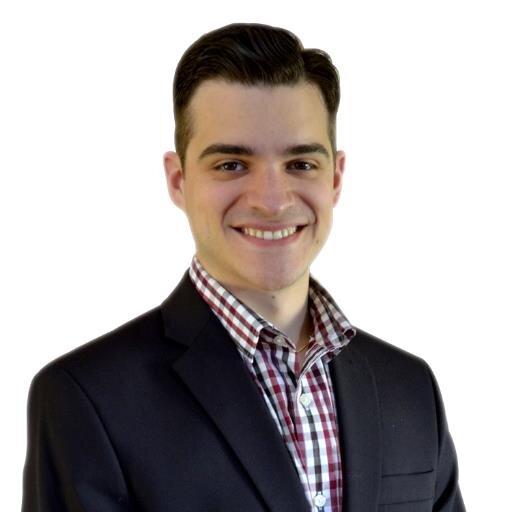 When asked for his professional opinion regarding the loss of freedom of speech that many who are in disagreement with the motion have expressed as their main concern, Shoemaker stated, “It is clearly asking the Canadian Heritage Committee to look into what is causing what appears to be an uptick in hateful comments directed at all religions. So how that infringes on someone’s ability to say what they want, well they have Constitutional protections for their right to free speech. No legislation or motion or study could infringe on their Constitutional rights. I would perhaps go one step further down the logic line and say they have the right to disagree with the motion whether for religious belief reasons, political reasons, and those of us who agree with the context of the motion have a right to disagree with their disagreement with the motion. So everyone’s religion and religious belief is protected under the Constitution, everyone’s right to free speech is protected under the Constitution and no legislation can take that way. They have the right to practice their own religion as do Christians, as do Jews, as do Muslims.”

Regarding the atmosphere of discrimination against Sault Ste. Marie’s local Muslim contingent Shoemaker provided, “I think it is present but I don’t think it is prevalent. Generally speaking I think people in the Sault recognize that most of us are very recent immigrants other than our aboriginal population. So the fact that the new wave of immigration is not from, traditionally, European communities or Catholic countries as most of our less recent immigrants were, I think people recognize that it’s a new age of immigration in the world but it is the same situation or position that many of them were in 50-75 years ago.”

The March 4th event is called Freedom March and organizers are expecting 66 cities across Canada to participate. Some communities have begun establishing opposition efforts to protest the Freedom March. An undertaking by a group in Ottawa have established a Facebook page event page with the tagline Ottawa Against Fascism, writing of the CCCC Freedom March:

Using typical Islamophobic scare-mongering, the Coalition is calling for demonstrators to rally against Sharia Law and globalization. The underyling goal is supposedly to protest the already weak M-103 motion, condeming Islamophobia, which was recently introduced in parliament. But we know what this rally really means: the Canadian Coalition of Concerned Citizens -a fascist organization that wants to assimilate indigenous peoples, end public healthcare, institute mandatory military service, criminalize dissent, and end access to abortion- is planning to rally against Muslims and for white-supremacy. We will not let this go unopposed. Fascism will not be given breathing room in Ottawa. We call on all people of Ottawa to come together with thousands of others across Canada and rally against fascism. Please bring banners and noise-makers: we will be disrupting the “March for Freedom, Liberty & Justice”. No platform for fascists.

*At the time of publication neither local Conservative party leader, Ross Romano nor MP Terry Sheehan were available for comment. Though various efforts were made to reach out to the local Muslim community, contact was not made in time for this article. The press release from the Canadian Coalition of Concerned Citizens regarding Saturday’s demonstration is copied below.*

The Governments in Canada should be listening to Canadians and not foreign funded special Interest Groups. These groups are not representative of Canadians.

Recent efforts by the current government, like M-103, should be the concern of all Canadian citizens.

We would like to mobilize Canadians to establish grassroots community groups that are representative of the people. We would also like to hold roundtable discussions and Town Hall meetings to find solutions in our communities.

We are Canadians who stand for Freedom and Justice for all. In a Free and Democratic society of free people and free institutions. Where all people are created equal.

Freedom March Sault Ste. Marie, will take place on Saturday, March 4th from noon -4 p.m. at the Civic Centre. Participants are encouraged to make a sign expressing their concerns with the performance of the current government.