Trending
You are at:Home»Agriculture»Sault and Area | Wild Harvest: Caring for What’s Beneath Our Feet
By Steffanie Petroni on August 30, 2015 Agriculture

Turning wild harvests into a sustainable revenue is a relatively untapped market –so far. If you haven’t jumped on the band wagon yet you might want to and soon, before the cart fills up. A handful of innovators attended a workshop hosted by Ontario Nature yesterday aiming to soak up some pointers about turning those wild parsnips into profit. 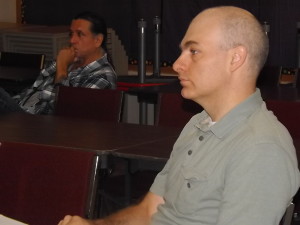 “I’m a substitute teacher and in that vein is the phrase ‘lifelong learner”. I always like to learn new things. And I’d like to be a little less dependent on grocery stores,” shared Gagnon. “I have my own garden as well as raspberries, blueberries, cherries and grapes in my backyard but I don’t have much experience with wild harvesting.

With the call-in nature of his employment Gagnon might be looking to supplement his teaching income.

“I hadn’t really considered starting my own business but there’s a germ of an idea forming in my head.”

Will Stolz, Ontario Nature, was on hand to impart information regarding the business potential of wild foods, how to put together a business proposal and using social media to promote product.

“Our program teaches the value of foraging. A sustainable market of foraging can provide jobs in the future and provides a connection to the land. There’s many different examples where you can make a business out of foraging such as tourism and workshops, but it’s mainly selling products,” commented Stolz. 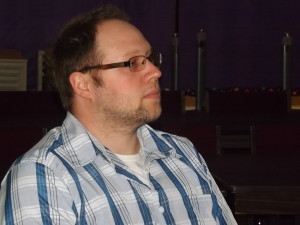 After conducting a survey a few years ago Ontario Nature recognized an urgency to preserve and disseminate information about wild foods in to the public mainstream.

“The survey showed that about 20% of people foraged some of the more rare stuff out there. About 80% harvested wild berries –berry picking is very common. We noticed that knowledge was being lost about these more rare species of vegetation. In addition to getting that knowledge back out there, Ontario Nature wants to make sure that people are harvesting sustainably,” remarked Stolz.

An example of harvesting that is not sustainable would be collapsing upon a wild onion patch and digging out every last precious bulb for an endless supply of cream of potato and onion soup. Don’t do that.

“Common weeds like dandelions or lamb quarters can be picked as much as you want. There’s always more the next day. Wild food like that can’t be over harvested and are high in nutritional value too,” continued Stolz. 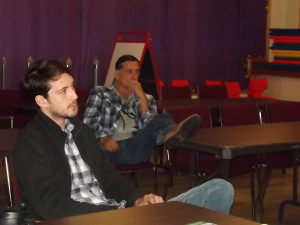 Foreground, Patrick Evans. “I come from a family of very nature based people. I’m just looking to expand my knowledge.”

There are precautions one should be aware of before introducing wild foods into their diet. As explained by Stolz an ‘edibility test’ should be performed- nobody wants to be poisoned by consuming a pile of late season toxic milkweed or from eating a fake, look-alike morel mushroom! The edibility test advises that one rubs the natural food on a sensitive part of the body –your cheek perhaps or wrist, and if a reaction does not occur a couple of bites and swallows of the potential meal would follow. If a reaction is not imminent –consume with caution. And remember- ‘bitter’ usually doesn’t mean add more salt, it means stop eating!

Eating wild sounds pretty scary right? Why with having to boil toxins out of certain foods before consuming, possible allergic reactions, all sorts of potential to eat something you really shouldn’t, and not to mention schlepping around in humid bogs or through swarms of mosquitos, why the heck wouldn’t you just stick with your 1,000-mile-trucked-grocery-store-broccoli?

“It brings people back to the connection of nature,” shared Stolz. “And the food is free. It’s also part of the local food movement. A lot of people are realizing that local food is what is healthiest for you. A good example is the consumption of local honey. Local honey contains antihistamines within your region meaning that if you’re allergic to some of the plants in your area you could build up an immunity over a period of time.” 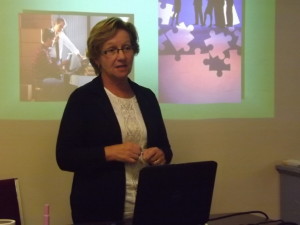 Susan Milne, renowned Master Gardener, was in attendance yesterday. Milne spoke emphatically about the increasing challenge for people to put food on the table.

“Look at the number of food banks and the growing number of people that can’t afford to feed themselves. What they are spending their dollars on probably isn’t the healthiest food either. Perhaps if the knowledge was available they could supplement what they are getting through wild harvesting. Wild harvesting is available for everybody- not just people that have money,” remarked Milne.

Frank Belleau has been conducting wild foraging walks on the Garden River territory for well over a year. For him, eating from the land is about interconnectedness.

“It’s about being a spiritual being, walking in the bush, knowing that those things are there and that they are being taken care of,” shared Belleau. 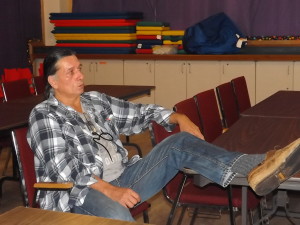 Belleau expressed concern with a recent decision by Chief Dean Sayers of Batchewana First Nation to clear cut 40% of their land.

“I’ve been trying to argue that there are other ways we can use the land. Unfortunately there’s a lot of deaf ears when it comes to money. They’d rather take the first thing that’s offered instead of looking at the long-term adverse effects of it,” lamented Belleau. “That field of mushrooms is going to be worth a lot more over the generations than a field of logs.”

“This is part of our culture. Food- for thousands of years is what built our ancestors. When we were strong we honoured those things. And…we can do that again. It’s for everybody, not just for us. It’s about two-row wampum –where we learn from each other. We share with each other instead of taking over the other ship. That’s what’s been happening. We know some stuff, we’ve been healthy for a long time. And it’s time that we go back and simplify things and take care of what we walk on.”

*Interested in learning about the wild foods in the area? Take a hike with Frank Monday evening. Everyone will meet up at the East End Husky at 6 p.m. and tour until 9 p.m. Dress appropriately –rain or shine.