Trending
You are at:Home»Economy»Put Your Debt Monster on A Diet: Budgets and Priorities
By Steffanie Petroni on January 11, 2015 Economy

Low-income cut offs (LICO) are determined by community population and family size. Sault Ste. Marie -population 79, 800 as per 2011 Census profile, low-income cut off measures after taxes for 2013 are listed below.

According to the 2011 National Household Surveythe number of 22,730 individuals are drawing annual earnings at the low-income cut off level. Note: This figure does not account for individuals who may be earning below $20, 423 annually who were required to claim their income between $20, 000 – $29, 999. The table below demonstrates the income breakdown after taxes for individuals 15 years and older in Sault Ste. Marie.

Market Basket Measure Low-Income Cut-Off (MBM): was developed by Human Resources and Skills Development Canada in collaboration with the provincial and territorial ministries of social services to identify a low-income measure.

The approach is to cost out a basket of necessary goods and services including food, shelter, clothing and transportation, and a multiplier to cover other essentials. The results define thresholds that represent levels of income needed to cover the cost of the basket. The MBM cut-offs suggests that the more commonly used LICO criteria has established the cut-offs too high.

It’s that time of the year when the magic of the holidays are a quickly fading memory but for the errant Christmas tree that still lingers (yes- that would be my tree that I’m referring to). The looming reality of our indulgences arrive via post and electronic mail. Here come the hefty credit owings and overdrafts incurred that we’ll be paying until next December.

Nobody likes to talk about debt (and some writers don’t like to write about it) but if left unfettered it can become an all-consuming monster.

The average Canadian family deals with $100, 000 in debt. This figure includes mortgages, student loans, credit card debts and lines of credit (http://www.vanierinstitute.ca/include/get.php?nodeid=3301). An even more sobering statistic shows that debt-to-income ratio is a record 150%. In layman’s terms that means for every $1,000 in after tax income earned by the Canadian family, it owes $1,500 (http://www.vanierinstitute.ca/include/get.php?nodeid=3301). As of the third quarter in 2014, Canadian consumers owed a tidy $1,513.1 billion, compared to $1,447.5 billion in the second quarter and $1,409.0 billion a year earlier; an increase of 4.5% and 7.4%, respectively.

But don’t despair there are resources that can help you regain control of your big fat hungry debt monster.

“I know ‘budget’ is a nasty word- kind of like ‘diet’, says Joyce McComiskey-Claridge. Joyce is a financial wellness expert and the regional vice-president of Primerica Financial Services. 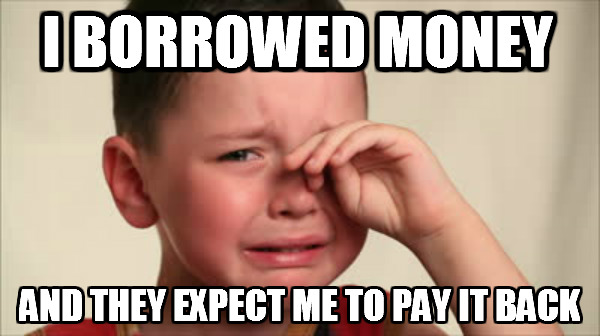 “Budget is a significant variable to reduce or eliminate debt. Most people just pay the bills, going through the month living paycheque to paycheque,” Joyce continued. “Most people come in to see me and I’m the ‘bearer of bad news’, they are very rarely on the right track for retirement. But there’s always three options when people come to see me-they can retire later, they can retire poorer or they can give up things and get out of debt faster.”

Matthew Keenan is a credit and educational counsellor at Credit Counselling Services of Sault Ste. Marie and District. Locally Matthew has observed an increased flow of seniors seeking assistance with their debt.

“When you’re on a fixed income any time you create debt the chances don’t really exist that you’ll be able to pay it off next month. That makes it all the more important that people get the skills of budgeting down,” says Matthew. “A lot of recently retired people want to maintain a lifestyle that they had before retirement but their income has dropped significantly and they can’t maintain these payments.”

An alarming statistic indicates that over 40% of Canadians aged 55 and older, believe they have not saved enough for retirement. Many Canadians have grown concerned about their financial preparedness for retirement, with 4 in 10 reporting that they will likely be paying off their debt/mortgage after they turn 65 and the same proportion believing that they will still have to work to make ends meet. (http://www.vanierinstitute.ca/include/get.php?nodeid=3301)

Credit Counselling Services can assist those with the most exhausted finances. “When you’re living on social assistance, employment insurance or CPP it’s never easy. It’s just very difficult to come up with the funds to pay back debt,” says Matthew. “What we can do is work with the individual and the various agencies that they owe money to. We are able to negotiate repayment by consolidating their debt and reducing the interest rate. These two things combined greatly reduces their monthly payment and they can complete their payments over a much shorter period of time. Throughout the process we are trying to share as much knowledge- education, with the client.”

Joyce is witnessing more and more people retiring broke. “I find that most people underestimate the lump sum they will need to supplement if they have a pension or qualify for a Canadian pension plan or an old age security pension.”

Joyce has worked throughout the community providing an assortment of financial wellness seminars to various groups and all income levels. She emphasizes that her services aren’t just for members of the Sunshine Club.

“Unfortunately people hear the term ‘financial advisor’ and there is a stigma associated with the title. And frankly, the industry deserves it because a lot of financial advisors have thresholds- if you don’t already have one hundred grand they won’t make an appointment with you,” says Joyce. “But some of us fall outside of that stereotype and we- I, really want to educate and help people in my community. There are a lot of pockets of money for people on fixed incomes and they don’t know about it. I can help with a budget and I can help put them on track. A lot of us have been there. We don’t have money and people make us feel like crap because we don’t have money. And that’s how people fall through the cracks and stay in debt and struggle.”

In 2009, consumer debt excluding mortgage debt, averaged $24,346 on things like car loans, student loans, credit card debt and lines of credit. It is anticipated that by the end of the fourth quarter of 2014 consumer debt will average $28, 853. On a debt classification basis, the auto loan and installment loan sectors are showing significant increases of 6.8% and 5.8 % year-over-year, respectively.

“The challenge from a car loan perspective is how people fund it. Are they going in with a hefty down payment or are they getting a personal loan from the bank? Are they getting a line of credit because the interest rate is low and then only paying the minimum payment? Cars are expensive, it’s a depreciating asset so you want to be really wise,” says Joyce. “I always coach people to make sure they make that shift where they have more money to bring to the table so that they don’t have to finance as much for a car- so you’re not going into those deep long payment plans just to be able to afford a car.” 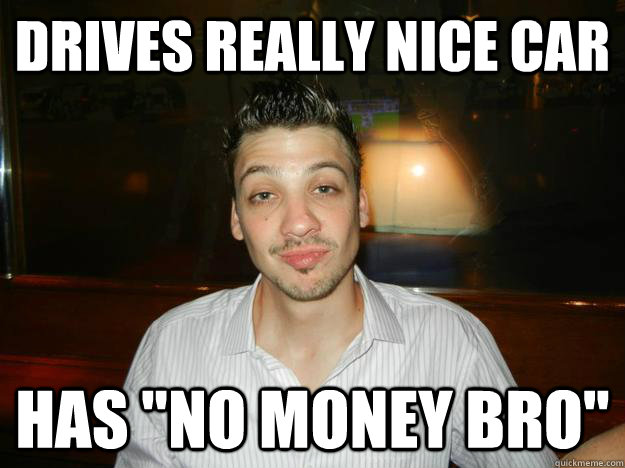 According to Matthew, car loans are a prime example of bad debt. “Bad debt is anything that you can’t pay off, debt incurred on something that depreciates- like a car, and a debt incurred that outlasts the item you went into debt for- like an expensive dinner at a restaurant.” Protip: Don’t put your debt where your mouth is!

Locally, Matthew has noticed an increase of young people seeking assistance with student loans and credit card debt run up during their post-secondary years. “They’re not finding sustainable employment after graduation. OSAP and all of these companies start knocking and they’re trying to find ways to mitigate their educational debt.”

Matthew has observed an increase in debt incurred over general consumer items- non-essentials, such as using credit to purchase snow machines and ATV’s. He’s also noted that it is common for people to build credit card debt during times of unemployment. “They’re trying to bridge the shortfall in income by relying on credit cards.”

Joyce has observed similar trends among her clientele stating that in addition to mortgage the greatest debt source that people struggle with are lines of credit. “Regardless of what it’s funding- whether a car loan or a renovation, a line of credit has a really low minimum payment. So what you get is somebody that can feasibly go ahead and borrow 50 grand and feel good about it because they can afford the extremely low monthly payment. Or someone will put down $1000 to pay off the line of credit and then use $800 of it every month.”

Joyce adds, “Revolving debt appeals to most people because it means you have constant access to a significant amount of credit without having to go ask for it- and thereby not letting people know that you’re not making good choices with your money.”

“It’s staggering sometimes to see the amount of debt that people are living with. As a society we’ve become anesthetized to debt,” continues Joyce. “I think most people think ‘well, I’ll always have bills’. They just don’t have a plan. That’s something I can help with. You might not like what I have to say but setting long-term priorities are important and the sooner you begin the better.”

It is not just the ease in which people can access credit and the readiness of lenders to give it, but also that living in a society that has cultivated a culture of immediate gratification- even cell phones reward our physiological pleasure zone by providing instant haptic feedback with every touch,  has guided us towards an accepted debt lifestyle.

“We are a society that is ‘buy, buy, buy’ and we need it ‘now’,” says Matthew. “There is a concept called ‘fomo’- the fear of missing out. And a lot of people run into this. We buy an iPhone and the next one comes out a year later and we want it. It’s a classic problem of keeping up with the Jones’. We buy things and overextend our means- interest rates are low. It’s cheap to borrow money. But when those interest rates increase- which they will, then it’s a very costly gain. 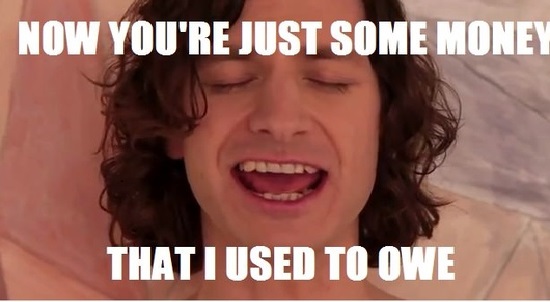 Debt is non-discriminatory and as such both Matthew and Joyce assist people living at all income levels.

“We recognize that it’s difficult for people to come and see us,” says Matthew. “We work closely with our clients to make them feel comfortable for that reason. I would say quite often when people come to us they feel pretty hopeless. By the time the leave they are doing so with three or four options. And they’re feeling relieved.”

“Most of us blow money,” she says. “The question is- have you addressed all of your needs? Retirement- and an emergency fund, are definite needs.”