Trending
You are at:Home»Economy»Pretty Science: Sault Ste. Marie Entrepreneur Does it With a Conscience
By Steffanie Petroni on February 3, 2016 Economy 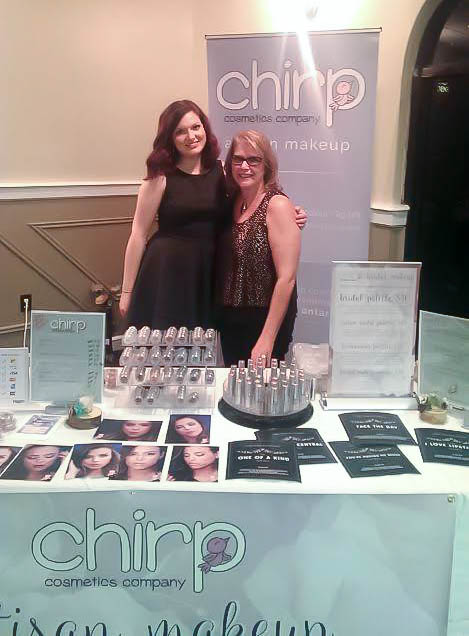 It was with a social conscience that Liisa Perin conceptualized and executed her international start-up business, Chirp Cosmetics Company. In November 2014, after her employer undertook a massive layoff, Liisa was left looking down the dismal length of the unemployment line. Liisa wasted no time turning the situation into opportunity and in March 2015, with the enthusiastic support of her husband and family, she officially launched her artisan cosmetic line that holds to cruelty-free and toxin-free standards.

“A lot of the makeup that is made is not made responsibly or for the consumer’s benefit. There are some ingredients contained in conventional make-up that are carcinogenic. I wanted to create products that were much healthier than something you would get in a drugstore,” remarked Liisa from her home in Sault Ste. Marie, Ontario. “Another thing I wanted to make sure I was doing was cruelty-free cosmetics, so all of my ingredients have been sourced responsibly. There’s no animal testing of the ingredients or of my products. Animal testing is very archaic now. You don’t need it all.”

*The world’s largest beauty products market, the European Union, together with Norway, Israel, India, New Zealand, Turkey and several states in Brazil, have enacted full or partial bans on animal testing for cosmetic products and ingredients. Similar legislation is currently pending in the United States, South Korea, Brazil, Taiwan, Australia, Argentina and elsewhere under the leadership of #BeCrueltyFree campaign teams in these countries.

*An ever-growing number of alternatives to animal testing have been developed with financial support from governments and industry, and accepted by regulatory authorities. Examples include human cell-based models for skin and eye irritation, skin allergy, skin absorption, genetic toxicity and sunlight-induced “phototoxicity”.

Since the beginning of time, mankind’s inherent relationship with animals perpetuated the existence of the human race. Cave paintings illustrate this connection has persisted for tens of thousands of years. Nature’s creatures provided food and clothing, were tasked for labour and transportation, and as humans evolved, dogs and cats rose up through the animal ranks, attaining companion status. Though we have come to depend on animals from sustenance to friendship, we have equally exploited their role in savage ways. This brutal superiority demonstrates itself in their use as test subjects for drugs and commercial goods like cosmetics and personal care products.

Canadian law requires that animals be used for medical testing but testing on animals is not required for cosmetics. Though numerous acceptable alternatives have been developed to test for the safety of chemicals, animals are still used in Canada for testing. While animal testing is not usually performed for cosmetic products, ingredients that compose the product are. This results in confusion when consumers are picking up cosmetics labelled ‘cruelty-free’ or ‘not tested on animals’.

Because of this misleading information, almost 20 years ago, animal protection groups organized to form the Coalition for Consumer Information on Cosmetics (CCIC). CCIC administers the Leaping Bunny Program in the United States and Canada. CCIC developed their internationally recognized logo – a leaping bunny, and work with companies “to provide consumers with accurate information on cruelty-free cosmetics, personal care and household products.”

Chirp Cosmetics Company was awarded Leaping Bunny certification in 2015. Commented Liisa of her conviction to a cruelty-free product, “It can be limiting sometimes but at the end of the day it’s very rewarding to be able to stick to my principles.”

In December 2015, Bill S-214, passed the second reading in Canadian Senate. If passed the bill would establish a two-tier approach that would ban: the practice of animal testing in Canada; and the import of products that were tested- or contain ingredients tested, on animals.

Liisa takes pride in her product and sources the finest natural ingredients. “I look for high quality products that have really good pigmentation so my makeup lasts as long as possible. There are no chemicals in my makeup that extends it’s time in the tube or on the face.” Liisa, though she studied history and anthropolgy in university, always had a creative bent with a leaning towards the sciences. “I spent several months researching what was being put into makeup and it’s pretty scary what we are putting on our faces.”

U.S. researchers report that one in eight of the 82,000 ingredients used in personal care products, are industrial chemicals, including carcinogens, pesticides, reproductive toxins, and hormone disruptors. Many products include plasticizers (chemicals that keep concrete soft), degreasers (used to get grime off auto parts), and surfactants (they reduce surface tension in water, like in paint and inks).

A 2010 report entitled, What’s Inside? That Counts, released by the David Suzuki Foundation, summarized “weaknesses in Canada’s legal framework governing toxic chemicals in cosmetics”. The report highlights findings from their survey that aimed to identify what toxic chemicals harmful to humans, wildlife, fish and environment –described as the Dirty Dozen, were found in the cosmetics and personal care products of nearly 6,200 participants. Key findings were alarming:

*Participants were unable to locate ingredient lists on more than 1,000 products 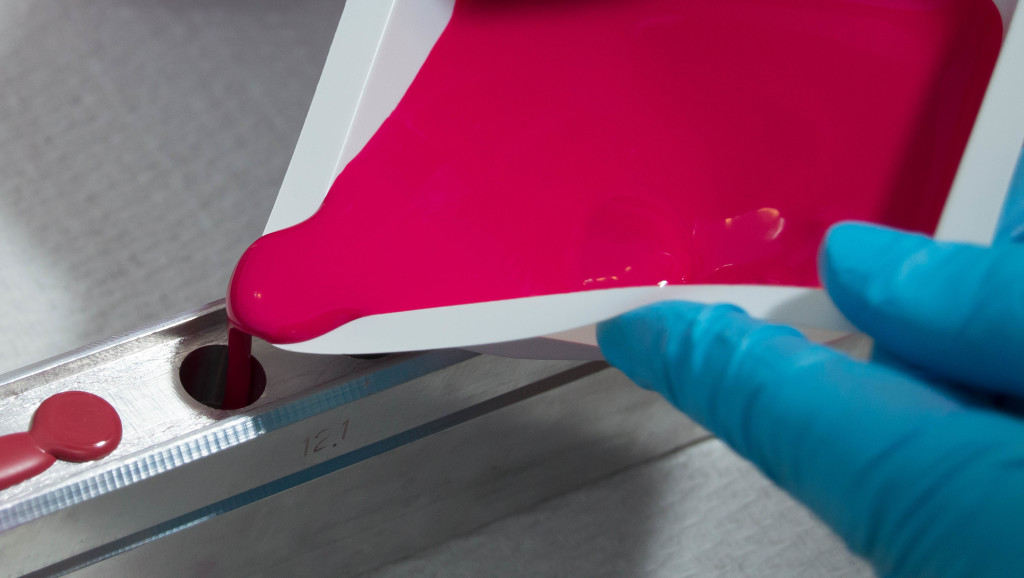 “My customer base tend to be people that support local business, are excited about new things and are interested in knowing what is in their products. I have a lot of people that come to me with sensitivities or allergies. Most people are fine with my products because I don’t add fragrances to the makeup,” commented Liisa.

Liisa is able to customize makeup for customers with unique needs or specific requests. “Sometimes people will bring me a tube of their favourite drugstore lipstick and ask me to recreate the colour with my ingredients. I’ve had people ask me to make a product with vegan or all natural ingredients. The custom stuff is fun. It’s personable and I get to know the customers a lot better.”

Liisa also markets tailored bridal palettes. “It’s very popular. Brides are giving palettes to their bridesmaids or customizing their own palettes for their wedding day.” In development are mascara, liquid foundation and a toner finishing spray as well as pressed blushes and eyeshadows. 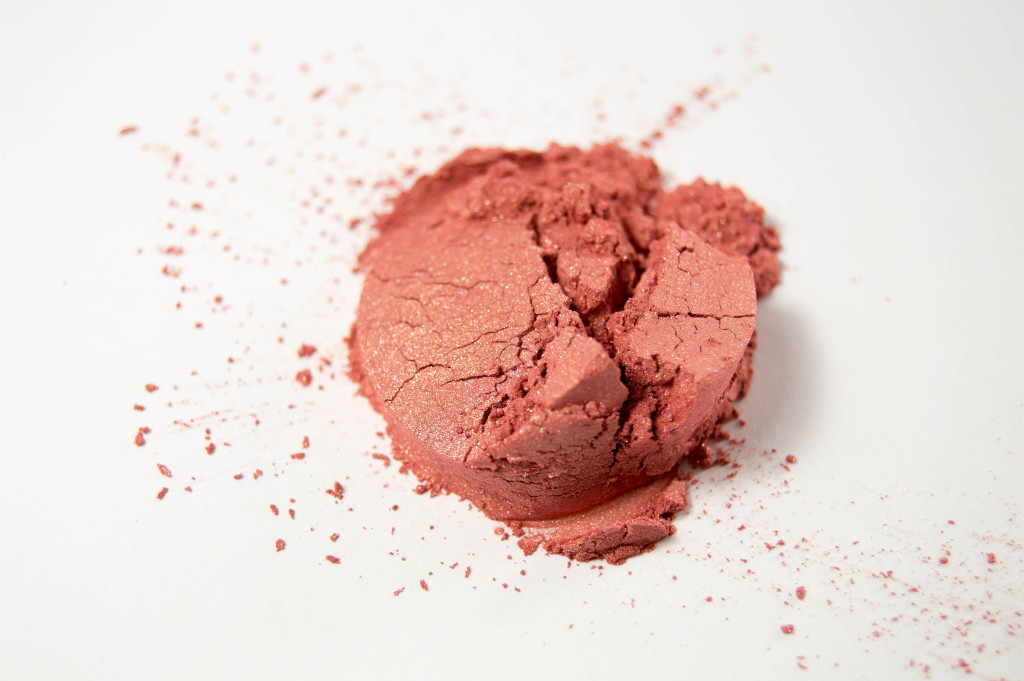 “When I first started making makeup I got guidance from a place that sells all the ingredients. They said the best way to start is to get an industrial blender. So I did. The only thing I use it for is cosmetics- never smoothies!” ~Liisa Perin

Developing cosmetics requires scientific proficiency- Liisa isn’t slinging mud pies in her home lab. Liisa was able to draw on her natural predisposition for the sciences, prioritizing her sanitation techniques, creating unique colours and textures, and establishing the longevity of her products while employing methodical procedures in a controlled environment. Prior to packaging, Liisa also applies a microbial test to rule out the presence of mold, yeast and fungus. Her upcoming water based products, such as liquid foundation, necessitate the need to test pH levels. An imbalance of pH levels could burn skin.

Liisa recognizes the scarcity of women in STEM (science, technology, engineering and math) based fields and comments that this is also noted in self-employment ventures. “I’d like to see more women get involved in science type careers and entrepreneurial efforts. Especially in the Sault.”

An April 2015 article to MaClean’s Magazine reports that national enrollment of women in engineering classes is only 19% on average and that just 12% of Canada’s 280,000 professional engineers are women. “Even if they do get a job, the number of women in leadership roles is just as low,” reads the report. “At universities, only 12% of full professors in STEM are female, according to 2009 data from Statistics Canada; they are more likely to be working as contract faculty or as assistant professors.”

When she’s not working as a scientist, Liisa is designing her website, networking at bridal and craft shows, designing packaging, researching national and international regulations, completing required paperwork for Health Canada, balancing the books, updating her customers, selling her products, shipping her products and myriad other tasks. But to offset the crazy demands of owning her own business, Liisa, as she does with her many ingredients, sources local talent to contribute certain aspects of creative development –like signage, and marketing. Liisa contracted a local model to show-off Chirp products while a local photographer captured images for the website. Over the next few months Liisa will be working with local artists who will create the artwork for the top of her pressed blush and eyeshadow palettes. 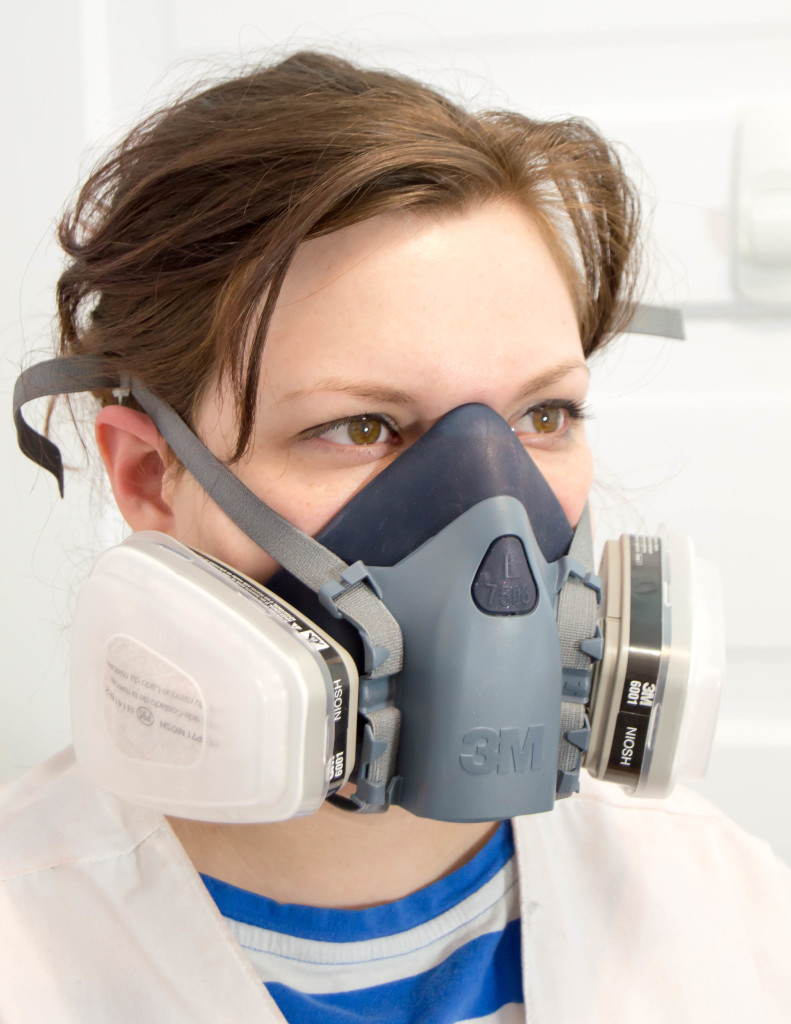 “I have to wear a respirator when I’m making blushes and eyeshadows. It’s safe for the customer but I’m working with them in large amounts. The particles are so fine- there are huge dust clouds of them.” ~ Liisa Perin

While Liisa is marketing her products internationally, she is also raising the profile of the Sault. “All of my products have ‘Sault Ste. Marie’ on it. So everybody who sees Chirp, sees Sault Ste. Marie too,” she said with a note of pride in her voice.

Liisa has sold in the U.K., Israel, U.S., and is in talks with an Australian distributor. Today her products can be purchased online through the Chirp website and her Etsy store. People that want to directly purchase her products can do so at any of the three locations that distribute Chirp Cosmetics – Mane Street Salon in Sault Ste. Marie, Flowers Direct in Sault Ste. Marie and the Healing Muse Apothecary in Toronto. You can also purchase Chirp Cosmetics and connect with Liisa on Wednesdays and Saturdays at the Mill Market in Sault Ste. Marie. This June, Chirp Cosmetics will be participating in a beauty box distribution through the American company, Vegan Cuts. Liisa is preparing to send 4,000 Chirp Cosmetic samples to the States. “I just signed the contract with them. It’s a huge marketing opportunity for Chirp.”

Liisa will be moving her business out of the home and into the community. The newly acquired space will be designated for manufacturing her hand made products. Looking down the road Liisa sees the possibility for growth and expansion. “There’s so many things that I want to do and refine. I’m not ‘there’ yet. I’m just going to keep going. It’s hard work but the pay-off is huge in terms of personal satisfaction and that’s what I’ve always wanted to get out of my jobs. I feel good.”