It is going on nine years that Jeff Avery of Chant Construction has been battling numerous bodies that include the City of Sault Ste. Marie, the Conservation Authority, the Pointe Louise Protection Association  and now the Ontario Municipal Board. Over this time he has sought approval at the appropriate levels of municipal and now provincial government to develop a sub-division on a 150 acre parcel of wetlands.

Pointe Louise Wetland is located near the Sault Ste. Marie airport. It is a coastal wetland and connects to the St. Mary’s River. If successful, Avery has plans to build 91 homes on the wetland complete with a man made canal that would allow home owners to access Lake Superior from backyard boat launches. 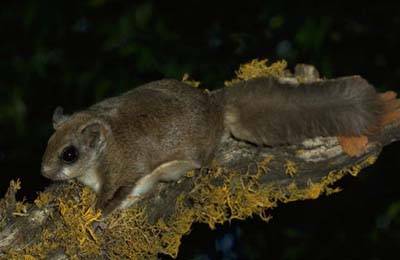 During this time a grassroots collective made up of residents and concerned members of the public came together as the Pointe’s Protection Association (PPA) to provide a coordinated voice for the residents of Pointe Louise and Pointe aux Pins in response to the Pointes Estates Development proposal put forward by Avery in 2006.

Avery still had the consent he required to appear before the City of Sault Ste. Marie to apply for rezoning and approval of his plan. He appeared before the City on July 14th, 2013. After reviewing nearly 21 technical and environmental reports submitted by developers and the Pointes Protection Association, and numerous letters for and against the development, City Council voted down the proposed development by 7-4.

Avery has since appealed the decision to the Ontario Municipal Board. However, the recent announcement of the amended Provincial Policy Statement 2014 may put an end to this long heated debate once and for all. 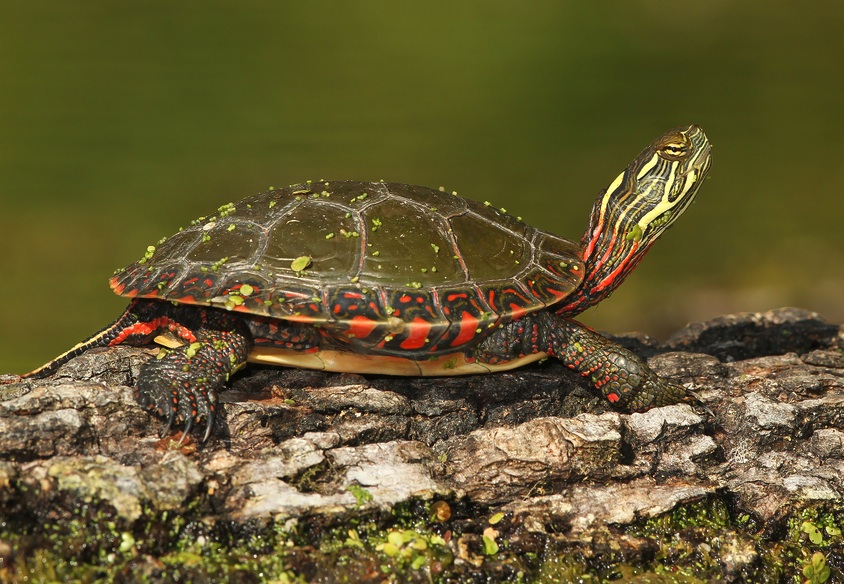 A wetland, as defined by the Ministry of the Environment, is an area that is seasonally or permanently covered by shallow water and areas where the water table is close to or at the surface, and there are water saturated soils and water tolerant or water loving plants.

Wetlands are transition zones that are biologically diverse. They are areas where land and water come together to provide habitat for a large number of plants and animals. Some wetlands provide unique habitat for a variety of species that live nowhere else.

In some areas, particularly near cities and towns, wetlands may be the only remaining ‘wild’ spaces. Wetlands are essential to the health of our lakes, rivers and streams.

“The Provincial Policy Statement 2014 is issued under section 3 of the Planning Act.  It is effective April 30, 2014 and applies to planning decisions made on or after that date.”

Of specific interest, that should concern anyone following the lengthy controversy, is Section 2.1.5.(f) of the Provincial Policy Statement which states that, “Development and site alteration shall not be permitted in coastal wetlands in Ecoregions 5E, 6E and 7E1 that are not subject to policy 2.1.4(b) unless it has been demonstrated that there will be no negative impacts on the natural features or their ecological functions. (Section 2.1.4(b) does not permit development on provincially significant wetlands).

The Algoma District falls within the catchment of Ecoregion 5E. The ecoregion, known as the Georgian Bay Ecoregion, “is situated on the southern portion of the Precambrian Shield, in south-central Ontario, extending from southeastern Lake Superior in the west to the central portion of the Ottawa River valley and the Quebec border in the east. It encompasses 7,447,869 ha (7.5% of the province).”

a) any wetland that is located on one of the Great Lakes or their connecting channels (Lake St. Clair, St. Marys, St. Clair, Detroit, Niagara and St. Lawrence Rivers); or

b) any other wetland that is on a tributary to any of the above-specified water bodies and lies, either wholly or in part, downstream of a line located 2 kilometres upstream of the 1:100 year floodline (plus wave run-up) of the large water body to which the tributary is connected.

With such clear and firm direction on wetland preservation it would seem that the fate of the Pointe Louise Wetland has been decided. However until the Ontario Municipal Board delivers a final ruling on the matter there are no sure bets. 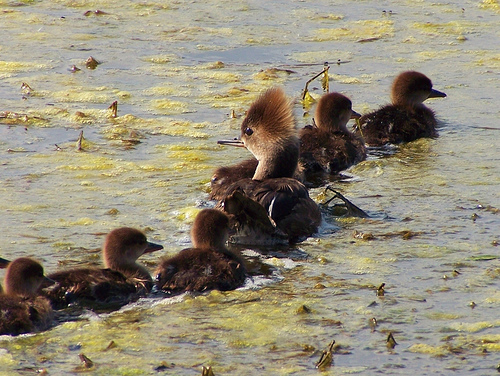 Ontario is home to approximately 24% of Canada’s wetlands and 6% of the world’s wetlands. Estimates of wetland extent in Ontario range from 24 million to 29 million hectares, or 22-27% of the area of the province. Most of these wetlands are found in northern Ontario. It is estimated that prior to European settlement, there were about two million hectares of wetlands in southern Ontario.

Unfortunately, wetlands are also one of the Earth’s most threatened ecosystems. Despite their value, up to 70 per cent of wetlands have been lost or degraded in Canada as a result of urbanization, agriculture and industrial expansion.

Wetlands are key to the lifecycles of waterfowl and other wildlife; moderate the effects of floods, droughts, climate change and erosion; filter our water and help provide clean, secure water sources; have the potential to remove and store greenhouse gases from the Earth’s atmosphere; offer tremendous recreation and learning opportunities for people of all ages; and are essential habitats for as many as 600 species of wildlife in Canada. Wetlands also offer ecotourism opportunities and provide important social and cultural benefits to the people of Ontario and to all Canadians.

So, what of developers who find themselves in possession of a coastal wetland or any other wetland that is not permitted for development?

In speaking with Jolanta Kowalski, senior media relations officer for the Ministry of Natural Resources, she explained that “the province does not compensate any land owner for the identification of a provincially significant wetland on their property”. And that sentiment would also apply to coastal wetlands or any other wetland where development is prohibited as outlined in the 2014 Provincial Policy Statement.

Kowalski added, “The Ministry of Natural Resources and Forestry recognizes that many of Ontario’s most significant natural areas are privately owned and that it is important to encourage private stewardship of wetland features. The Conservation Land Tax Incentive Program is a program offered by the Ministry which has been designed to recognize, encourage and support the long- term private stewardship of Ontario’s provincially significant conservation lands by providing property tax relief to those landowners who agree to protect the natural heritage values of their property.” 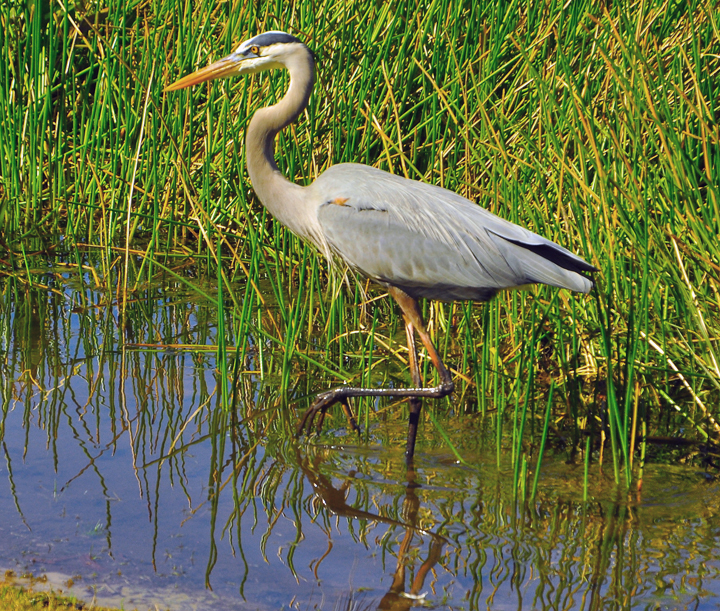 There are also incentives for land owners that provide for not only tax incentives but also the opportunity to enrich the local community and beyond for infinite generations.

The Lake Superior Watershed Conservancy  (LSWC) is “an international non-profit organization, dedicated to ensuring the long-term sustainable health of the Lake Superior watershed through basin-wide communication, education, scientific study, preservation and conservation of Lake Superior and its ecosystems.”

As part of their efforts to protect the environment and preserve the Lake Superior coastline, LSWC works with landowners to develop ways to protect the land in its natural state. LSWC has also received gifts of land from American and Canadian donors. LSWC has arranged land transfers through the American Friends of Canadian Land Trust. The Trust was “created to facilitate the permanent protection of Canadian lands owned by conservation-minded Americans.” Americans who donate through the Trust receive a charitable receipt which allows them to receive a U.S. tax deduction and also, the Canadian capital gains tax is eliminated. Canadians who own wetlands or any other heritage land and make the donation of property to LSWC receive a non-profit tax deduction.

Ruth O’Gawa, the president of LSWC, explains the process of such a transfer. “A landowner would donate the land to the LSWC. He would receive a tax donation of the appraised value of the land. We always have an appraisal done by an approved authorized appraiser. And the property could be donated as a legacy in the landowner’s name. ”

To date LSWC has received three significant parcels of land and twenty islands that will be preserved in their natural state. In addition to sustaining the balance of a delicate ecosystem, these preserves offer educational, holistic and economic benefit to the Northern Ontario region.

O’Gawa explained that preserves maintained by LSWC are for everyone to enjoy. “The question of ‘will people have access’ always comes up.” And of course the answer is ‘yes’.

“Educational areas can be set up for people to do research, for children to learn about the value of wetlands and for people that just want to go out and do some birding.” Boardwalks and scenic lookouts would be created to preserve the environment by allowing the public to experience the setting without trampling delicate plant life or trudging through the ground nests of water fowl.

O’Gawa added, “These lands will remain in their natural state for in perpetuity. That’s what we are all about. Our pristine lands, wetlands and heritage areas- they are all so important to the future of the Lake.”

The hearing before the Ontario Municipal Board on the future of the Pointe Louise wetland resumes at the Civic Centre on November 18th, 2014 at 10 a.m.