Trending
You are at:Home»Economy»On Your Railmark, Get Set, Go! City of SSM Gets to the Business of Passenger Train Service
By Steffanie Petroni on April 14, 2015 Economy 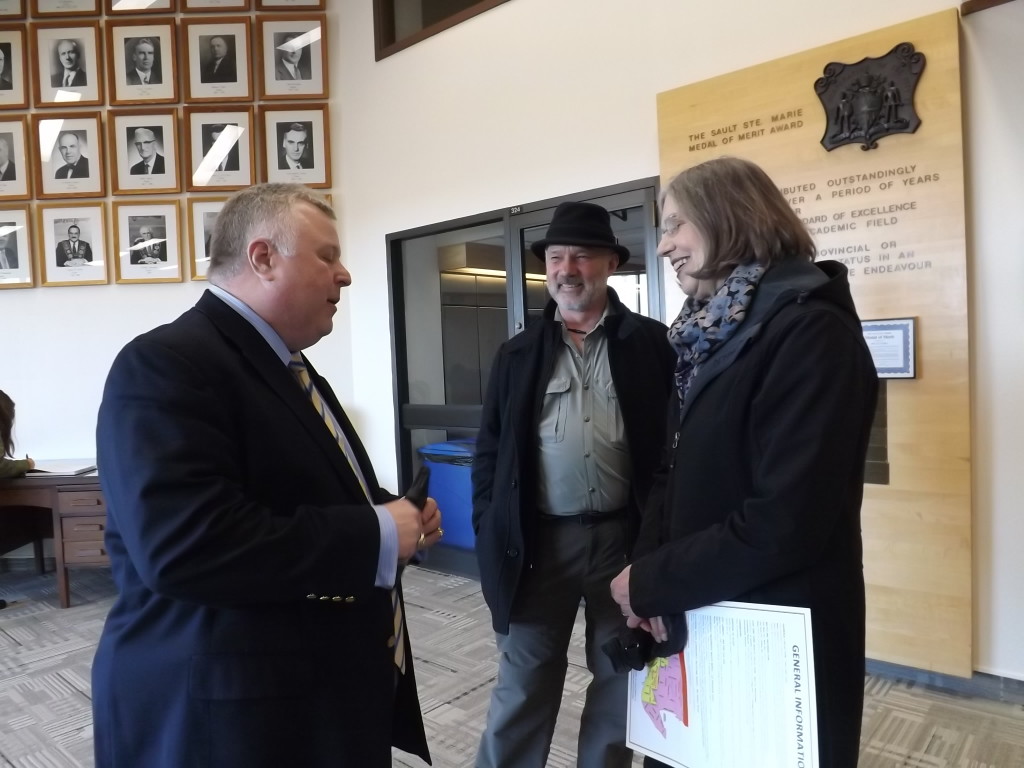 “Trains are the greatest invention in the whole world. I’m extremely excited about Railmark in Canada and the opportunities here and what we can do to help bring some positive change.”

On April 1st, and what many call an eleventh hour miracle, Transport Canada announced an extension in funding to the tune of 5.3 million over three years for the continuation of passenger rail service along the Algoma Central Rail. A review will occur at the third year mark to determine if additional funding is required.

The working group, Coalition for Algoma Passenger Trains, pounded away on the need for continued support from the Feds but it was the City of Sault Ste. Marie that was awarded the investment.

Last night, before City Council unanimously passed a resolution to serve as an intermediary body to oversee the administration and responsibility of the investment from Transport Canada, they sought clarification about the process from Economic Development Corp. Executive Director, Tom Dodds.

“I was initially concerned about the exposure or risks to Sault Ste. Marie based upon the letter that the Federal Transport Minister had sent,” began Ward 2 Councilor, Susan Myers to Dodds. “But if you could please summarize the myriad of additional information you gave us today. I think it is important that the community understands that we have a very exciting opportunity ahead of us and that the risk has certainly been minimized if not eliminated.”

According to Dodds three criteria have been established to ensure accountability and transparency in the administering of the federal investment:

Mayor Provenzano noted it was unusual that the award of federal funding was not granted to the working group but rather to the City of Sault Ste. Marie.

“We do want to be cooperative and we want to help. But it’s quite curious that an applicant for resources doesn’t get awarded the resource but it gets awarded to a different party that applied,” commented Provenzano. “My concern is that Sault Ste. Marie has no interest in the long-term getting involved in the railway industry. I’m not interested in seeing Sault Ste. Marie getting involved in the rail business on a long-term basis. I don’t want to set a precedent where we have to be that part always applying for the subsidy.”

CAO, Joe Fratesi, replied to the Mayor’s concern stating, “The proposition put forward by the working group was for a five year extension of support. It’s important to remember that in five years this operation needs to become self-sufficient with no reliance on future federal government money.”

Of the importance of passenger rail service in Canada, Brown remarked, “By the year 2050 it’s predicted that the population growth in Canada will grow from 33 million people to about 50 million. So political leaders need to ask themselves some questions. And one question is- ‘how are we going to deal with this in the future? We can only have so many roads?’ Well the answer is a focus on passenger rail services and rail logistics.”

According to Brown, increasing the movement of goods along the rails and getting transports off the highway is the next logical move.

“We need to have more transport carried by rail for the long distance and then the short distance could be handled by the trucks. If we did that there would be better road maintenance and there would be less congestion as the population grows. The politicians need to look at what needs to be done today to make sure that citizens will have safer roads. Trains are the solution for the future.” 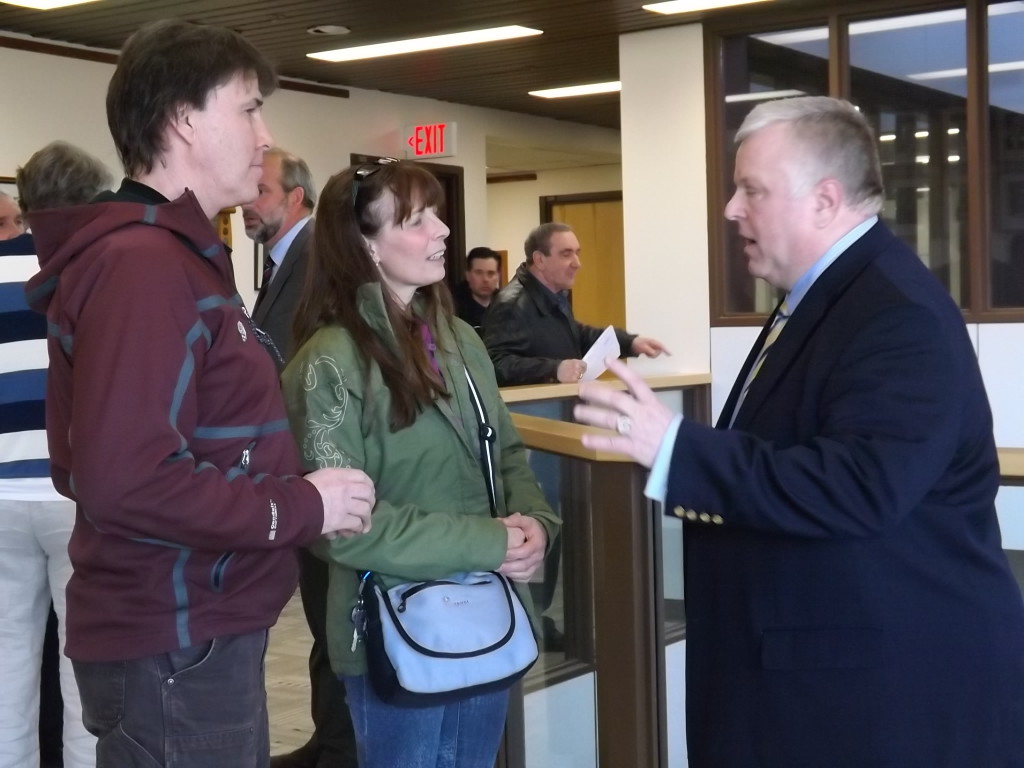 “It’s exciting to speak with Mr. Brown. He’s an open canvass to the possibilities and what this historic railway brings to this region. From our perspective – from the work that we’ve been doing around the Group of Seven, we know that this internationally renowned group came up this railway a century ago, and painted hundreds and hundreds of canvases that described a landscape that you can experience today. It is wonderful to see that Mr. Brown is open to the possibilities of not just riding the rail but to getting off and experiencing the land and the water.” ~ Joanie and Gary McGuffin, renowned adventure couple