Trending
You are at:Home»Northern Voices»Hard Road Ahead for Local Trucker Fighting for His Life
By Steffanie Petroni on May 27, 2017 Northern Voices

“The life of a trucker isn’t an easy one,” says Jay Rowlinson, owner of JRT Services LTD. “There isn’t a lot of money in it and trucking is pretty conducive to an unhealthy lifestyle. We don’t get enough sleep, we’re on the road all the time, sitting for extremely long hours, and because our rigs are so big we’re limited to restaurant parking lots that can accommodate our loads –so fast food joints, and greasy truck stops. There’s a lot of smoking and a lot of coffee when we’re rolling.”

Jay ruminates on the trucker culture, wondering if it contributed to his employee, and friend, Victor Zimbaro’s, tragic diagnosis of stage 4 cancer.

In a letter prepared by Jay and a few other friends that has begun circulating throughout the community Victor’s sudden situation is explained:

Victor was having stomach issues with immense pain for some time, but being the main financial provider for his household that lives paycheque to paycheque he ignored it and carried on as most husbands/ fathers of any household would have done.

The pain he was experiencing was getting so intense that he had to go to the emergency, at which time he needed immediate surgery for what they initially thought to be a bowel blockage. During his surgery not only did they find a blockage but they also found him to be filled with Cancer.

It was originally thought to be Colon Cancer, however it was discovered that Victor has an aggressive Stage 4 Cancer not only in his colon, but also in his stomach and his liver.  He is now undergoing chemotherapy to help slow down the aggressive spreading of this cancer. 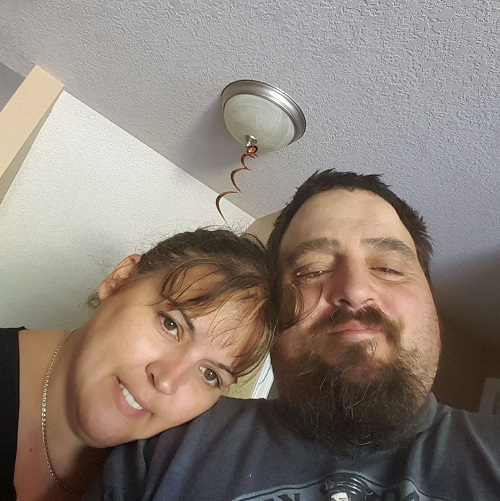 Victor and his wife, Lesley, have two daughters. Lesley is taking off as much time as possible from her employment to be with her husband during this challenging time. “She’s working when she can,” said Jay. “But right now, she’s sticking by her man.”

Lesley has been the sole supporter and care provider for Victor and the financial strain they are experiencing is not in any way helpful for Victor to get better. Their household income has literally dropped in half as Victor can no longer work while taking his treatment. Victor shouldn’t need to worry about finances when his main focus and concern should be trying to beat this disease and to live.

Victor is also without health insurance. Jay is one of several friends organizing a benefit with the hopes of easing the financial burden upon the Zimbaro family created by loss of household income and acquisition of medical expenses. Organizers are looking for raffle donations and are selling tickets for the July 8th event at the Croation Hall. The benefit dinner and raffle begins at 6 p.m. Tickets are $30 per person or $50 per couple.

To donate raffle prizes or purchase tickets, individuals can contact any of the five people listed below.

A GoFundMe page has also been established.

“Victor hasn’t had an easy go around,” said Jay of Victor who is diabetic and blind in one eye. Despite the debilitation, Jay remarked that Victor was a fine truck driver. “He’s one of the best truck drivers I’ve ever come across. He’s hauled everything from normal van trailers to flatbed super b’s to monster loads. He’s hauled some of the larger loads within the downtown Toronto corridor.”

Jay added, “He’s got a beautiful family. And he’s my best friend.”

To make a donation or request benefit tickets contact: