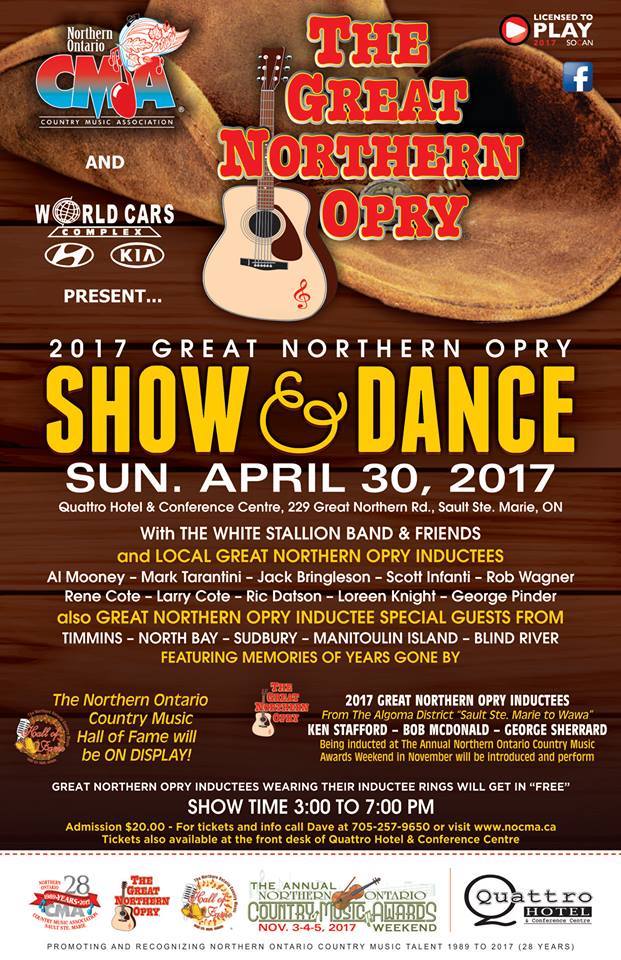 The Northern Ontario Country Music Association will hold a Great Northern Opry show and dance on Sunday April 30, 2017 from 3pm to 7pm.

The Quattro Hotel & Conference Centre will host as current Great Northern Opry members, along with special Opry guests from all over Northern Ontario are scheduled to perform.