A largely rural, densely-forested country, Myanmar is the world’s largest exporter of teak and a principal source of jade, pearls, rubies and sapphires. It has highly fertile soil and important offshore oil and gas deposits. Little of this wealth reaches the mass of the population.

The economy is one of the least developed in the world, and is suffering the effects of decades of stagnation, mismanagement, and isolation. Key industries have long been controlled by the military, and corruption is rife. The military has also been accused of large-scale trafficking in heroin, of which Myanmar is a major exporter.

He was just a boy, 14 yrs. old, when he and his aunt fled his village- Baw Kyout Lei located in the Karen State of Myanmar, and headed for the refugee camp in Thailand, thankfully only a two day walk. But it was not without its dangers. Hsar Wah Kae was hiding from the Burma Army. That Hsar survived to this age was short of a miracle and now he was ripe for the picking –the perfect age to be captured by the Burmese army for grooming as a soldier and in the meantime, to serve as a porter, carrying food and weapons for the army. Compounding fears of being discovered by the military was the ever present terror that he and his aunt would be blown to kingdom come by one misstep upon a hidden landmine.

The Karen State now has a landmine problem matched only by Afghanistan. Baw Kyout Lei is situated in a moderate danger zone and the population is represented by the Karen People. Hsar describes his village as being located in the moderate zone- or Yellow Zone.

“There are three different zones- white, yellow and black,” he explains. We are sitting in a study room at Sault College. He is sitting across from me and has taken my pen and notebook to write down the words when I don’t understand what he is saying. He has been in Canada for one year and seven months and his English is superior to my Karenic.

“There is no fighting in the white zone –it is their place, they are Burmese. The Yellow zone is not fully under their control but they can arrest us, use us to clean landmine, kill and rape. In the Black Zone they will kill any Karen People that the see. Even the children and the girls.”

When the civil war reached Hsar’s small village, perhaps 500 homes in total, he was still quite young. However, his memories of the Burmese army storming his settlement are vivid.

“Everybody, because of the fighting, have a hole under the house,” he explains.

“We cover the hole with wood and the ground so the gun doesn’t hit us. We have a big family. We lived in my Grandmother’s house and the house was very tall,” he says stretching his arm towards the ceiling. “When there was fighting we hurried all the long way down to get to the hole.”

Many of Hsar’s childhood nights were spent sleeping in that earthy hole.

He has countless memories of men absconding to the jungle when the soldiers stormed the village. Hsar remembered one morning when the army drove the entire village from their homes and into the sun scorched field. The temperature in Myanmar often reaches 35 degrees Celsius, made even more uncomfortable by high humidity.

“We were held there without food or water. Children were crying a lot because of hungry and so hot,” he remembers. “And we had to stay there the whole day. In the evening they let us go back home. They are just cruel. They just want to punish us.”

By his own account, his Karen neighbours in the Black zone experienced greater suffering than his little village in the Yellow zone.

“I was lucky. Sometimes people would flee when the army came and then they would come back to their village. But sometime coming back to your village is not safe,” he says of the villagers in the Black zone.

“If they come to your village and they don’t see anybody they burn your house and destroy all your food. Then they would kill your chicken and pig. They know you will return so they will leave you some landmines. You step on the landmine and you die. That has happened a lot in the Black zone. In this area, military will fight against the Karen. When they didn’t see any men in the village they started arresting the girls to carry their food and weapons. And then some of those girls will be raped by the army and some will be killed. In the Black zone, when the army comes and you have to flee, sometimes you have too many children and you cannot carry them all. You leave some children and they will kill your children.”

Hsar reaches into his pocket and pulled out his wallet. “I never had a wallet before,” he says. He rifle’s through the contents and pulls out a card. It is the identification card he was given when he arrived at Mae la, the refugee camp in Thailand.

“I will always have this. I never want to forget this. They take my picture when I arrive.” He lets me hold the card. The image of 14 year old Hsar is startling. It is horrifying to imagine that at such a young age he could have been captured to serve the Burmese army, or perhaps even meet a fate that was much worse. 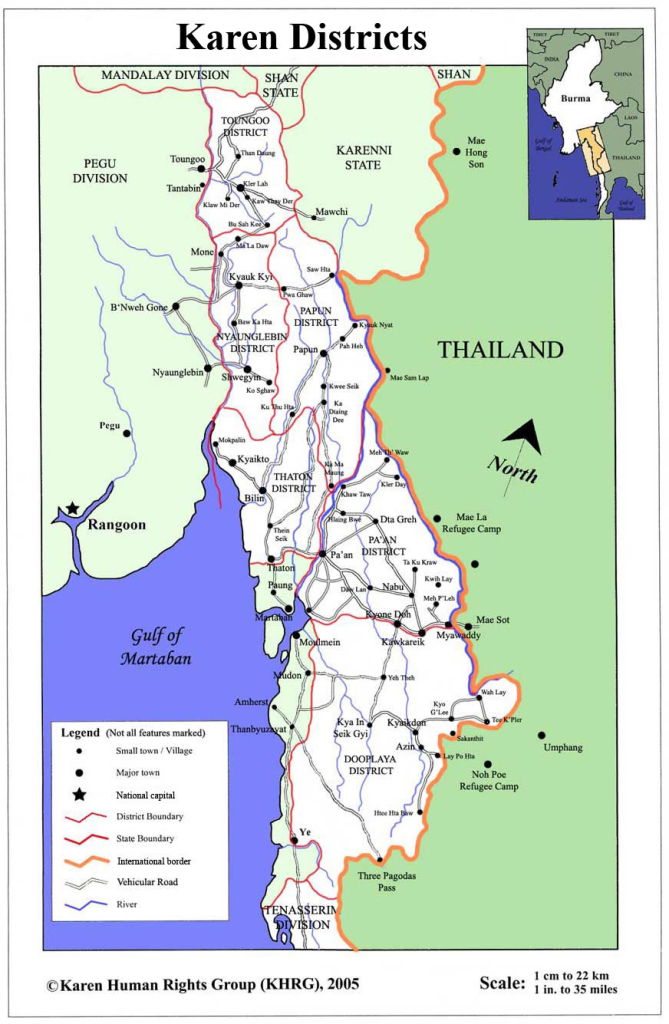 Hsar spent 8 years in the refugee camp. It was a better life but it was not an easy life. There were 45, 000 refugees crammed into two miles of limbo. Refugees scraped by with supplies handed out by the UN- oil, charcoal, salt, beans, rice, fish paste, second hand clothes, the occasional blanket and mosquito nets to protect from malaria and the flu. It was not enough and Hsar would slip beneath the fence before sunrise to illegally enter Thailand and worked on plantations picking corn or harvesting rice.

“I would have to go out very early when people would not see me. I knew where the checkpoints was. I would catch a bus. The people take advantage because you have no documentation and they pay only a small amount. The police are corrupt too along that border. Not all of them. But sometimes if you are not lucky they will arrest you and ask for money. If you have money then you are good. If you don’t have money they will send you to the Burma border.”

In the fall of 2013, sponsored on a scholarship through World University Service of Canada, Hsar left the refugee camp, boarded his very first plane, and flew for three days until he arrived in Sault Ste. Marie, Ontario.

At the airport Hsar was met by a host family who would help him adjust to his new home, acquire government documentation and open a bank account.

“I was happy,” he says smiling. “I was not treated like a refugee. Sault Ste. Marie is my first city that I have ever lived in. It is big enough for me. The place is very nice and I like it. I’m not scared of the police here. The police are helpful.”

Aside from the obvious challenges of learning a new language, Hsar is adjusting to a radically different culture. Even a task that is mundane to Canadians can be a challenging experience for Hsar. Laughing he shares that for the first three weeks in his new apartment he did not know how to turn on the one handle faucet in his kitchen.

“I turned this way. I turned that way but the water did not come. I didn’t know that I had to lift the handle.” Opening and closing doors –especially airplane bathroom doors, was another learning curve and Hsar jokes about the memory.

This May, Hsar graduated from the Peace and Conflict Program at Sault College. 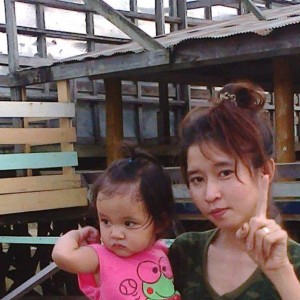 “I’m so happy. My mother and father was very happy too. And they were so happy that I got this opportunity to come study here. It is nothing for Canadian. It is normal. But it is a dream – a big dream, that was not easy to make. I was just a refugee.”

Hsar’s parents and many of his siblings remain in refugee camps in Thailand. And when Hsar came to Canada in not quite two years ago, he left behind his pregnant wife. Hsar is the proud father of a beautiful little girl that he has never met.

“I still have more dreams. My next dream- bring wife and daughter here. I need money to be able to sponsor them. That is my next dream and hopefully it comes very quick. I miss them.”

Later that evening, when I was back in front of my computer, Hsar sent me a message. This is what it said:

I would like Canadian government and civilian, all other powerful countries in the world to take action and protect ethnic minority in Myanmar. The civil war started since 1949 and it is never end until now. Without the outsider’s pressure and help, ethnic minority and civilian will still have to live under genocide, injustice and inequality. Consider me and ethnic minority in Burma as your family and give us compassion and empathy and help us be free from refugee life and displaced person. As a refugee, there is no hope and we don’t know about our future and the future is not in our hand. So, please help us for our peace. None of us want to be a refugee and like living as a refugee. Help us have a peaceful, stable and better life. I love you Canadian and with your help and empathy, I am now having a better life in Canada with a better health care, better education, better protection and better human right and justice.

Would you like to help? Hsar suggests a donation to the Mae Tao Clinic in Thailand. The clinic was established to contribute and promote accessible quality health care among displaced Burmese and ethnic people along the Thai-Burma border.