The courtroom erupted on the announcement of Ontario Court Justice Romuald Kwolek’s acquittal of 76 year old, Terry Mosher to the charges of obstructing police in the investigation regarding the death of Jessie Roach on Highway 17B in Garden River First Nation.

“You killed my friend! You’re a fuckin’ liar!”

“It’s not about the truth! It never is!”

“If this kid was white it would have been different!”

“Shame on you judge!”

“I hope you feel good. I hit a bird on the highway and I feel it! You’re a fucking liar!”

Chief Paul Syrette of Garden River First Nation has supported the family through the trial process. Speaking on behalf of the Band he remarked, “We believe that justice for Jessie was not served today. This was a tragic situation that ended with the death of one of our community members. The results of that decision today are going to impact the family and our community as a whole.”

Chief Syrette has promised that the Band will be looking at ways to ensure the safety of Garden River members who travel the highway as pedestrians. “The bypass was built so that people could use it and go around our community. We understand it’s a provincial, secondary highway but we need to look at how we are going to address the jurisdiction on that highway and how we’re going to control the traffic going through the corridor if it’s going to affect the safety of our membership. Our members has asked the leadership to step up and ensure their safety. And I can assure you that we are going to do that.

Over the past four decades, 37 deaths have occurred along the 20.8 km stretch of highway through Garden River First Nation. Highway 17B is located between Sault Ste. Marie, Ontario and Echo Bay, Ontario. Not one person has been charged and convicted with a criminal offence related to any of these deaths. 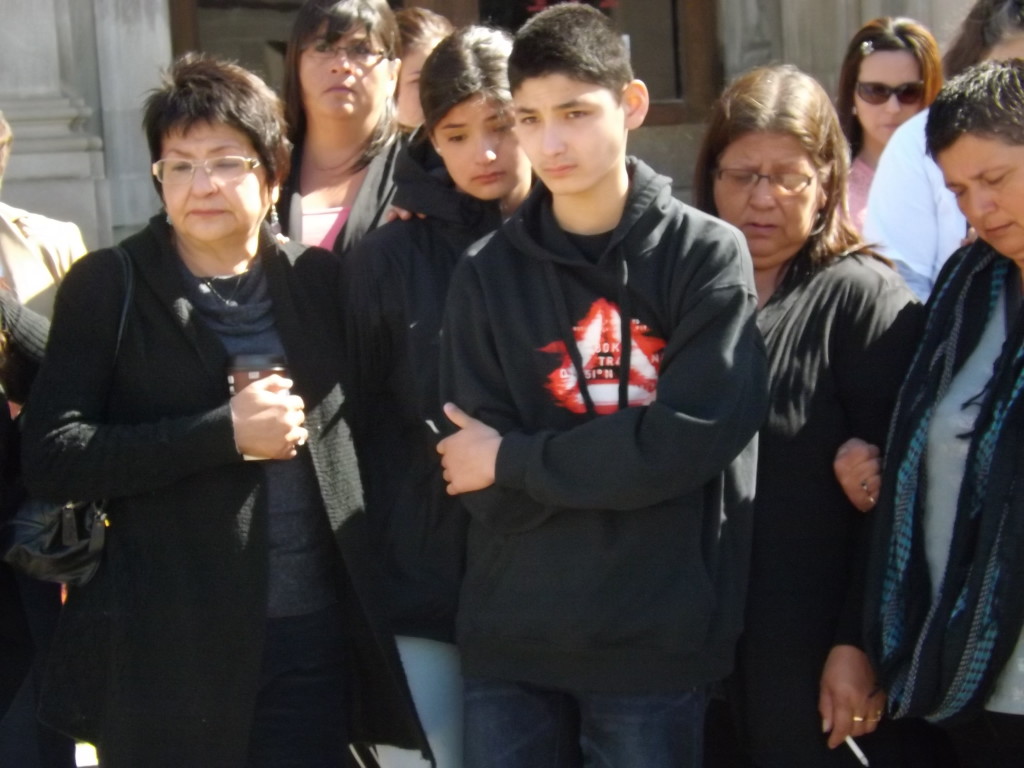 In 2007, an expressway was built to divert highway traffic away from the Garden River First Nation reserve, addressing safety concerns. Just over 1100 people call this reserve home. Villagers often travel along the main corridor by foot and dozens of homes dot both sides of the highway.

In an interview last week Chief Syrette, commented that when the new bypass opened to traffic almost 10 years ago, traffic through the reserve noticeably decreased- for a while. “When they first threw the switch and opened the bypass it served its’ purpose in the early stages. But as the years went by, people realized that if they took the bypass it was longer- 10 or 15 minutes longer. And then we would hear concerns about not enough lighting on the expressway. And so the traffic started to swing back through the reserve, back through 17B. That started to create risk –again, for our people travelling the highway by foot.”

In the past there has been some discussion about creating a toll booth for highway traffic wanting to travel along highway 17B through Garden River. Chief Syrette passionately emphasized that highway traffic should be using the bypass.

“Please use the bypass. That is what it is for, to keep our members safe. I understand that we are part of a provincial highway but if Terry Mosher had used the bypass that night Jessie would be alive right now.”

In his decision Kwolek stated that he was not satisfied beyond a reasonable doubt that Mosher was guilty of obstruction of justice. 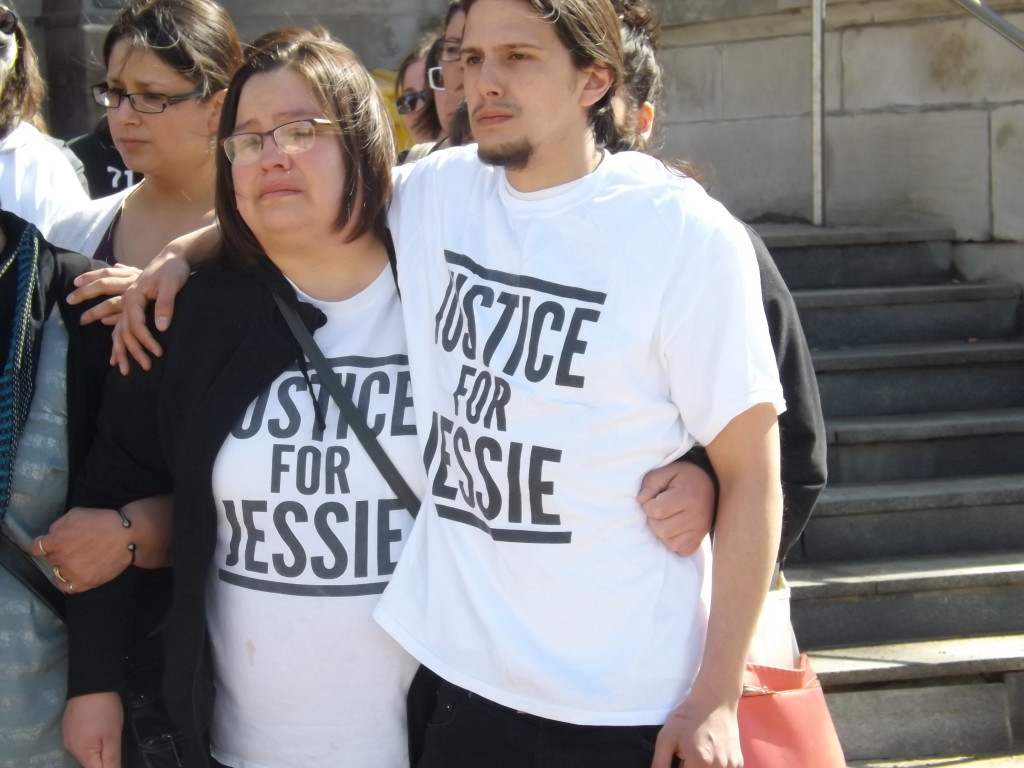 Chief Syrette summed up his feelings of today’s events at the Sault Ste. Marie Courthouse. “There was an opportunity for Terry Mosher to apologize today and he did not do that. And this is what this is about. If he had been honest and admitted that there was an accident we wouldn’t even be here today. He hasn’t shown any shred of accountability through any of this. There has been no acknowledgement to the family about what he did.”

Related: Jessie James Roach: A Legacy Beyond Highway 17B