Trending
You are at:Home»Raw»Deadly Synthetic Fentanyl and Carfentanil: “A Scary Reality” in Sault Ste. Marie
By Steffanie Petroni on April 4, 2017 Raw

Since January 1st 2017, 50 overdoses have been reported in Sault Ste. Marie according to Constable Sonny Spina. But that number may not be entirely accurate.

“Not all overdoses are reported,” remarked Desiree Beck, Chair of the Sault and Area Drug Strategy as well as outreach worker with the Group Health Hep Care program. “A lot of people are choosing to deal with overdose on their own and we’re hearing about 8-9 overdoses every week.” Beck’s estimate puts overdose incidents closer to 100 since the beginning of 2017. 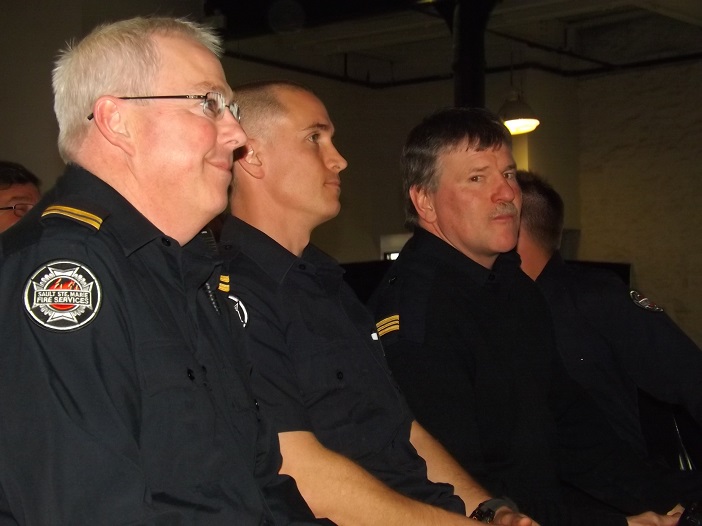 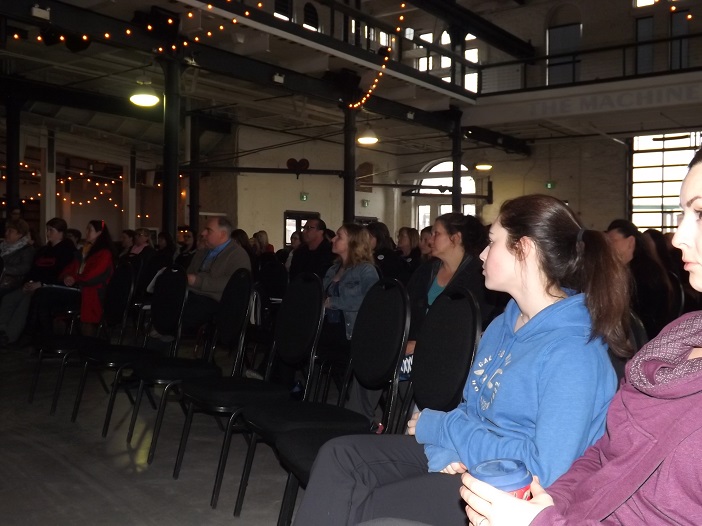 Well over 150 people attended last night’s Town Hall organized by the SSMADS in response to concerns from community in reaction to recent media reports highlighting various issues associated with addiction and treatment in the Sault. SSMADS is composed of 16 community partners representing a spectrum of services from enforcement to education to mental health and addictions services.

“It’s amazing that we have a community willing to come out and chat about an issue that is affecting a lot of people,” remarked Beck. “We are working behind closed doors so a lot of times people don’t know that we exist or know what we are doing. What we are doing is coming together and trying to address drug use in our community. It doesn’t mean we’re coming up with a solution or that we’re trying to eradicate drugs –we know that doesn’t exist. But we’re saying we’re going to work together to address the needs in our community.”

Staff Sargent Brent Duguay, a SSMADS member, addressed that the presence of synthetic fentanyl is a priority concern in the Sault. “It’s a wave coming across the country and it’s crashing here soon. It’s scary to understand how devastating this drug can be on a community.”

Constable Spina underpinned that synthetic fentanyl poses a real risk to all drug users –hardcore or recreational, due primarily to the fact that the synthetic can be present in myriad illicit substances.

“We’ve had at least one overdose call in recent history. As you can imagine these analyses take some time to come back –it could be months,” remarked Spina “In this particular case several months ago, an individual who intentionally purchased cocaine died of an overdose. That drug was analyzed as fentanyl and he had 10 times greater potency in his blood than what his body could physically handle. That person died of a fentanyl overdose though he intended to consume cocaine.”

According to Duguay synthetic fentanyl is produced in factories in the U.S. but the majority of the illicit product is being produced in China and entering Canada via traditional smuggling routes. Enforcement across the country have identified British Columbia, specifically Vancouver, as the Canadian launch point for the movement of the drug throughout the rest of the country.

Addicted in the Sault (part 3 of 3): Skimming Off the Bull

Duguay also acknowledged that in recent news carfentanil has caused alarm across the country. 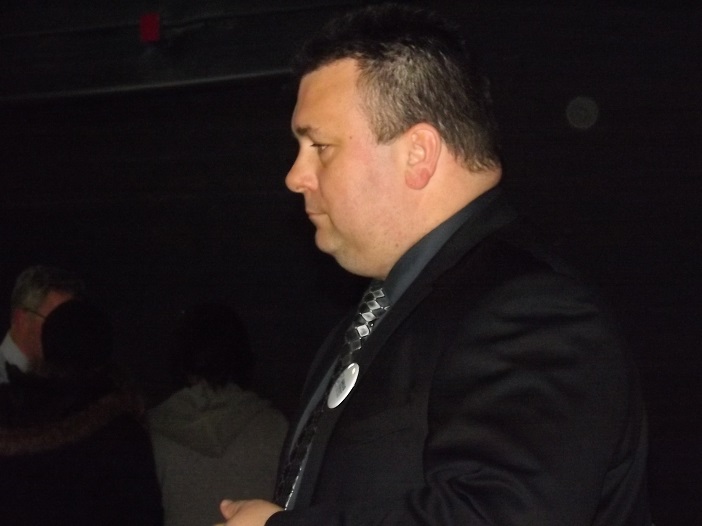 Carfentanil, a synthetic of fentanyl, has made its’ way into Canadian communities. Carfentanil is 100 times stronger than fentanyl and 10,000 times more potent than morphine. Carfentanil was first synthesized in 1974 and used to sedate large animals, like elephants. Carfentanil has never been approved for human consumption and the effects of less than one microgram –invisible to the human eye, can be felt by an individual. Just 20 micrograms, less than a grain of salt, can be fatal to a person.

Carfentanil isn’t exclusive to hardcore drug users. Typically injected, swallowed or absorbed through the skin via a patch, in Canada and the United States carfentanil is also cut into heroin, cocaine and other illicit substances.

“Health Canada has only recently developed a test for carfentanil,” commented Duguay. “It has been showing up in S.O so I’m going to suggest it has come here. We don’t have any confirmed cases but the truth is we don’t know what’s in the fentanyl being shipped here.”

Other members of the SSMADC addressed access to life saving Naloxone kits. Naloxone is an opioid antagonist. In an earlier interview with the Northern Hoot, Beck explained, “Naloxone goes to the receptors in the brain and pushes out the opioids you’ve taken. The naloxone securely fits into those receptors and knocks a person into an immediate withdrawal.”

Back in June 2016, the province announced that Naloxone would be made available at local pharmacies without a prescription and free to opioid users, those at risk to use opioids and family or friends of someone at risk to overdose. The accommodation will save lives no doubt but health professionals and police across the province and the country have expressed concerns that the prepared Naloxone dosage is losing effectiveness in fighting more potent analogues of opioids that have recently presented on the street and in the mainstream.

In Sault Ste Marie, naloxone can be obtained at Jon’s Medicine Shoppe on Second Line, the Medicine Shoppe on Great Northern Road, Merretts Pharmacy on Wellington Street, and at the OATC on Queen Street. The Group Health Centre also runs a naloxone program and is one of 16 programs across the province mandated to provide the lifesaving drug to people who use drugs or loved ones of people of who use. In an attempt to eliminate barriers to harm reduction, individuals seeking to obtain naloxone through Group Health do not require a health card. Algoma Public Health is aiming to deliver a similar naloxone strategy in the near future. 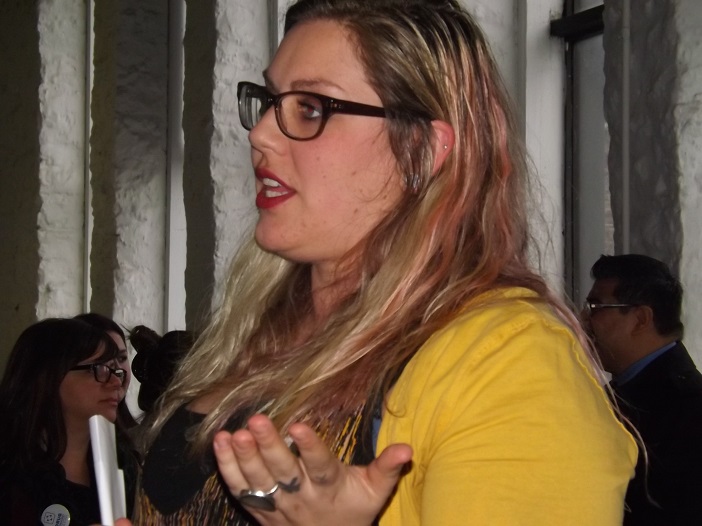 “I think important to point out, because every day I work with people who use drugs, is that all of the people I work with know the scary reality of using drugs,” remarked Beck. “They know, even though they are using drugs, that drugs are unpredictable and feel the impact that we as a community are also feeling- it’s scary. So amongst community partners when we hear about bad batches of drugs we are sharing that information because we want to make sure that people are as safe as they can possibly be.”

On Friday, April 7th, from noon to 6 p.m. the SSMADS is hosting an Addiction Information Fair at the Indian Friendship Centre. The event aims to highlight local services that can provide support to individuals or loved ones living with addiction. 22 organizations are expected to be represented at the event.