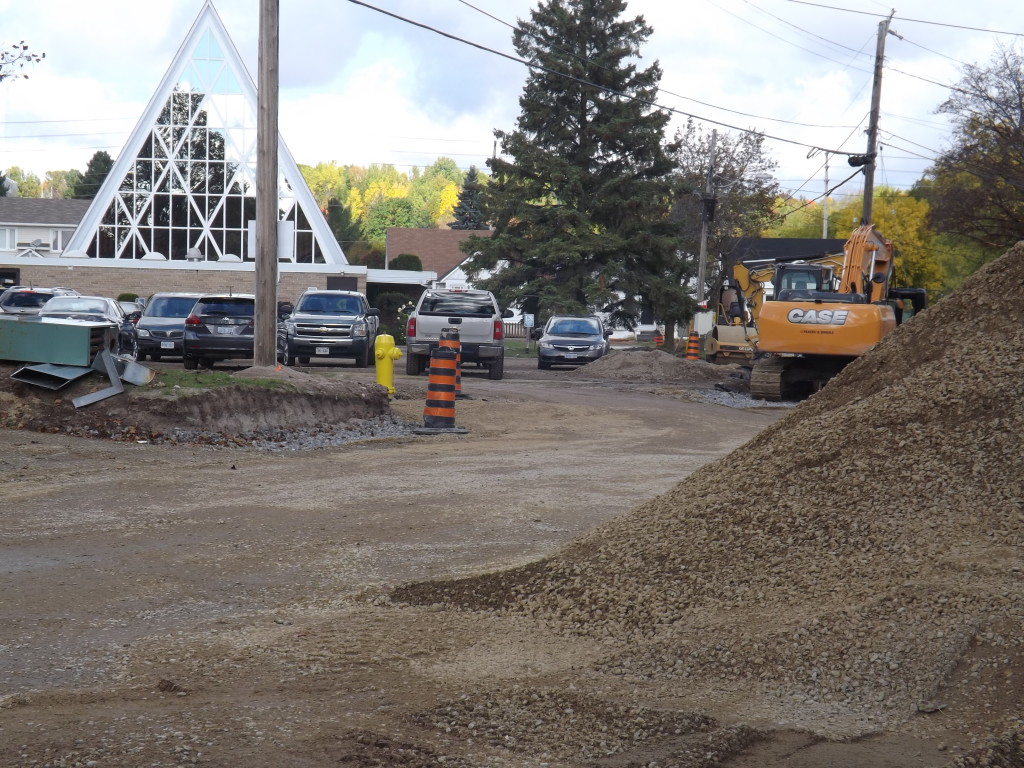 Casting her vote early this year, Sault Ste. Marie resident, Peggy Lauzon, expressed frustration with not only the length of time she waited from the end of the line to casting her ballot –one hour in total, but also with the challenge in accessing her advanced polling station. Located on Upton Rd., Zion Lutheran Church has been situated at the top of what has been one of the many lengthy road construction projects in the Sault.

“My advanced voter card said that Zion met fifteen barrier free requirements. It doesn’t matter how barrier free the building is if you can’t get to it. You can only access Zion by Upton Road. Under the circumstances it was just a ridiculous place to put an advanced polling station,” remarked Lauzon.

According to Lauzon, parking was also an issue exacerbated by lengthy wait times and construction.

The Elections Canada website lists only one advanced polling station in Sault Ste. Marie- Zion Lutheran Church located in the east end of Sault Ste. Marie. When Lauzon arrived there were already four line-ups trailing through the hallway comprised of folks on their lunch hour, elderly using assistive devices to walk, people wanting to get the vote ‘over with’ and people requiring the option due to other commitments on the big voting day. 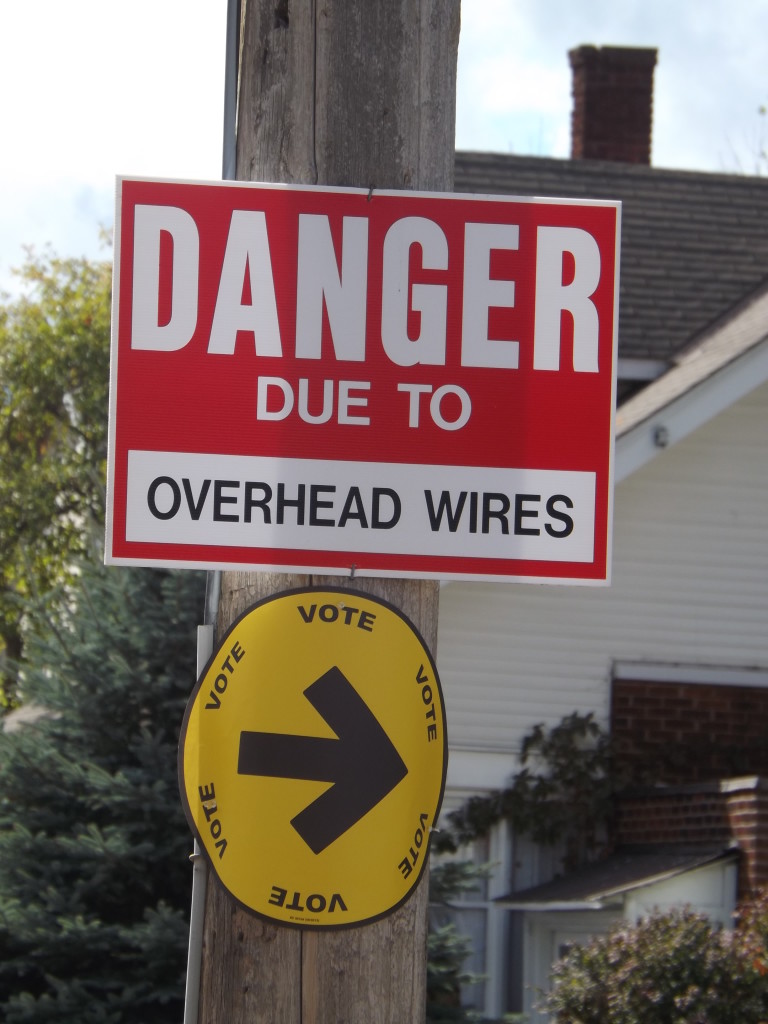 “A lot of people were angry and frustrated,” shared Lauzon. “Most people were there on their lunch hour and they turned around and left knowing that they weren’t going to get through the line. Elderly people were leaning on their canes or on their neighbours. Elections Canada staff weren’t watching out for that. People in the line-up were helping by getting chairs for older voters and offering to come and get them when it was their turn to vote.”

New procedures introduce through the Fair Elections Act added to the lengthy wait times. Of her experience finally reaching the voting desk Lauzon noted that volunteers also seemed frustrated with the new process.

“When you get to the voter desk they don’t just check-off your name anymore. Your information has to be found and your name printed and your signature procured. Then when you go to cast your ballot the next person can’t advance to the desk until you’ve voted and left the voting station. After an hour of waiting it takes about another five minutes to actually cast your vote,” recalled Lauzon.

“On the upside,” she added. “Obviously people care enough to come out in droves and vote.”

This election, Canadians get one extra day to cast their advanced vote. The additional day is part of the Fair Elections Act introduced in 2014. Since its’ introduction, the Act has stirred a fair amount of controversy. Critics of the Act suggest that rules make it more challenging for Canadians to vote. 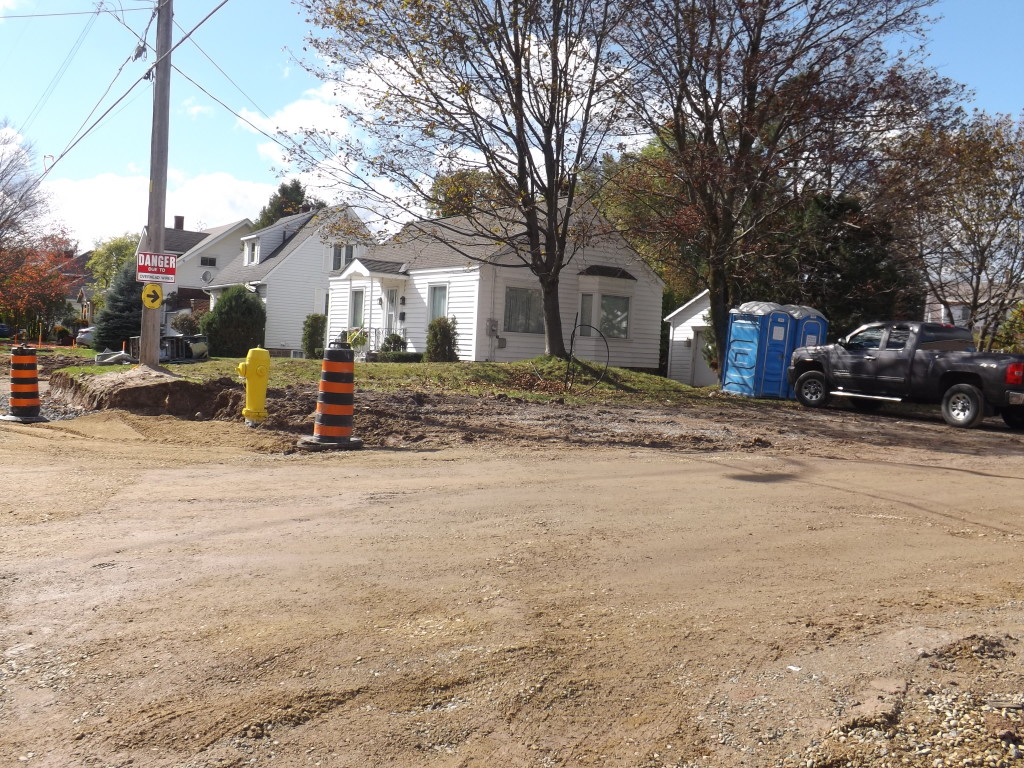 “No silly! Those blue cubicles are porta-potties, not your voting booth.” South end of parking at advanced polling station on Upton Rd.

The Act prohibits use of the voter information card as a document that can be used as proof of residency. Concerns lie with students away from home, seniors in long-term care homes, aboriginals and homeless people who may not possess the necessary ID demonstrating their address. Changes to the practice of ‘vouching’ have also been implemented by the Conservative government this election. Where once a voter with proper identification could vouch for another person’s identity, voters will now require some documentation proving their identity but can have another person vouch for the address.

Other laws enforced by the Act include restricting the role of Elections Canada. Prior to the Act, Elections Canada could target certain groups, such as youth, to vote. Now Elections Canada is only permitted to inform citizens about: how to become a candidate; how to get on the list of electors; how to vote; what is needed to vote and what services are available to assist voters with disabilities.

“If you look at the new rules it’s the incumbent party that sees how well the vote is being carried out- not Elections Canada. Elections Canada should have its’ own powers and it should be acting independently of any party,” remarked Lauzon.

The Act also allows political parties to increase their spending if campaigns run longer than 37 days. There are 78 days of campaigning this election and this has critics concerned about the advantage this gives to Conservatives who have a bulging wallet.

Advanced polls are open until the 12th of October.