Trending
You are at:Home»Agriculture»A Chef, a Restaurateur and a Farmer: Dinner is Served
By Steffanie Petroni on September 23, 2016 Agriculture

When Executive Chef Paul Chiappetta envisioned a farm to plate dining experience for Quattro Vinotecca customers, the owners of the establishment –Joe Ruscio, Dave Ruscio, Fausto DiTomasso and John Martella, agreed that the concept was a good one and timely. A serendipitous connection was made with Mark Petingalo, a man with farming experience and a dormant farm, and the vision became a reality. A recent announcement celebrated the launch of the initiative that established Quattro Farms as the first restaurant-owned farm locally and in Ontario. The business venture sets a new precedence for local restaurants whose clientele are becoming more concerned about what they are pushing into their mouths.

And for the regional agricultural community, the enterprise has invigorated a feeling of security in an industry that doesn’t often come with any guarantees. 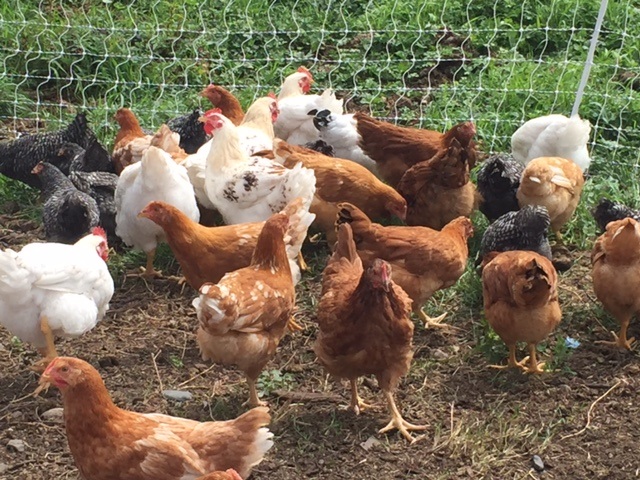 The owners have entered a 10-year contract with Petingalo who will oversee the annual raising of 5,000 chickens, 500 plus pigs and as many as 800 rabbits on five farms -so far, located in Thessalon and Massey all the way to finishing the product at the Birch Lake Abbatoir in Massey.

Beef was taken off the menu last year when Quattro switched the focus from chophouse style dining to the vinotecca or more ‘winecentric’ dining experience. Using the best local products for his dishes has always been Chiappetta’s modus operandi but he admits working with local beef has been somewhat challenging.

“When you’re trying to buy local beef you’re going through so much of only certain cuts. There was no one locally that could provide us with enough sirloins or strip loins without us having to take the whole animal –the off-cuts and by-products that go with it. And this is why we are not doing beef on the farm,” remarked Chiappetta.

Everyone involved in the enterprise agree that bringing a local product that has been humanely raised and fed ‘clean’ food is at the heart of this initiative. Petingalo explained livestock will be produced across several farms located within the same region –Thessalon with the bulk of livestock in Massey, to ensure that animals have enough room to roam. “You can’t have healthy animals if you’re raising them in crowded conditions and large quantities,” he said.

The local initiative includes the development of livestock feed that is free of GMO’s, containing mostly peas and barely and animals will be able to root on their natural surroundings. As well, a company has been sourced to develop a non-GMO rabbit feed for Quattro Farms.

“All of the livestock will be raised in the same area and fed the same feed,” explained Petingalo. “This ensures that the finished product is the same size and tastes the same.”

And since the animals are finished close to home they are not exposed to traumatizing travelling experiences prior to slaughter which lessens the likelihood that the quality of the final product will be affected by stress and anxiety in those final moments.

Petingalo and his wife switched to an organic lifestyle over twenty years ago after his wife experienced renal failure. Twenty-three years ago the couple purchased a farm in Thessalon but when Petingalo fell ill to the very same disease as his wife he was too weak to keep the farm going. Eight years ago he required a transplant and the farm became inactive, housing only a few horses and a couple of goats. When Petingalo was approached by Quattro in January 2016 his farming dream was resurrected.

“I love the idea of being able to do this. I think clean food and sustainable farming is important. Something like this keeps our farms going. Having this opportunity is just amazing. I was ready to sell the farm otherwise. I would have had to let it go,” shared Petingalo. 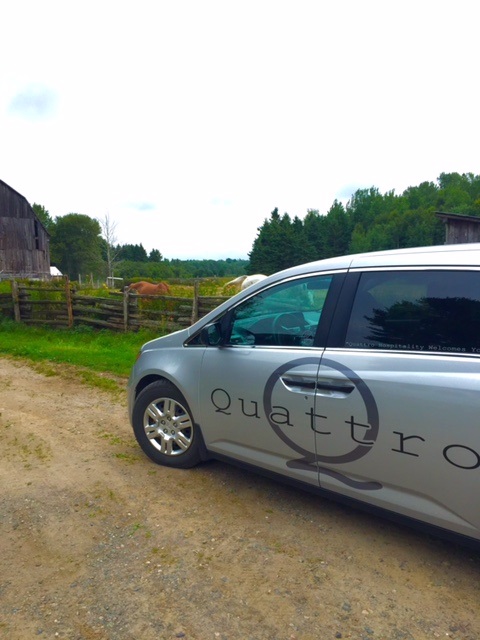 Of the arrangement Chef Chiappetta says it’s a win-win. “We will fully fund the operation and the farmer retains ownership of the land. It was a bonus for both of us. We have someone that we can trust and we know exactly how he raises his animals- he loves them.”

Co-owner, Joe Ruscio admits that the undertaking is “risky” but that everyone “loved the idea and thought it made a lot of sense.”

Remarked Ruscio, “When you have a guy like Paul Chiappetta who is so talented it’s easy to place a lot of trust in him. I think it’s really important to support him and give him the flexibility that he needs. As an owner I believe in Paul and his entire team. I believed it was important to support Paul and his vision for Quattro Vinotecca. The entire team is just passionate about their culinary art and serving quality dishes is what really drives them.”

While it is not uncommon for restaurants to own farms in Europe finding a comparable model in Ontario was impossible. “It makes it a bit more difficult to know what you are doing or what to expect,” remarked Ruscio.

Ruscio elaborated that supporting local, raising healthy livestock and knowing where his customer’s food was being sourced were aspects that made his decision to support the concept of a restaurant owned farm a bit easier. “I’m an accountant by trade but I took off the accountant hat and decided to follow my gut. It felt right.”

Chiappetta and his staff are thrilled to be working with a high quality product. “The chicken tastes like chicken, we don’t need to overwork the meat with spices and tricks to make it taste good because it already tastes amazing. It’s true raising a chicken for the plate takes a lot more work than ordering a box of boneless, skinless chicken breasts but it is very much worth it.”

Of the owners’ investment into the farm Chiappetta reflected, “The owners had to have a lot of faith not only in me but also the restaurant. It is a huge upfront investment and some of costs will be ongoing but in the end we are differentiated by quality food and we’re supporting local and we’re supporting the humane raising of animals.”

Underscoring the expense of the endeavor Chiappetta added, “I think a lot of people miss that point. The owners are paying for the purchase of farm equipment and all the feed to slaughter fees. It’s not an inexpensive thing to do. Tractors, trailers, trucks are being purchased and to raise one piglet to slaughter weight it needs one ton of food. And we are using good feed that doesn’t have GMO’s in it which means it’s expensive.”

The endeavor reaps economic gains throughout the region. Quattro Farms provides a secure, year-round livelihood for 10 farmers –for a minimum of 10 years. Petingalo anticipates that full-time positions and student positions will be introduced over the years and as the farm expands operations to produce vegetables and fruits year round, employment numbers are looking very hopeful for the sector. The indirect revenue is also notable as area farmers invest in retrofitting barns, buying local lumber for fences and pens and sourcing their feed through local companies.

“And of course we’re making money so we’re spending locally,” remarked Petingalo. “All of us agree that we would rather get our stuff locally. Everything.”